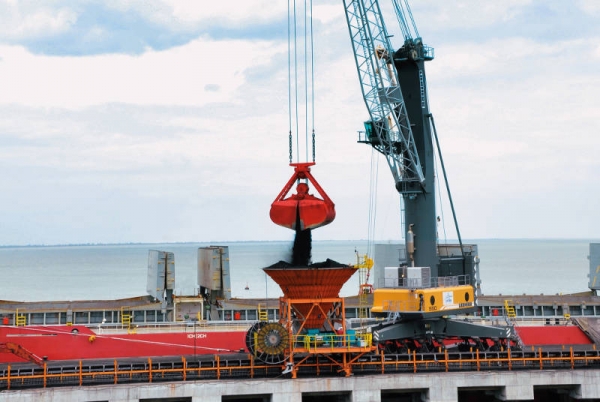 Liebherr Maritime Cranes is about to set a new record for mobile harbour cranes in terms of annual deliveries and annual turnover, exactly 40 years after delivering the first crane of its kind.

Although final figures cannot be confirmed at this stage, there is every indication that this yearâ€™s results will top the delivery record of 2008, when 102 units were shipped worldwide.

May was the most successful month this year, with 20 new order intakes worth more than US$75 million.

â€œThis year, we expect our market share to be in the range of 70%, underlining our market-leading position.â€

Liebherr has supplied more than 1,200 units to nearly 100 countries across the globe.

In June 2014, LiebherrÂ launched what they claim to be an innovative piece of technology called â€˜SmartGripâ€™, which optimises grab filling rates for cranes in a self-learning manner.

Several cranes all over the world have already been equipped with the SmartGrip technology.

Wildcat Crane sets 58′ Christmas Tree in Ft. Worth with a Grove TMS9000E