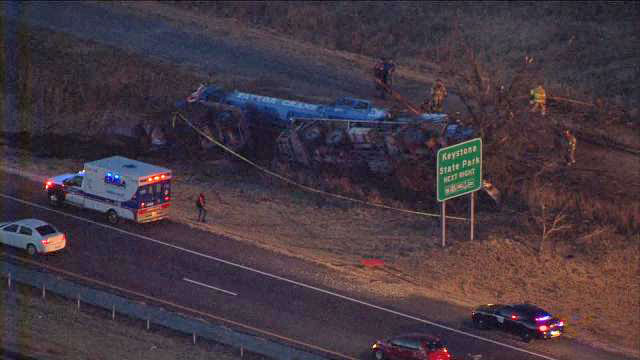 SAND SPRINGS, Okla. â€” The Oklahoma Highway Patrol says a Catoosa man was killed when the crane he was driving crashed near Sand Springs.

The report says Lundgren was eastbound on U.S. 412 shortly before 5 p.m. Wednesday when the left front tire blew out and the crane crossed westbound lanes of traffic before crashing into a tree and rolling onto its side â€” then crashing into a second tree.

The OHP says Lundgren was pinned in the wreckage for about six hours.