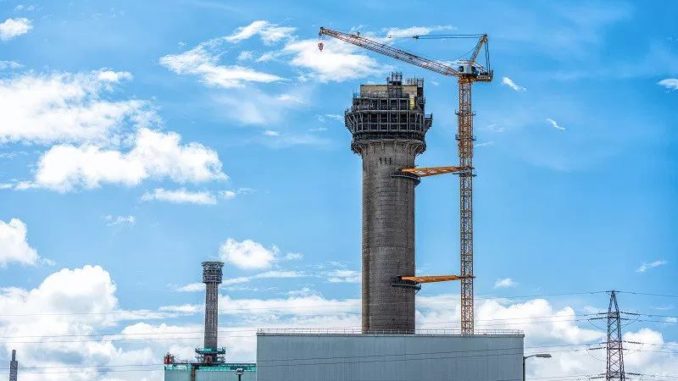 A luffing jib crane has been erected to a height of 152 metres at the Sellafield, UK nuclear power plant in Cumbria to help bring down a redundant chimney stack.

he Liebherr crane, the tallest structure ever built at Sellafield, will begin work this autumn to remove and lower chunks of the chimney cut out using diamond wire saws.

It has been erected on specially commissioned piled foundations and is tied to the stack in three places.

The decommissioning is being carried out by the ADAPT consortium, comprising Arriva, Doosan and Atkins, for the Nuclear Decommissioning Authority (NDA).

NDA programme director Duncan Thompson said: “The complex task of decommissioning and demolishing the Windscale Pile One stack has reached an important stage. It is another example of the ingenuity that goes into solving the UK’s decommissioning problems. Once demolition begins it will be a very visible demonstration of the work being done to make Sellafield a safer place.” 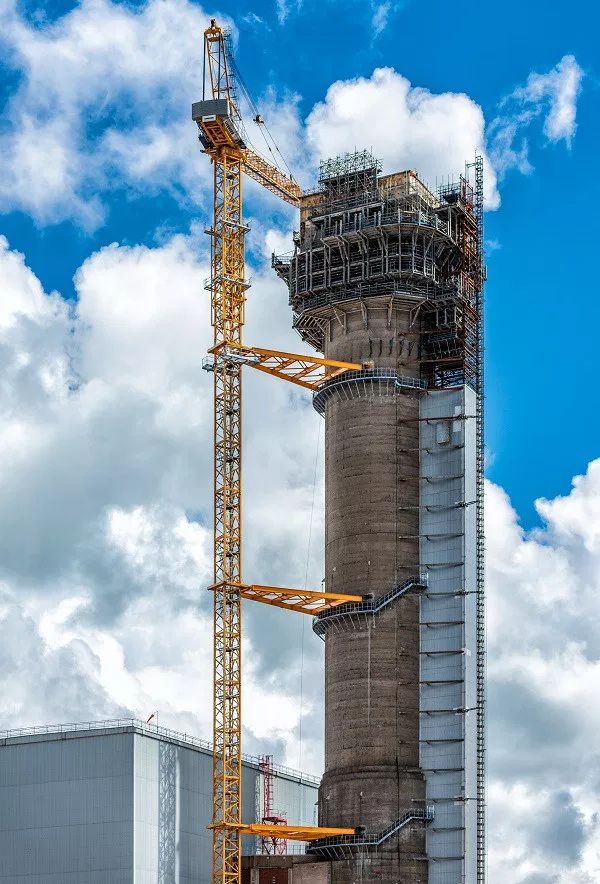 The Windscale Pile One chimney, with its distinctive top-heavy appearance, has dominated the Sellafield skyline for nearly 70 years.

Famously, its filtration system was a last-minute addition, placed unusually at its summit. Despite being mockingly referred to as ‘Cockroft’s Folly’, after its designer Sir John Cockroft, it turned out to be a masterstroke. When fire broke out in the Windscale Pile One reactor in 1957, the sky-high filters captured an estimated 95% of the radioactive dust created.

Now, the chimney is coming down and the first piece to go will be the square-shaped diffuser at the top.

The deconstruction will result in 5,000 tonnes of waste rubble, with varying degrees of radiological contamination.

Sellafield project engineering manager George Frost said: “We’re making visible progress on this demolition, and it won’t be long now until we start to see the diffuser removed. The chimney is one of the iconic legacies of Sellafield’s past, so the skyline change as the chimney is removed will be significant.

“This has been a challenging piece of work, so everyone is pleased to see work progressing. This is thanks not only to the Sellafield and supply chain teams involved now, but over more than a generation.”