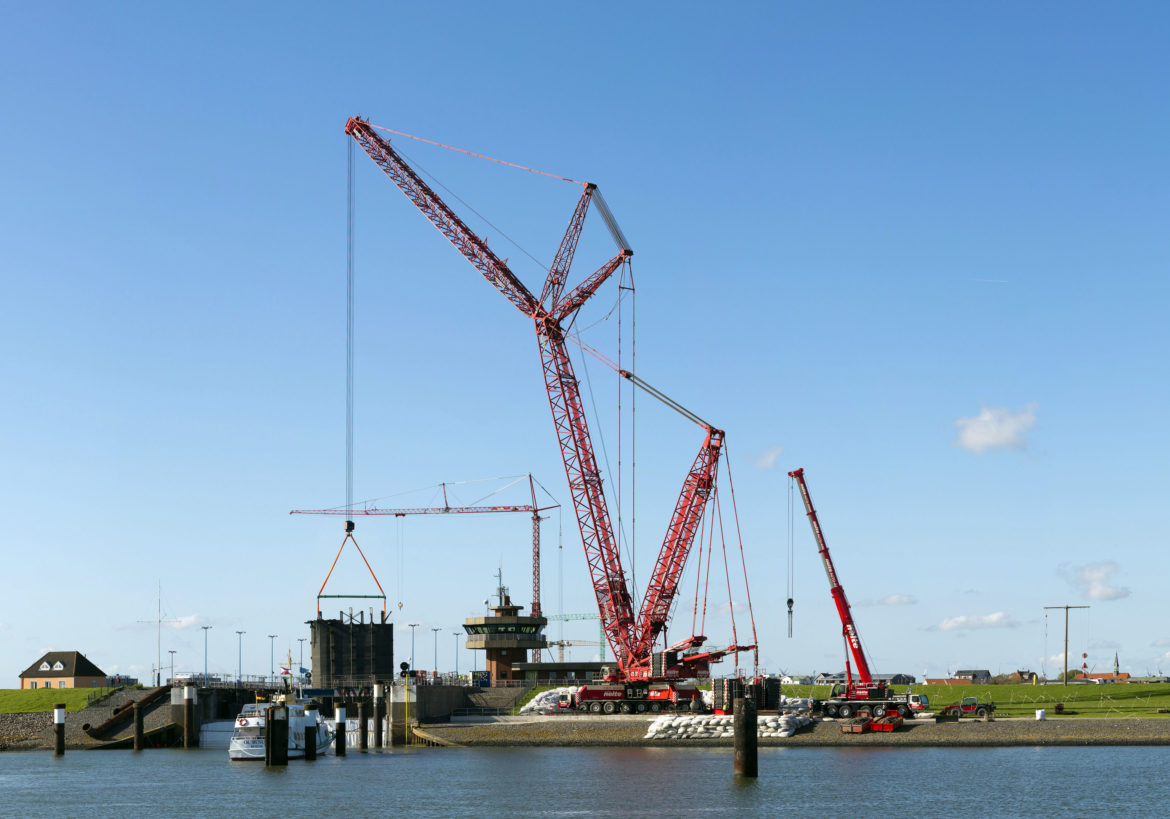 All six gates on the barrage of the fishing and yacht dock had to be removed for the refurbishment of the dock gates in Büsum. A Liebherr LG 1750 lattice boom mobile crane had a genuine challenge on its hands, namely hoisting the 90 tonne steel gates. With a radius of 67 metres, the massive crane had to manage a gross load of over 100 tonnes. 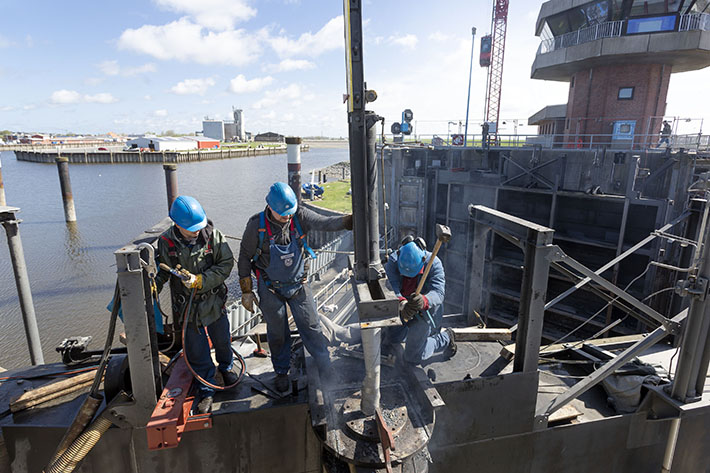 Flame cutters and sledgehammers – after 35 years of use, this lock gate took a great deal of work to release it from its anchoring.

Over the last few months the lock gates on the barrage at the dock in Büsum have been undergoing general refurbishment, some 35 years after being commissioned. Crane contractor Nolte from Hanover sent three Liebherr cranes to the site on the North Sea coast for the hoisting work involved in the process. In addition to the LG 1750 lattice boom mobile crane, an LTM 1200-5.1 was also on the site to take care of the set-up work. An MK 88 mobile construction crane was also used on the gates to complete minor hoisting work and build the so-called emergency barrier. The emergency barrier, made of steel girders and a large number of pipes, was required to seal the dry dock chamber from the sea and the dock. 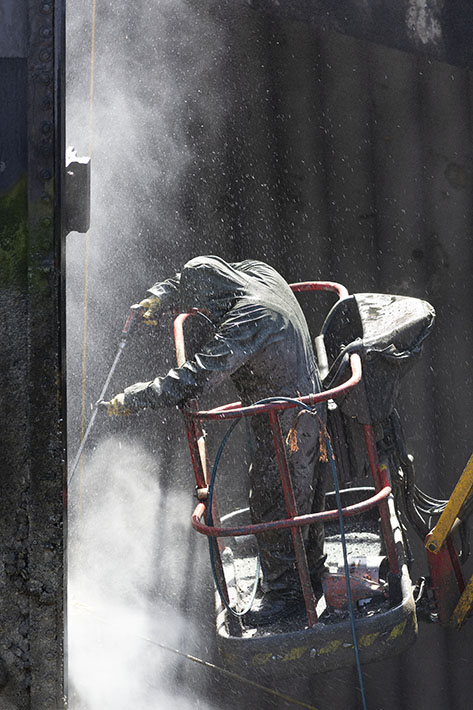 High pressure cleaning – tonnes of oysters and mussels are jetted off the gates.

Crane erection site on the dike completed in 2017

The most impressive phases of the refurbishment, however, were the hoists of the lock gates, which are as tall as houses. A site with thick concrete foundations was built for the powerful lattice boom crane last year on the sea side edge of the dike. From there, the LG 1750 had to hoist the massive gates out of their anchorings over the barrage building and place them in a frame on the bottom of the drained dock chamber for the refurbishment work. The 12 metre wide and 16 metre high gates meant a load of 101 tonnes on the hook block and lifting equipment.

To handle this load case at the enormous radius of up to 67 metres, the LG 1750 had been erected with a 49 metre lattice boom, a 56 metre luffing jib and the derrick boom. 570 tonnes of ballast provided sufficient counterweight for hoisting the steel gates.

Site manager Jürgen Peters: “The Liebherr LG 1750 was the ideal crane for this job.”

The crane job on the Büsum barrage was far from routine as a result of the load case and the radius, together with the very constricted available space. “The LG 1750 was the ideal crane for this job because the slewing range for the derrick platform was very limited,” explains Jürgen Peters, who planned the job and is responsible for major crane jobs at Nolte. At the beginning of June, he and his team completed the work smoothly and on schedule. Six weeks after the start of the 2.5 million euros refurbishment of the barrage, all the lock gates had been reinstalled. 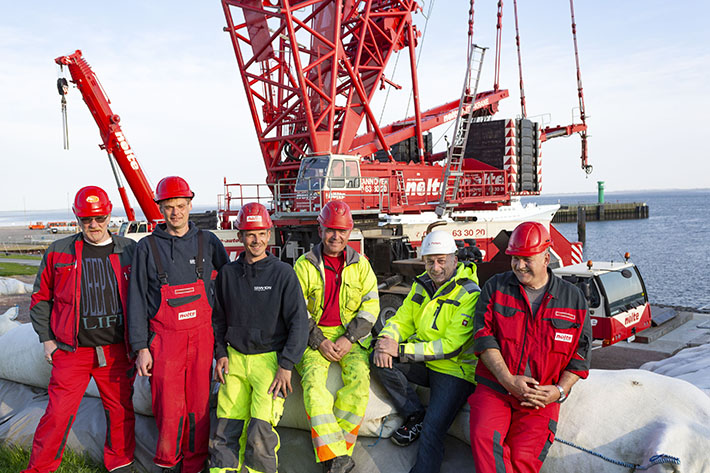 Complete professionals – the team headed by Jürgen Peters (2nd from right), who is responsible for major crane jobs at Nolte-Autokrane.

The Chicago Skyline in 2023