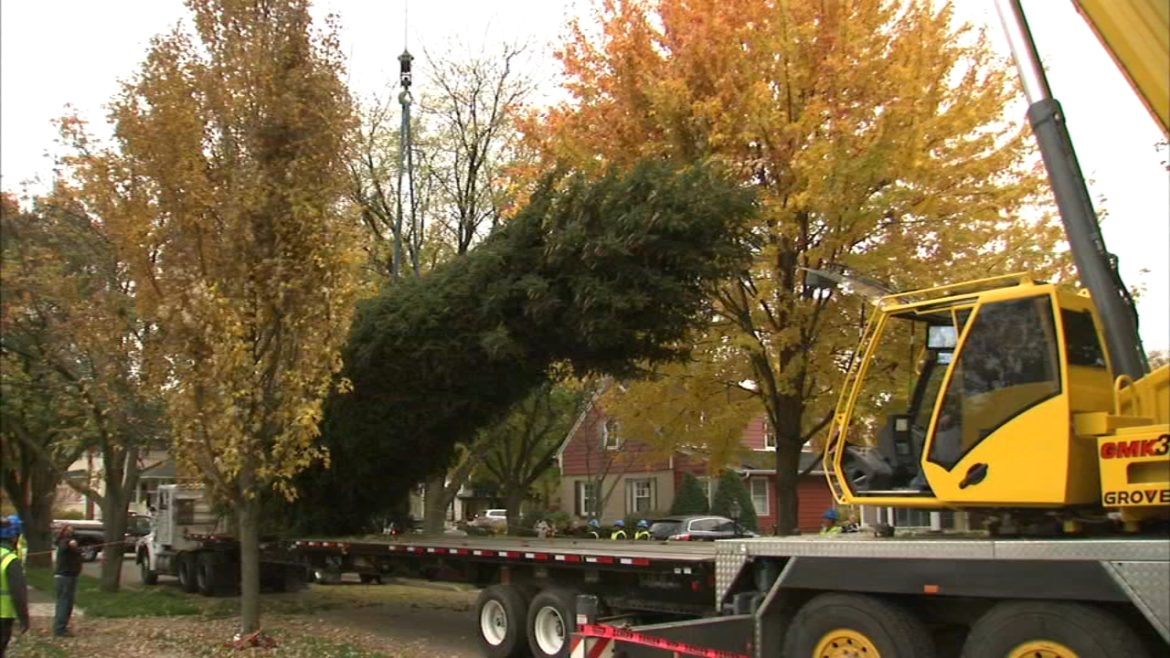 This year’s tree — donated by the Orth family in Elmhurst — was chosen by the city’s Department of Cultural Affairs and Special Events from a field of 79 candidates.

Throughout the years the city’s official tree frequently has consisted of many smaller trees. Since 2009, however, a single tree has been chosen by either a contest or nominations. Though the tree’s location has been changed several times since then — including a move in 2015 to Millennium Park — the lighting ceremony has always been a highlight of the holiday season.

The city’s first official Christmas tree was lit on Christmas Eve 1913 by Mayor Carter H. Harrison Jr., with heralding trumpets playing atop the balcony of the Chicago Athletic Association building. The 35-foot Douglas Spruce placed on 40-foot poles was studded with smaller trees to give the appearance of a much larger tree and decorated with 600 multi-colored lights.

The 35-foot Douglas spruce placed in Grant Park was a gift of F.J. Jordan, in honor of his deceased friend Capt. Herman Scheunemann. Scheunemann commanded the vessel known as the Christmas tree ship.