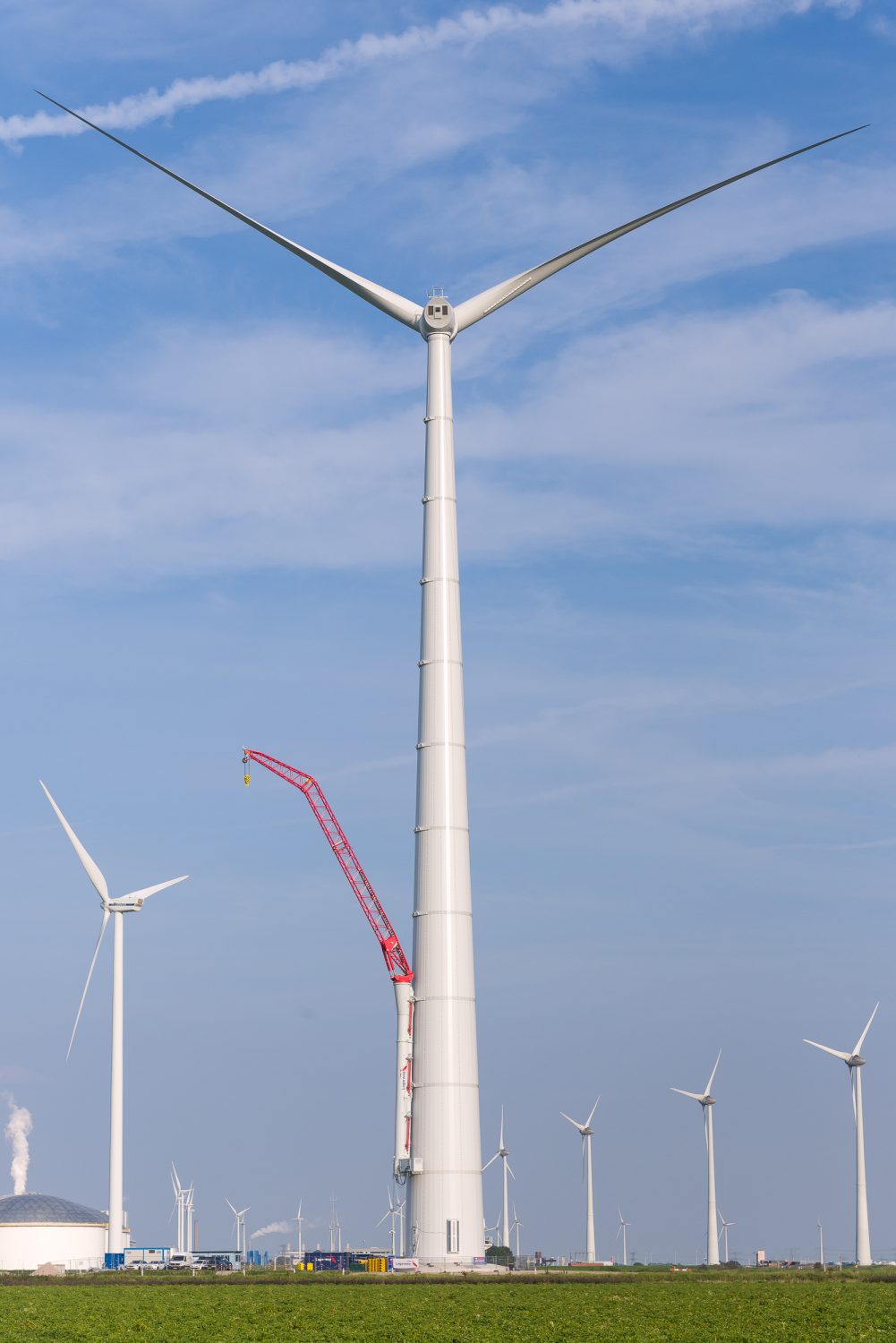 Lagerwey is testing the first climbing crane in the world to install wind turbines in the Netherlands. The company showed its first photos of the components used to construct the crane earlier this year. The crane, which is made of of more than 700 different parts built by more than 30 different suppliers, were delivered to Lagerwey’s production facility in March.

After assembly, the crane was extensively tested on the ground. Its climbing and hoisting abilities are now being carried out on the highest wind turbine in the Netherlands.

How it works is the climbing crane builds the wind turbine tower and then uses the tower to climb up. The crane essentially builds up and climbs independently. This solves issues with the large transport and long construction times of the cranes needed to build these tall wind turbines. Using the climbing crane also facilitates the installation of high wind turbines at sea because large construction vessels will not be needed.

The test will take several weeks. In October, Lagerwey will use the climbing crane to construct the second L136 wind turbine.

Watch as Ritchie Bros. Refurbishes a Manitowoc 888 Crawler in 60 Seconds