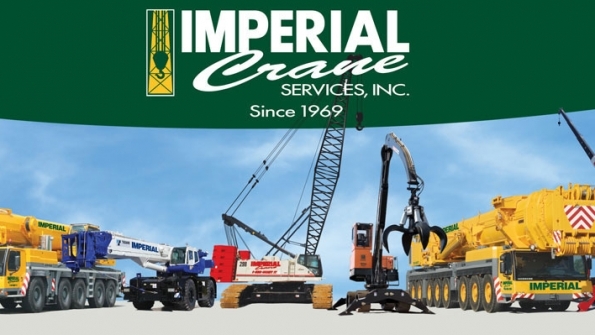 JOLIET, ILLINOISâ€“ A crane lift company is expanding to Joliet with the acquisition of Speedway Crane.

Imperial Crane Services acquired the company in December, and representatives said in a news release the acquisition is a move that will help accelerate Imperial Craneâ€™s expansion into the Joliet corridor. Imperial Crane is based in Bridgeview and has additional offices in Indiana and Texas.

â€œSpeedway Crane being located in the Will County area was very appealing to us as we continue to grow Imperial Crane footprint locally and nationally,â€ Ron Selby, the companyâ€™s worldwide sales director, stated in an email.

He also said Speedway Cranes has a â€œgreat safety record,â€ which has been part of Imperial Cranesâ€™ culture since 1969.Â â€œItâ€™s a great fit for us and for the Joliet corridor,â€ Selby stated.

Speedway Crane was established in 2002 by Mike Fitzgerald, who built a strong crane rental customer base in the steel and industrial fields, according to the Imperial Crane release. Fitzgerald was a crane operator for Imperial Crane from 1990 to 2002.

Fitzgerald said in the release that Speedway Crane will be a great fit for Imperial Crane because both companies have a strong focus on safety, customer service and retaining skilled employees.

Imperial Crane has provided crane rentals on daily or long-term lift projects to manufacturing and heavy industries for more than 45 years, according to the company. The company is ranked as one of the top 25 crane companies by American Crane & Transport.