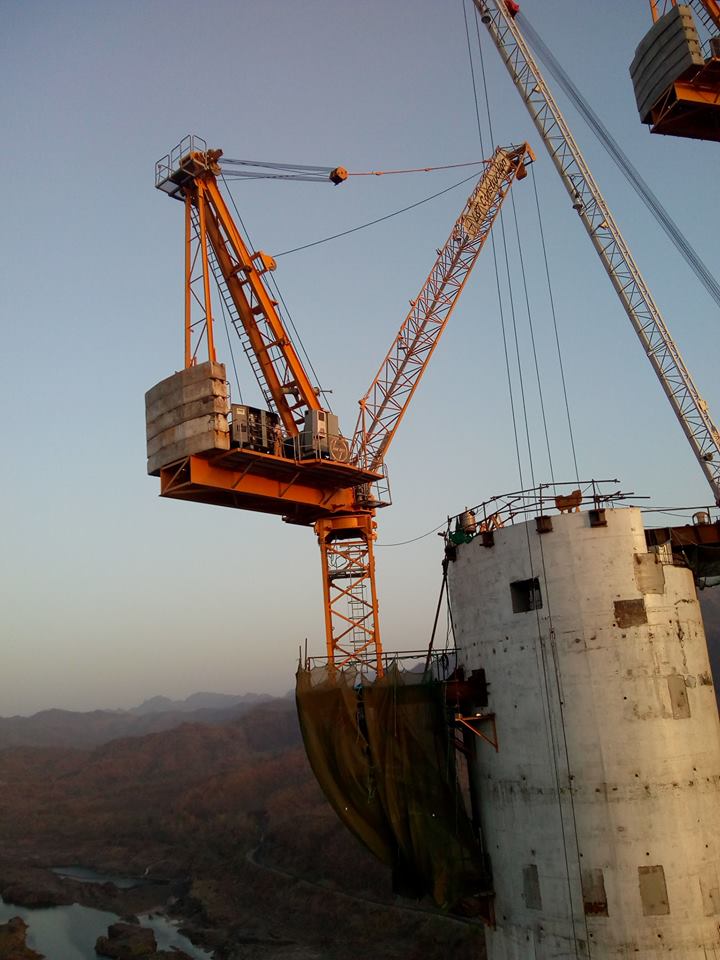 The bronze Statue of Unity pays tribute to Sardar Vallabhbhai Patel, a leader of the Indian independence movement who helped wrest the country from British control. 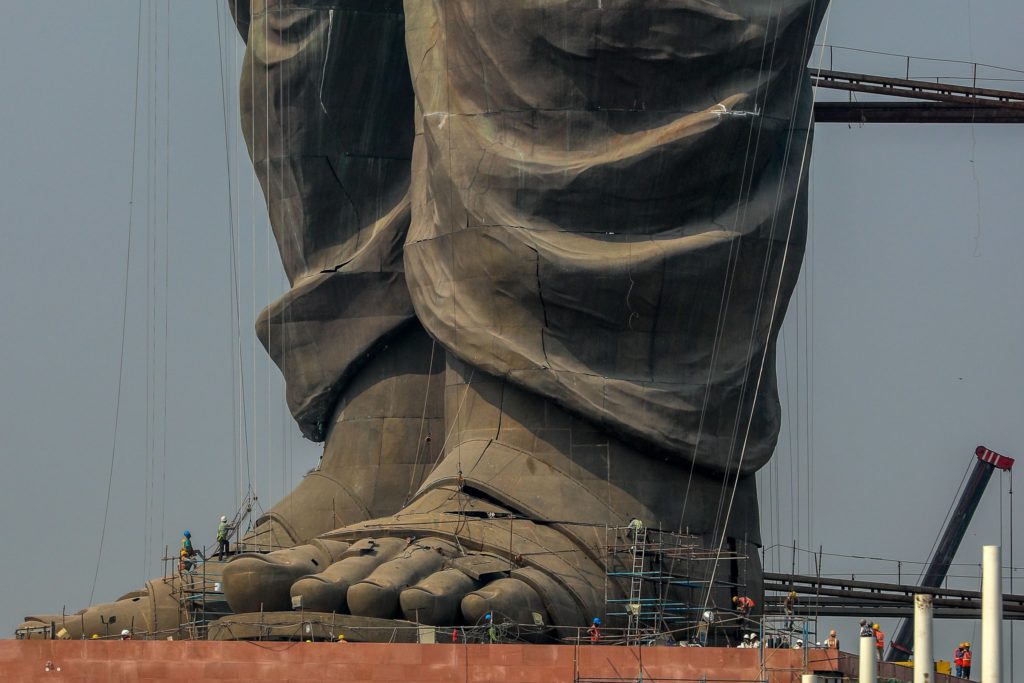 His big toe is roughly the height of a basketball hoop.

You’d have to climb 182 meters, or 597 feet, into the sky to reach the top of the Statue of Unity, the world’s tallest statue and a tribute to Sardar Vallabhbhai Patel, an Indian independence leader who was crucial in uniting a fractured country.

Prime Minister Narendra Modi was on hand Wednesday — Mr. Patel’s birthday, known as National Unity Day — to unveil the mammoth statue, which looks over green hills and the Narmada River in the western state of Gujarat.

For perspective: It’s almost twice the height of the Statue of Liberty, which, including the pedestal, reaches to 305 feet. Without her pedestal, it would take more than five Lady Libertys standing head-to-toe to reach the statue’s head (or four if you count the tip of her torch). 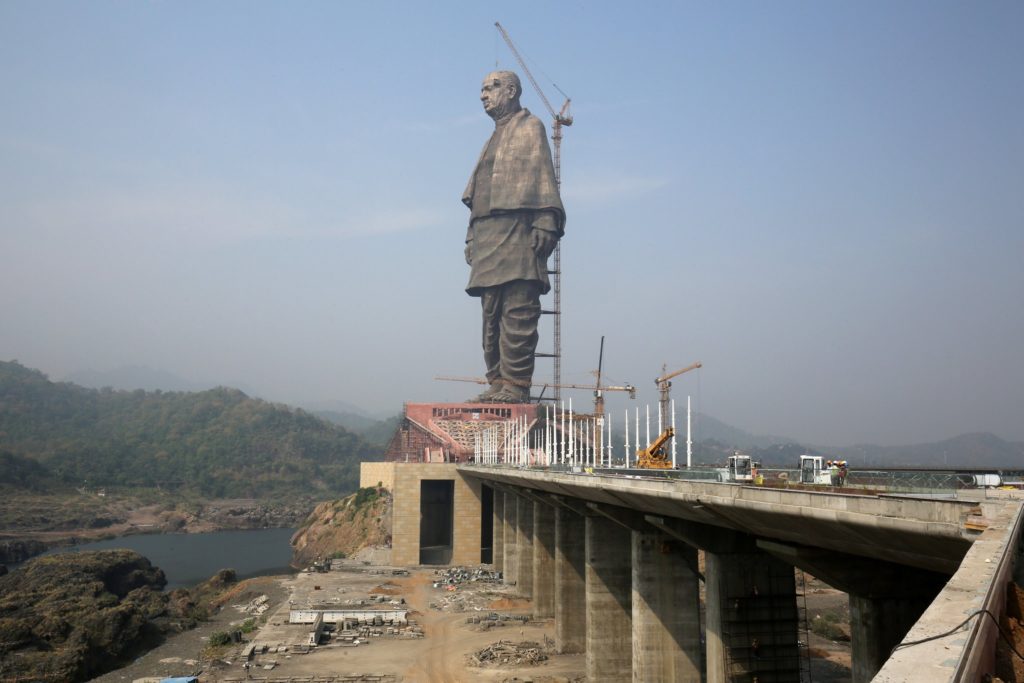 The statue was designed by Ram V. Sutar, 93, who is among history’s most prolific monumental sculptors. It opened over the objections of local tribal leaders who were upset by the destruction of land for the project and the $400 million price tag.

Current-day Indian politicians have been eager to associate themselves with independence leaders.

Mr. Patel was India’s first deputy prime minister and worked to bring together more than 500 princely states ruled by indigenous monarchs. He negotiated with the various rulers, persuading all but a few to join the newly formed Indian union within two years.

The statue claimed the title of the world’s tallest from the Spring Temple Buddha in Lushan, China, which reaches a height of 128 meters, or 420 feet. 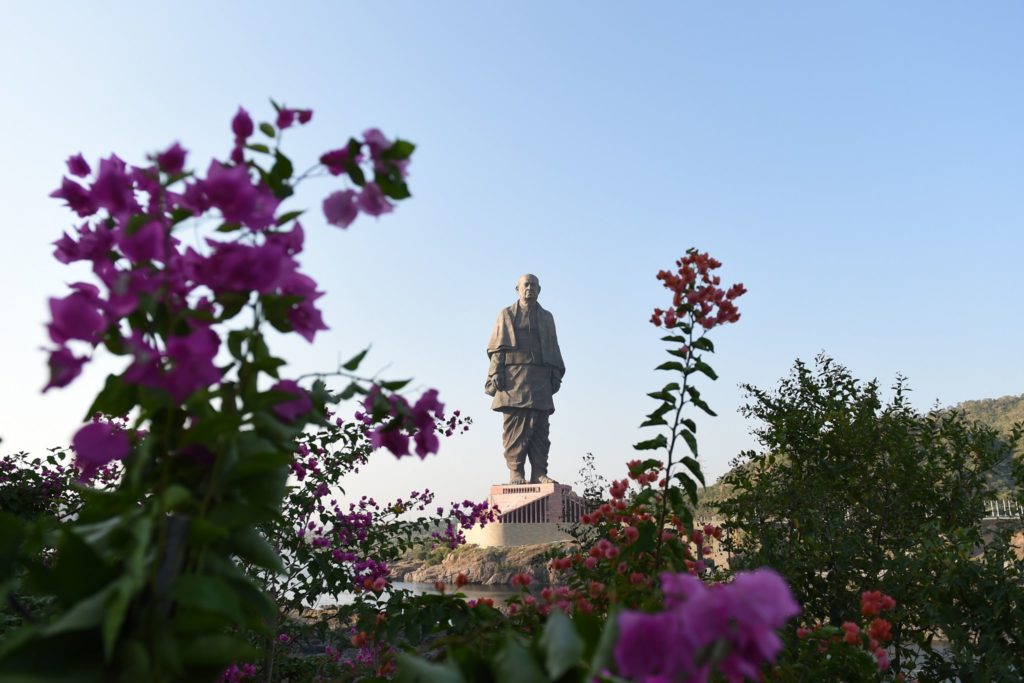 The Statue Of Unity, which was unveiled by India’s prime minister, Narendra Modi, on Wednesday.

But it will not remain the tallest for long. India is planning to open the Chhatrapati Shivaji Maharaj Memorial in 2021 on a 15-acre plot in the Arabian Sea, reaching 212 meters into the sky, or 695 feet. It will honor a warrior king who founded the Maratha Kingdom and died in 1680.