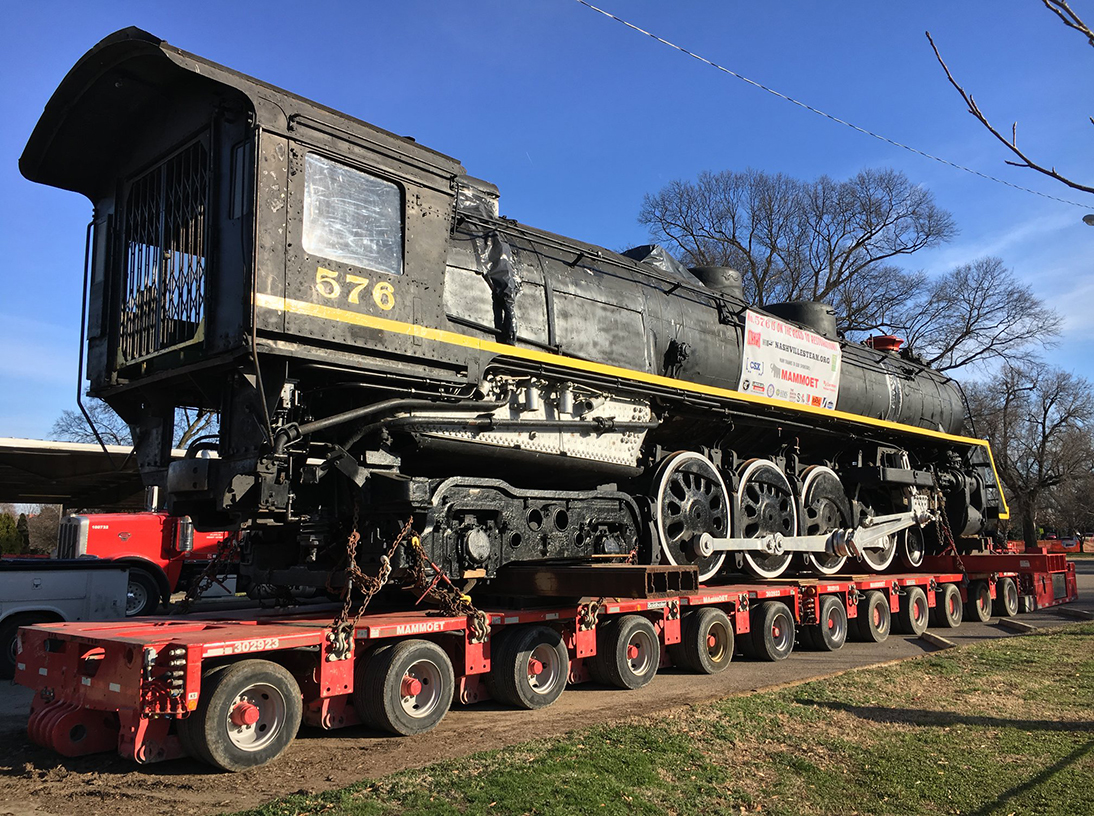 Mammoet has successfully completed the transport of the historic No. 576 steam locomotive from its previous location in Nashville’s Centennial Park in Tennessee, USA to live rail where it will receive additional servicing.

Mammoet’s crews jacked the 180 ton (360,000 lb.) train and secured it to 12 axles lines of PST trailers, followed by the jacking of a 65 ton (130,000 lb.) tender, which was placed on a Broshuis 9 axle trailer. Once secured, both the train and tender completed the successful transport to the live rail approximately 2 miles away. This was the first time the train had moved in 65 years. From the live rail it will be pulled to a restoration facility to undergo a complete mechanical overhaul.

Built in 1942, it is the last remaining J-3 class 4-8-4 steam locomotive designed and built by the American Locomotive Company for the Nashville, Chattanooga, & St. Louis Railway (NC&StL). The move is expected to take four to six weeks and restoration could take up to four years to complete. Ultimately, it will be returned to service. 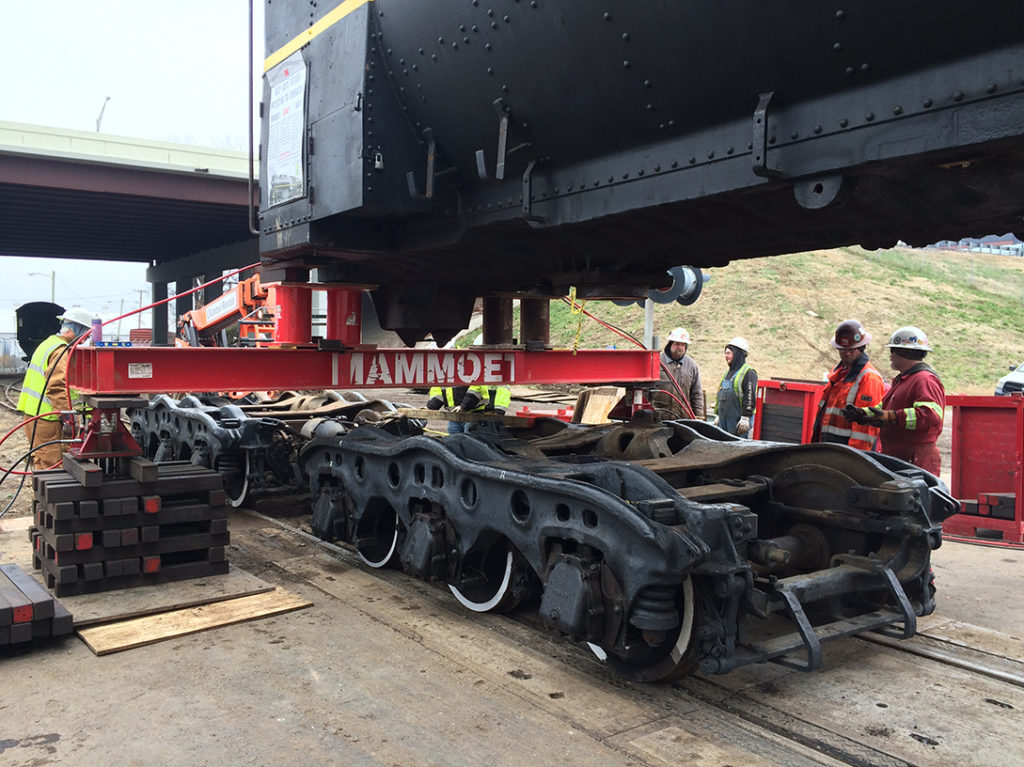 Jacking the 65 ton tender up for transport.

Mammoet has been contracted by the Nashville Steam Preservation Society, whose mission is to preserve history by restoring and operating relevant historic railroad equipment for the purposes of education, tourism, and goodwill to and for Metro Nashville. The Nashville, Chattanooga, and St. Louis Railway No. 576 pulled the trains that brought musicians to Nashville, and the 576 has appeared on several magazine and album covers over the years alongside some of Nashville’s finest musicians, including Johnny Cash and Hank Snow. The No. 576 Steam Locomotive retired after 10 years of service.