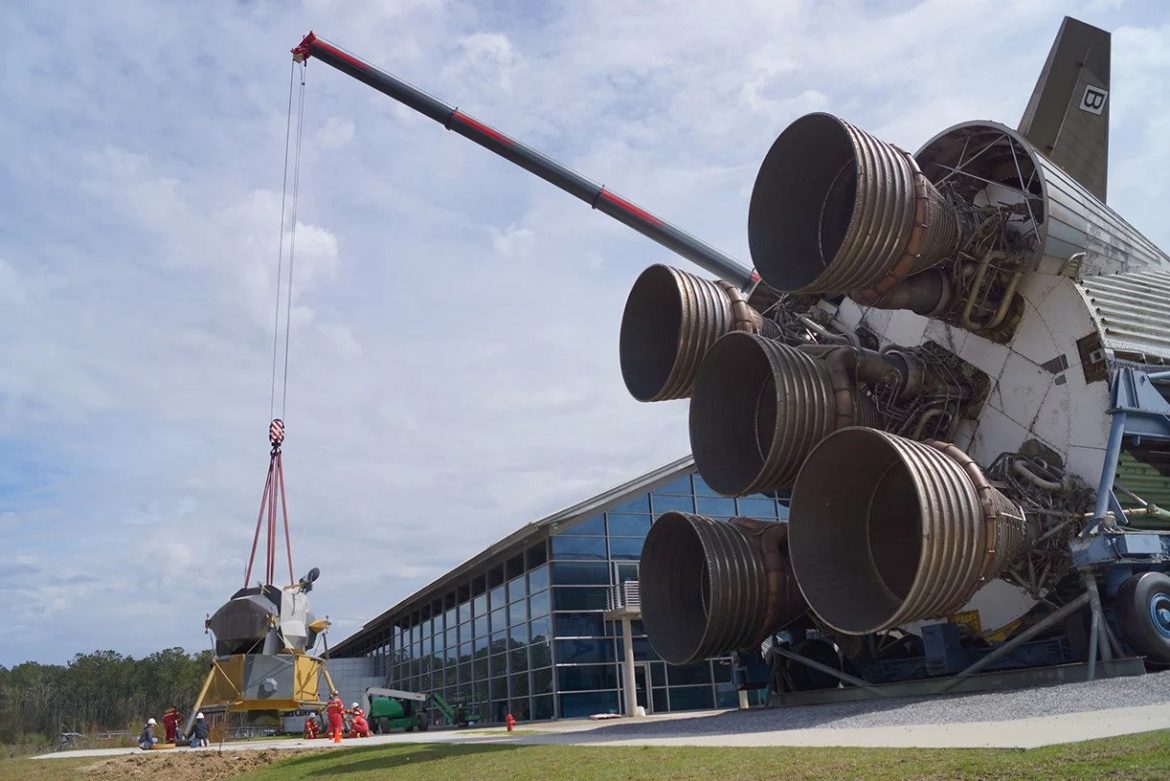 Mammoet’s Crane Services team in Louisiana recently completed the successful transport and lift of a 4,500 lb. Lunar Lander at the INFINITY Science Center in Mississippi.

Utilizing a LTM 1250-5.1, the crew carefully lifted the 6 meter (20 ft.) tall moon lander over the Science Center’s roof before setting it into place in front of the building where it will sit as a permanent attraction for visitors.

The 50 year old artifact was transported from the Mississippi Welcome Center next door to the Science Center, and placed next to the Apollo 19 Saturn V first stage already on site. The moon lander, which is constructed from military-grade aluminum, has previously been used in training space-suited astronauts on how to exit and enter the vehicle to descend to or ascend from the moon’s surface in preparation for their actual voyages. 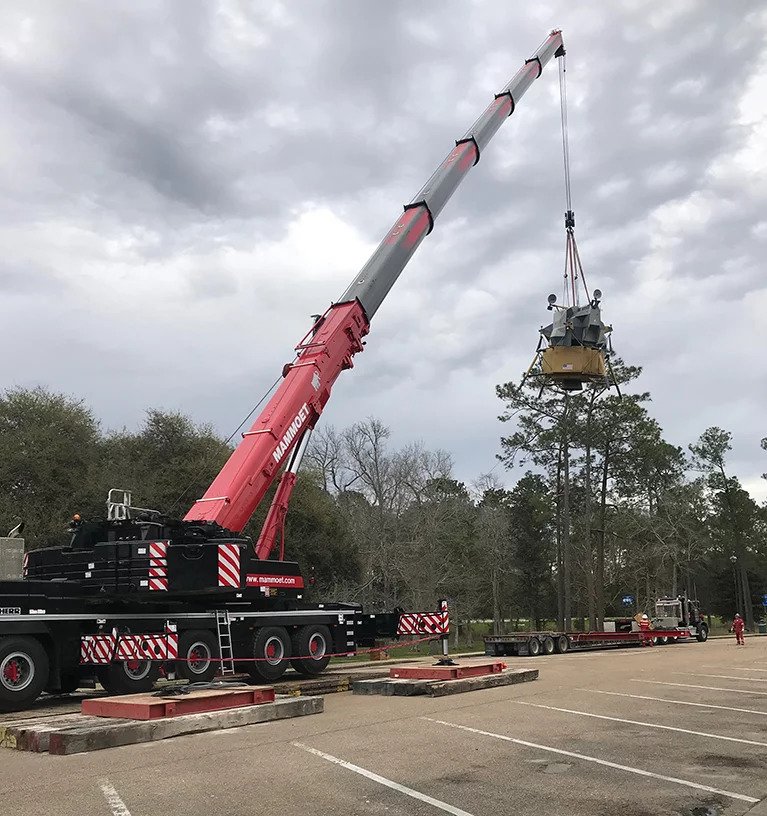 Mammoet’s LTM 1250-5.1 lifting the Lunar Lander to be transported.

Previously Mammoet also successfully transported the Apollo 4 capsule, from the NASA Stennis Space Center to the Science Center to put it on public display for the first time in five years. The ten and a half foot tall command module made the first unmanned “all-up” test flight of the Saturn V rocket. The nine hour flight demonstrated the S-IVB third stage restart and tested the heat shield upon reentry.

Mammoet has been trusted with several historic moves in the past, including the 2001 well-documented Kursk submarine lift in the Barents Sea. In more recent history, Mammoet’s team has been a part of the notable No. 576 steam engine move in Nashville, moving a 2,400 ton mosque and the transport of a historic building frame at Pier 70 in San Francisco. 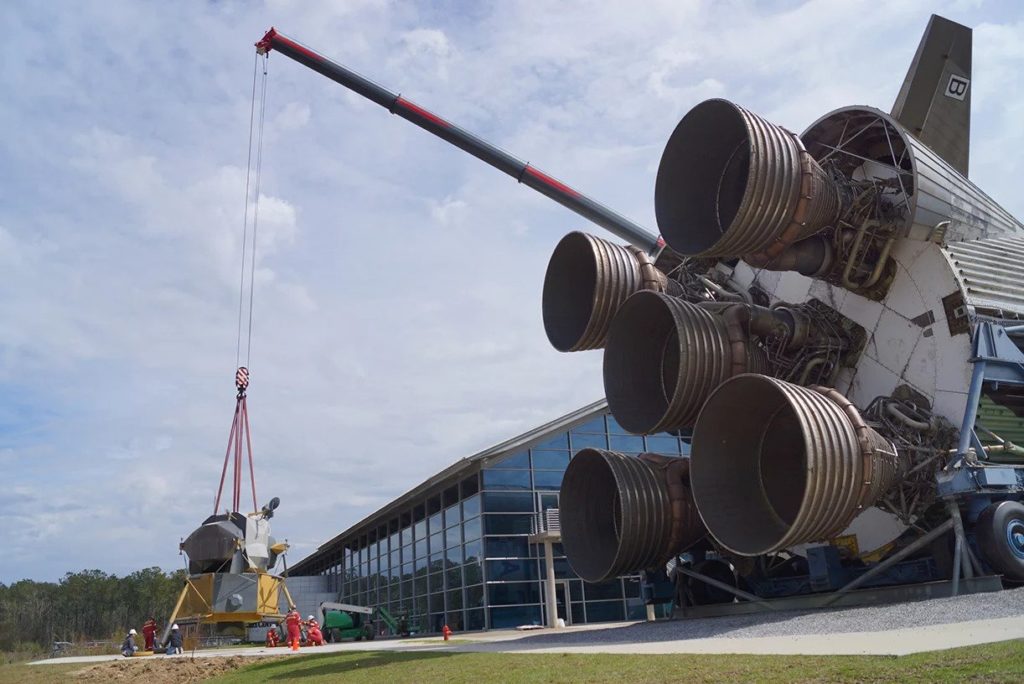 Mammoet’s LTM 1250-5.1 lifting the Lunar Lander into place at the INFINITY Science Center.