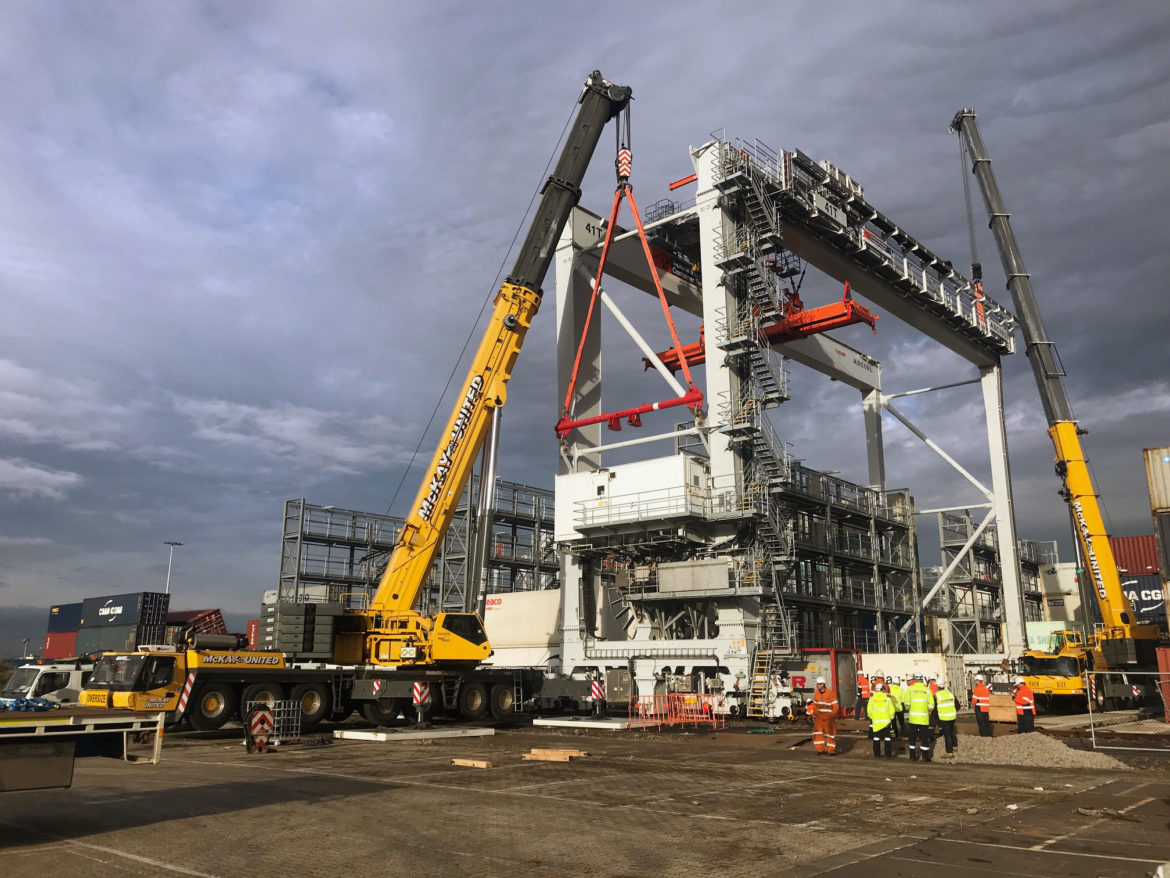 McKay United, an equipment rental and service company in Australia, deployed a Grove GMK7450 and a GMK5250L to repair a derailed gantry crane at Australia’s first automated port — Victoria International Container Terminal in Port Melbourne. The project was the biggest lift McKay United has completed since owning both Grove all-terrain cranes.
“The gantry had actually twisted so this proved a challenge and it was difficult to locate the twisted wheels back on the tracks,” said Simon Atkins, general manager, McKay United. “The ability for both the GMK7450 and GMK5250L to work at nearly maximum chart was a very positive and rewarding outcome for our client.”

In total McKay United used the two cranes for four separate dual lifts of the gantry crane, with the GMK7450 lifting between 160 t and 170 t of the total load, and the GMK5250L lifting around 55 t. The whole project lasted 16 hours, eight hours on two consecutive days.

“We set up both cranes in four hours. To allow them to get into position, we had to fill a water runoff drain with crushed rocks, so the cranes could pass over it. We also had to cover the area with steel plate,” Atkins said.

The 450 t GMK7450 has a maximum main boom length of 60 m and a maximum tip height of 136 m. The crane also features MEGATRAK suspension on a seven-axle carrier, a removable rear outrigger box and the Twin-Lock boom pinning system.

The 250 t capacity GMK5250L has a main boom length of 70 m and a maximum tip height of 110 m. It is one of the most powerful and versatile five-axle cranes on the market with the highest-rated capacity and the quickest set-up time in its class.

Established in 1987, McKay United is based in Laverton, just outside of Melbourne. The company leases, services and provides cranes for a wide range of projects in the Victoria region. Mckay United also recently added a GMK6400 all-terrain crane to their fleet.