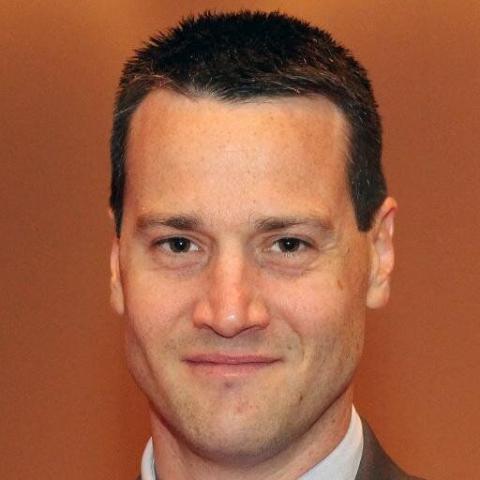 A native of Overland Park, Kan., Van Hampton held degrees in English and Theater & Film from the University of Kansas, Lawrence.

n his journalistic career on the staff of Lift Equipment magazine, where he became editor-in-chief before leaving to join ENR. At ENR, Van Hampton quickly rose from Midwest bureau chief, to deputy editor overseeing the magazine’s regional editions, to managing editor, second in command to editor-in-chief Jan Tuchman.

His inquisitive mind and ability to deliver accurate, balanced, and insightful articles about complex subjects that ranged from the inner workings of heavy equipment to legal aspects of construction earned him several industry accolades, including five Jesse H. Neal Awards.

As part of his research for one story, Van Hampton passed written and practical exams to become nationally certified as a tower crane operator.

Besides his work for ENR, Van Hampton also wrote articles for the automotive section of The New York Times and blogged about automotive, truck, and diesel topics.

He is survived by his wife, Jenie, their daughter, Jordan, other relatives, and a host of friends worldwide. A memorial service will take place sometime in the coming months. Condolences can be sent to Jenie Van Hampton, 484 E. Carmel Drive, Carmel, IN 46032-2812.