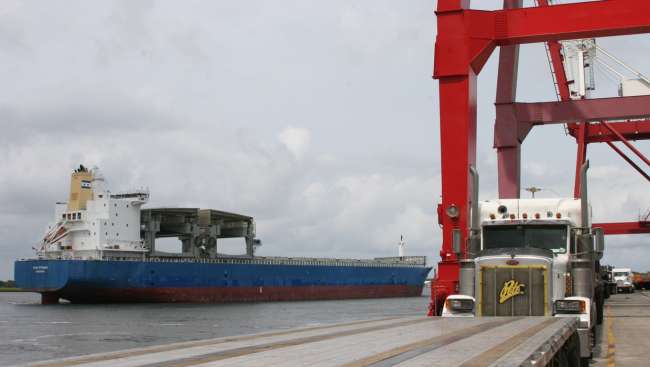 58-year-old employee Timothy Dubberly was killed in an industrial accident involving a crane at the Port of Fernandina on Friday morning, according to Fire Chief Harvey Silcox.

The maintenance man was repairingÂ the crane for electrical workÂ at the Kinder Morgan Nassau Terminal on North 3rd Street in Fernandina Beach, FlordiaÂ when the accident occurred, Silcox said.

â€œIt appears maybe a cable broke and caused the operations cab to fall,â€ he said.

The man fell about 100 feet and was dead when rescue workers got to him at about 9:30 a.m., Silcox said.

Occupational Safety and Health Administration officials say they received a call about the incident around 11:30 a.m.

Back in 2011 the company was cited for a serious safety violation. The company ended up paying $2,000.

â€œOur thoughts and prayers are with his wife and family,â€ the statement read. â€œThe company is providing grief counselors for employees at the terminal and also seeing to the needs of Mr. Dubberlyâ€™s family.

The port is operated by Nassau Terminals, LLC, a subsidiary of Kinder Morgan, under a long-term contract with the Ocean Highway and Port Authority. Port officials said the company has initiated an investigation, while the U.S. Occupational Safety and Health Administration staff will be investigating as well.