Drunk with deathwish kills himself driving into RT Crane (Pixs) 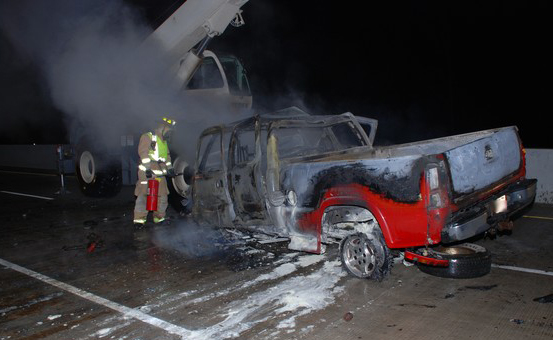 A witness told police she heard an explosion and saw flames in the roadway.

Police responded to the area on US 31 and found a red Chevy pick-up truck engulfed in flames.

Initial investigation reveals the truck was traveling in the southbound lanes of US 40 at a high rate of speed and hit a crane that was parked in the roadway.

The impact caused the crane to dislodge and come to a rest on a bridge railing. Officers were able to extinguish the fire and found a person in the driver’s seat. The identity of that driver has not yet been released.

Officers say the pick up truck has been involved in several hit and run accidents in Hamilton County before the crash Thursday morning. 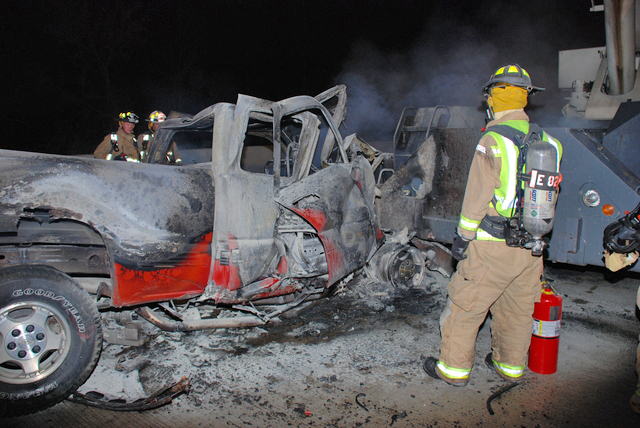 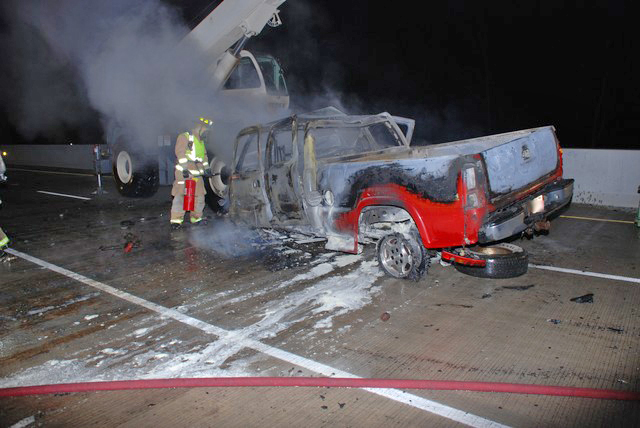 That is the construction zone of the new U.S. 31 By-Pass in Kokomo which is still closed to traffic which means this driver was somewhere they were not supposed to be. I don’t think the reporter of this story realizes that U.S. 40 is in Indianapolis and not Kokomo. This accident happened in Kokomo. Judging by the picture, the driver was traveling northbound in the southbound lanes. All entrance and off-ramps of the new highway have lots of barricades to prevent people from getting on, so somewhere there are a lot of messed up barricades.