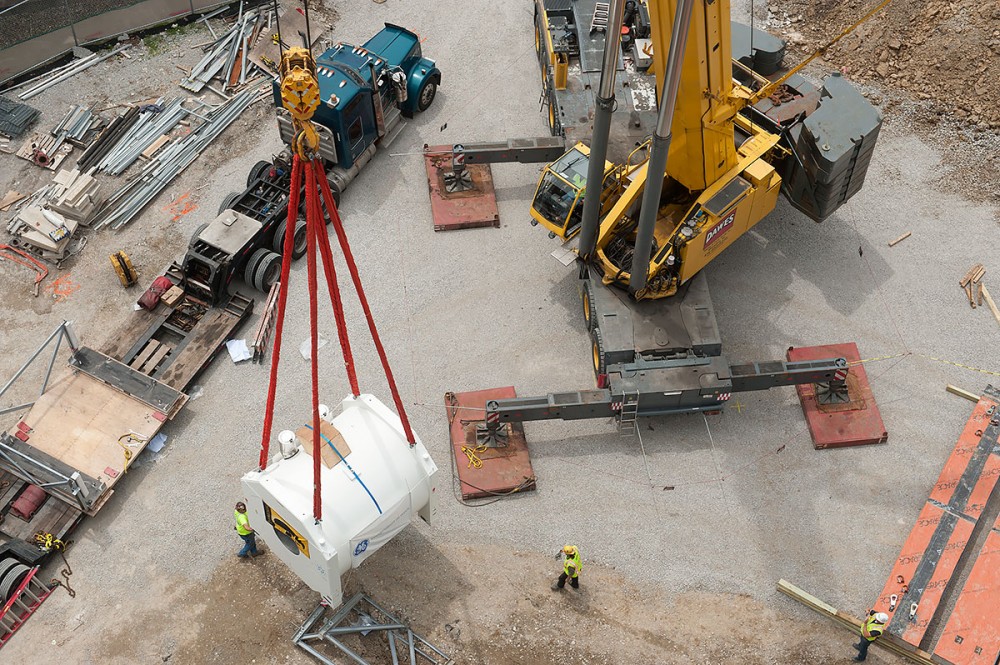 Signed, sealed, and delivered: The University of Iowa welcomed a new magnetic resonance imaging instrument, one of the world’s most sophisticated models to date, that will advance research into the human brain and body.

The scanner, weighing 42 tons or roughly the equivalent of six male adult elephants, was lifted by crane on Thursday, June 5, and deposited into the Pappajohn Biomedical Discovery Building, still under construction on the University of Iowa campus.

The 7 Tesla magnet will yield clearer, higher-resolution images of the brain, thus enhancing researchersâ€™ ability to study the brainâ€™s function and connectivity. The UI is one of only about 20 research institutes in the United Statesâ€”and only about 40 worldwideâ€”with the instrument. It also is the most powerful magnetic imaging device in the state.

The UI purchased the scanner after winning an $8 million grant from the National Institutes of Health, awarded through the American Recovery and Reinvestment Act. 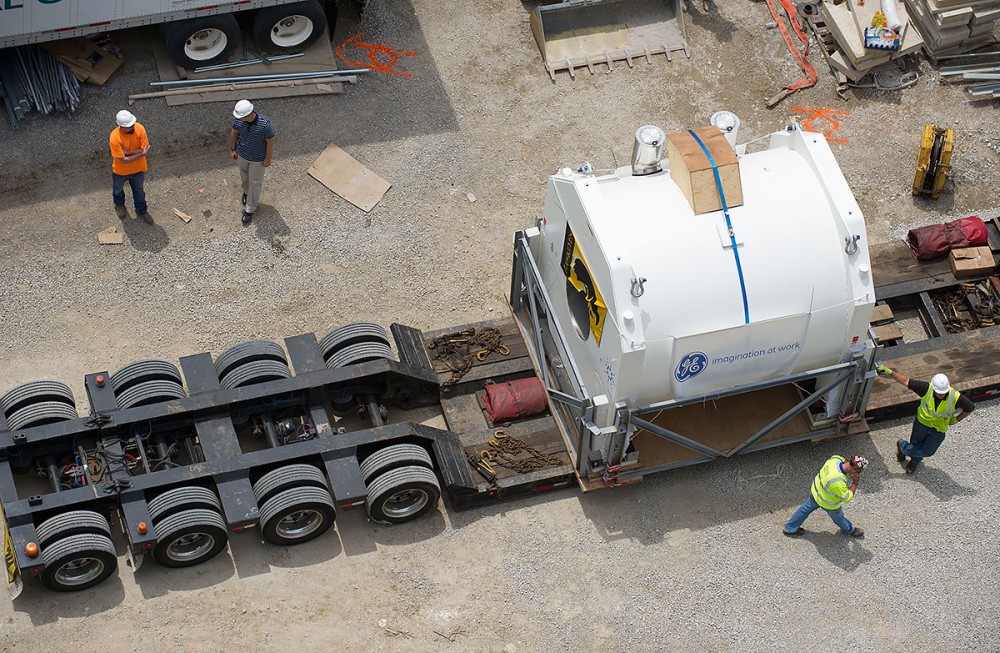 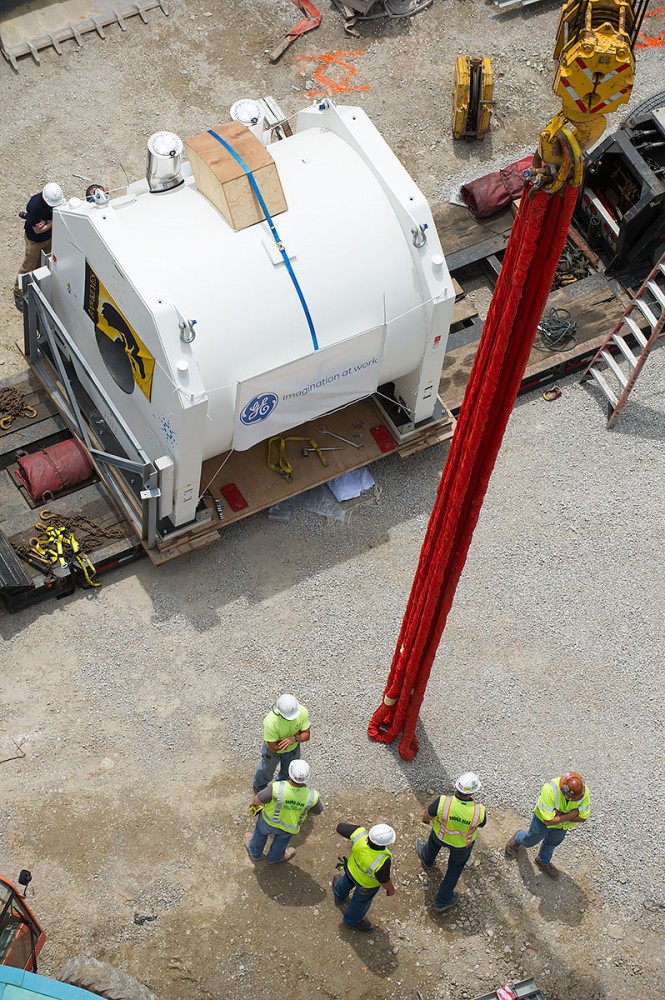 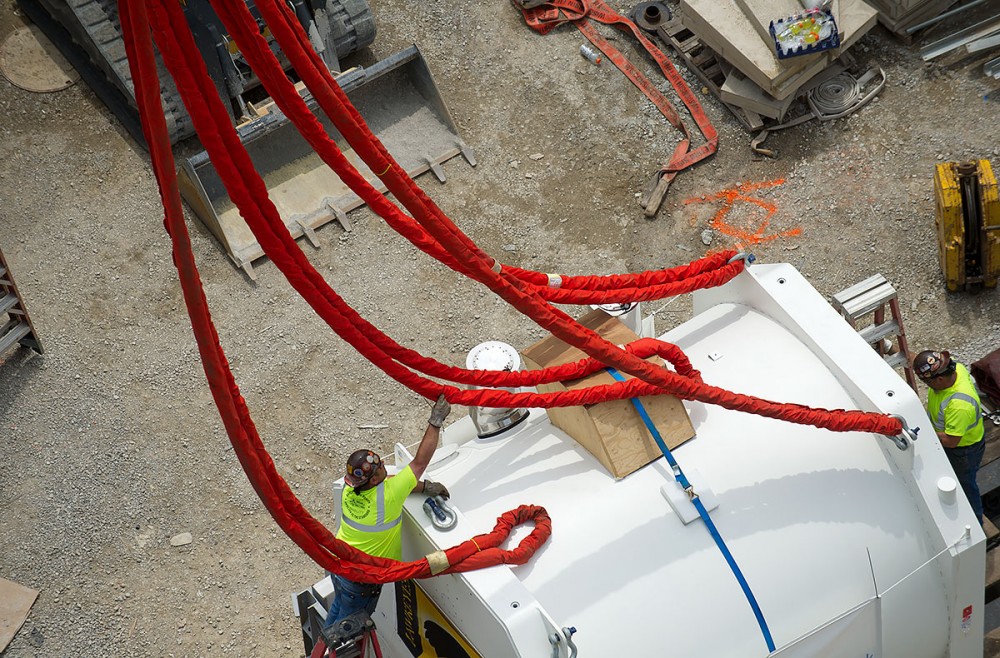 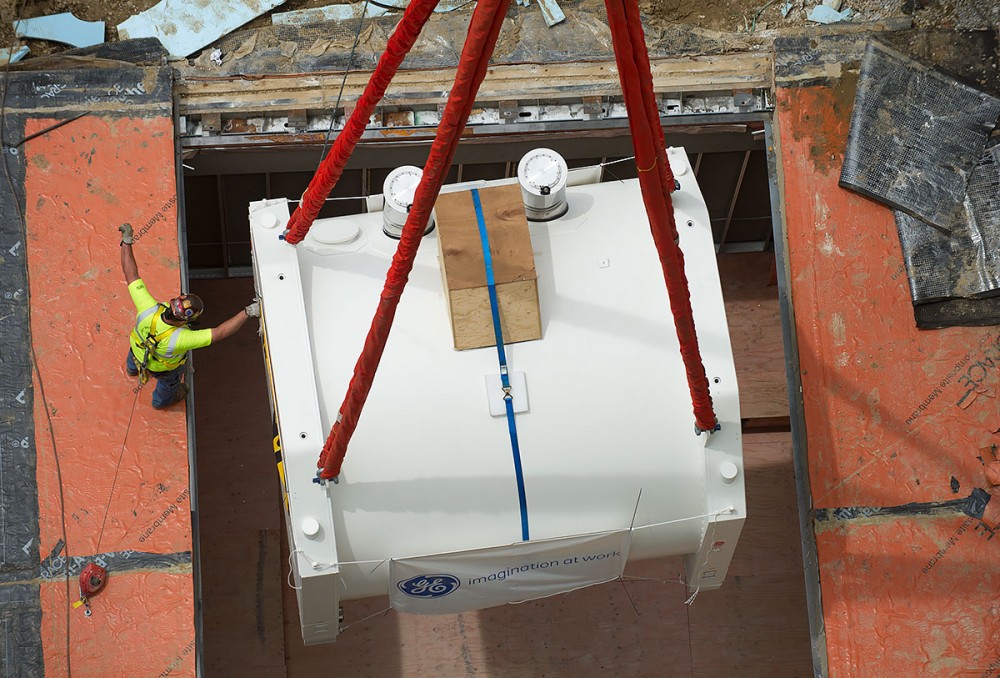 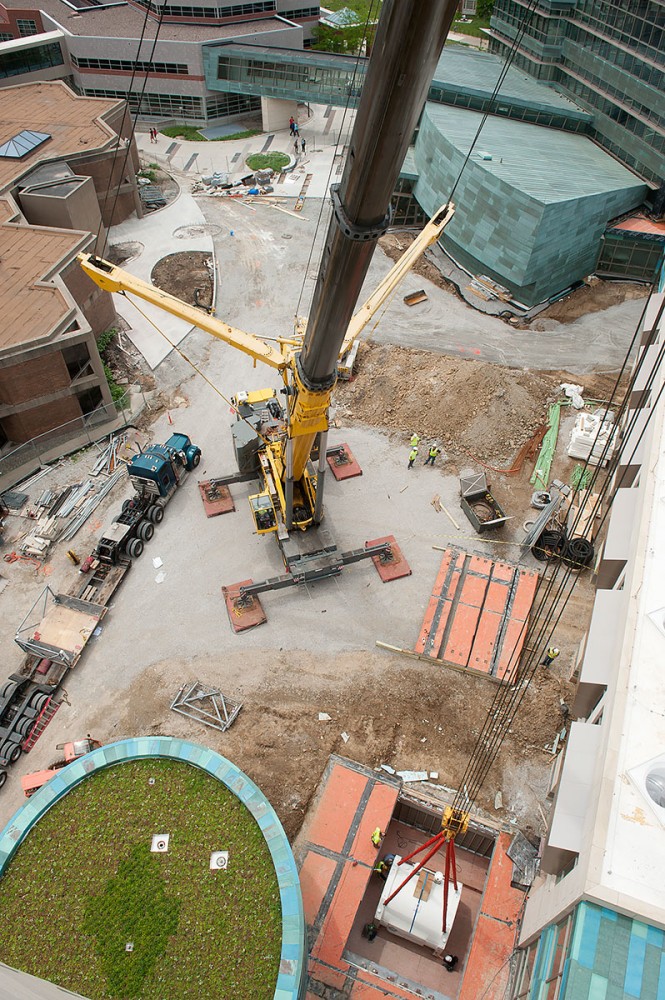 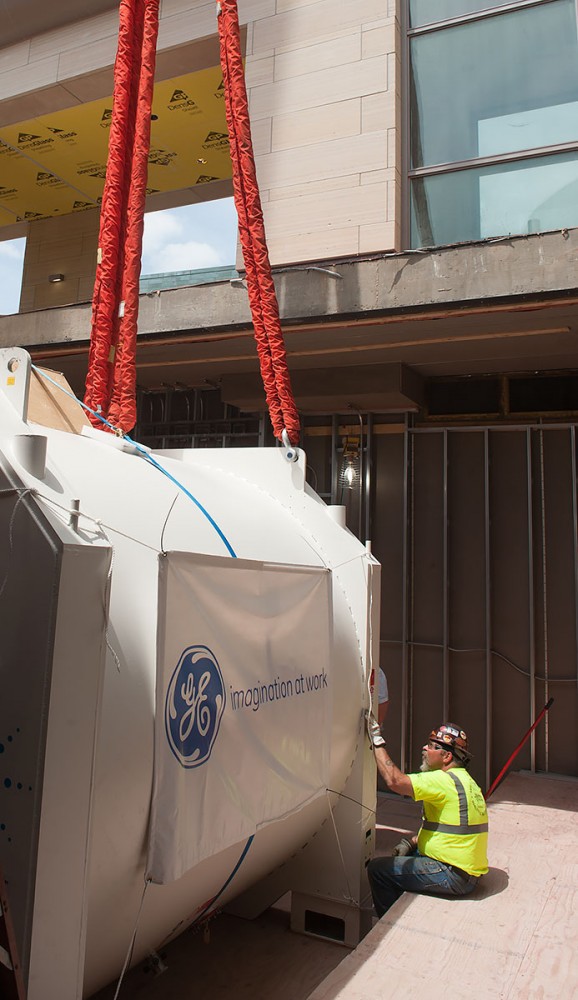