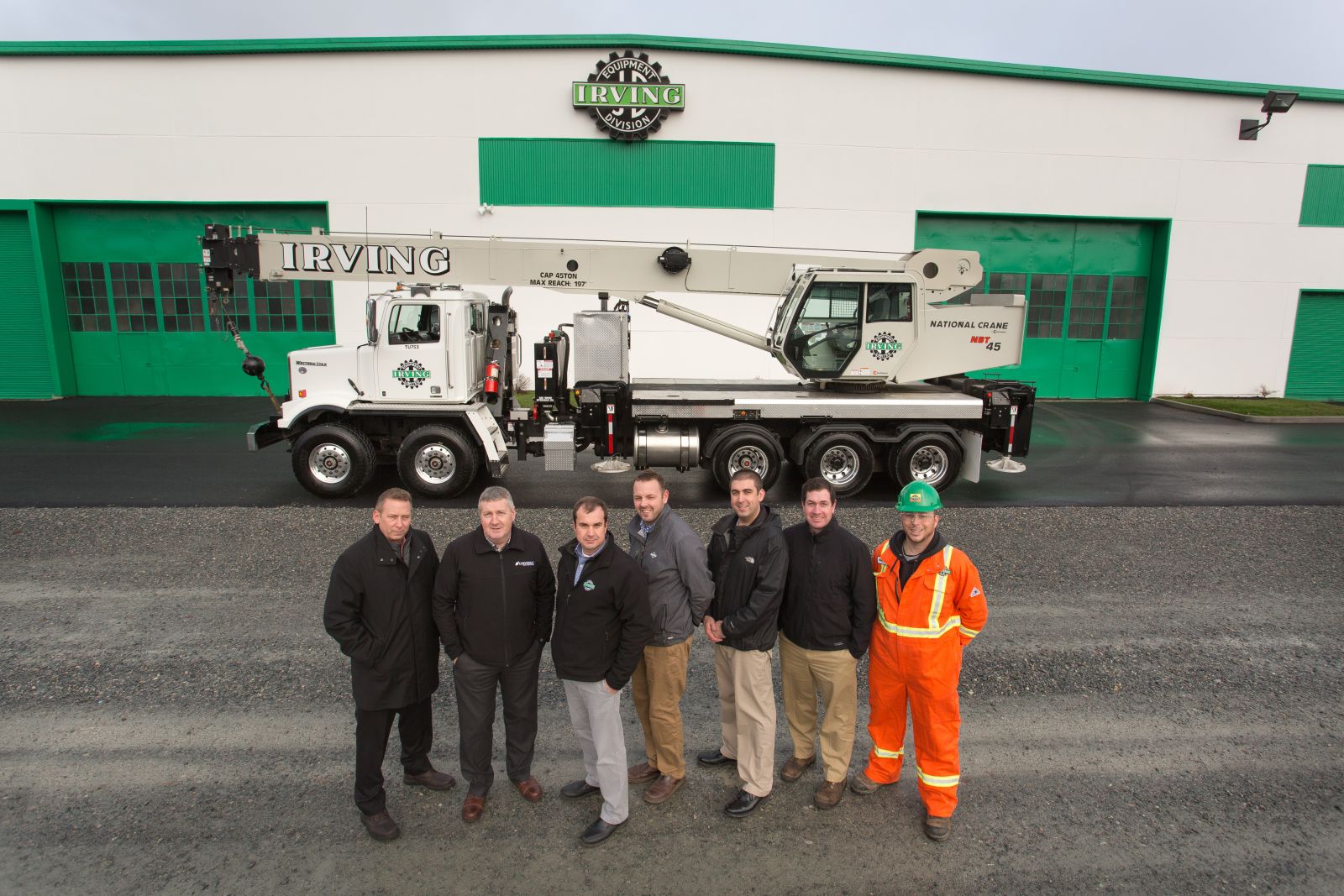 Since Irving Equipment took delivery of the National Crane NBT45 last fall, the Saint John, New Brunswick company has used the 45-ton boom truck on a variety of jobs that previously would’ve called for a hydraulic truck crane.

“When we took a close look at our fleet, we realized we had a service gap that we needed to fill,” said Victor Murty, operations manager for Irving Equipment. “A lot of the jobs we do involve high-reach, low-capacity lifts. We would usually use a hydraulic, truck-mounted crane or an all-terrain crane for these jobs, both of which require a separate truck to haul extra counterweight. The NBT45 gives us the reach we need along with added mobility to get more work done for our customers in less time.”

Equipped with 142 ft. of main boom, Irving’s custom-built NBT45 is currently the longest-reaching crane on a commercial truck chassis working in Canada’s Maritime Provinces. The configuration, build, and delivery of the crane resulted from a collaboration between Irving Equipment; Manitowoc Cranes; Manchester, Connecticut-based Shawmut Equipment; and Universal Truck and Trailer, an affiliate of J.D. Irving based in Dieppe, New Brunswick. All four companies worked together to deliver an innovative lifting solution that would work in compliance with the Canadian Department of Transportation.

“This boom truck is not a typical design compared with other models found in this area,” Murty explained. “It’s a tandem steer with three axles in the back as opposed to a single steer with a cluster in the back—the pusher axle is in the front of the rear axle instead of behind, as is usually the case in other provinces or states. We purchased the chassis from Universal Truck and Trailer and sent it to Manitowoc for the custom assembly. It was a lot of time and effort, but well worth it to be able to give our customers such an innovative, cost-effective lift solution.”

With the addition of its newest NBT45, Irving Equipment now owns 14 National Cranes, all of which are serviced by Shawmut Equipment. The Manchester, Connecticut-based company is one of Manitowoc’s leading distributors in the Northeast and a third-generation, family-owned business.