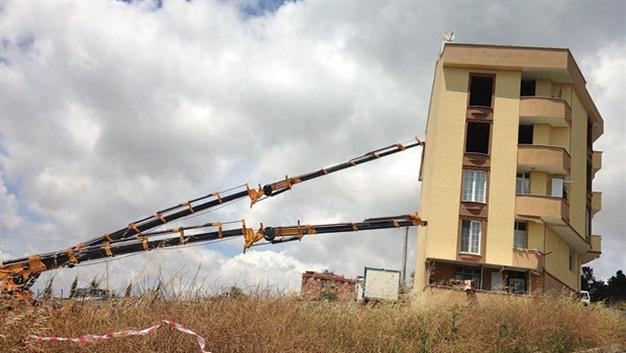 Tenants of an apartment building, which was bent like a vulgar Tower of Pisa due to the construction of another building on adjacent property, are continuing to live there despite the risks of the total collapse of the structure.

The four-story building in Istanbulâ€™s industrial eastern suburb of Gebze is being propped up by a crane by the contractors to prevent it from collapse.

But families living in the first two floors have not abandoned their apartments, saying they had nowhere else to go.

As the video shows, the two cranes are now the major support for the apartment whose foundations were damaged by the construction next to it.

But the lives of it tenants are still at risk, as cracks have also started to appear in its walls, DoÄŸan News Agency reported.