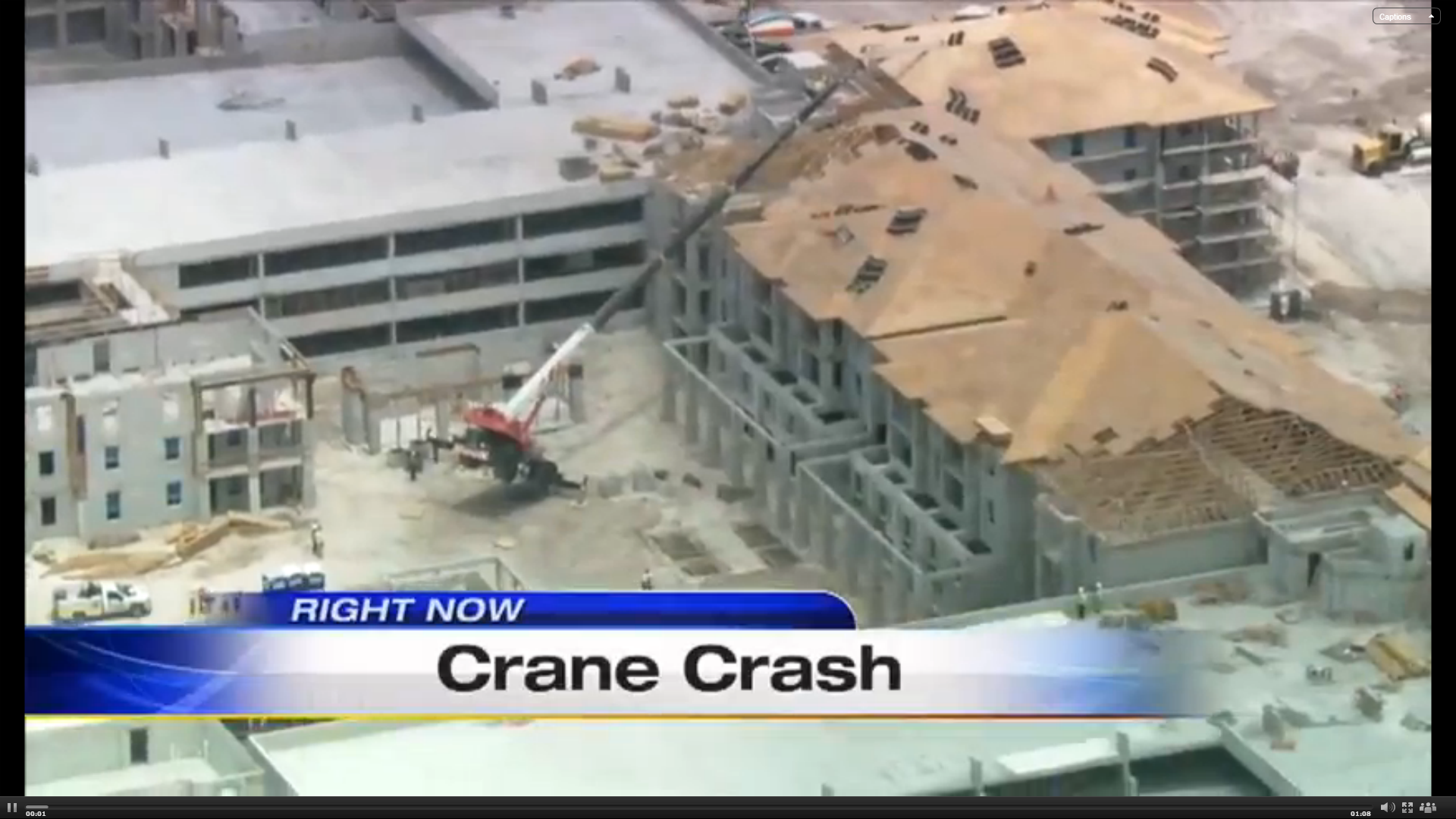 A crane tipped over at a construction site in Pembroke Pines, FL injuring one worker on Wednesday, July 22, 2015.

A aerial video captured by WPLG Local News shows where the crane fell onto the roof of an apartment building under construction.

The crane operator was loading roof trusses when the crane somehow tipped over, firefighters reported. A man jumped out of the way and injured his ankle. He was treated at Memorial Regional Hospital and released.

Others workers say the operator wasn’t injured and there was no damage to the crane or the construction site.

Signs on the fence surrounding the site indicate the construction company was Suffolk.