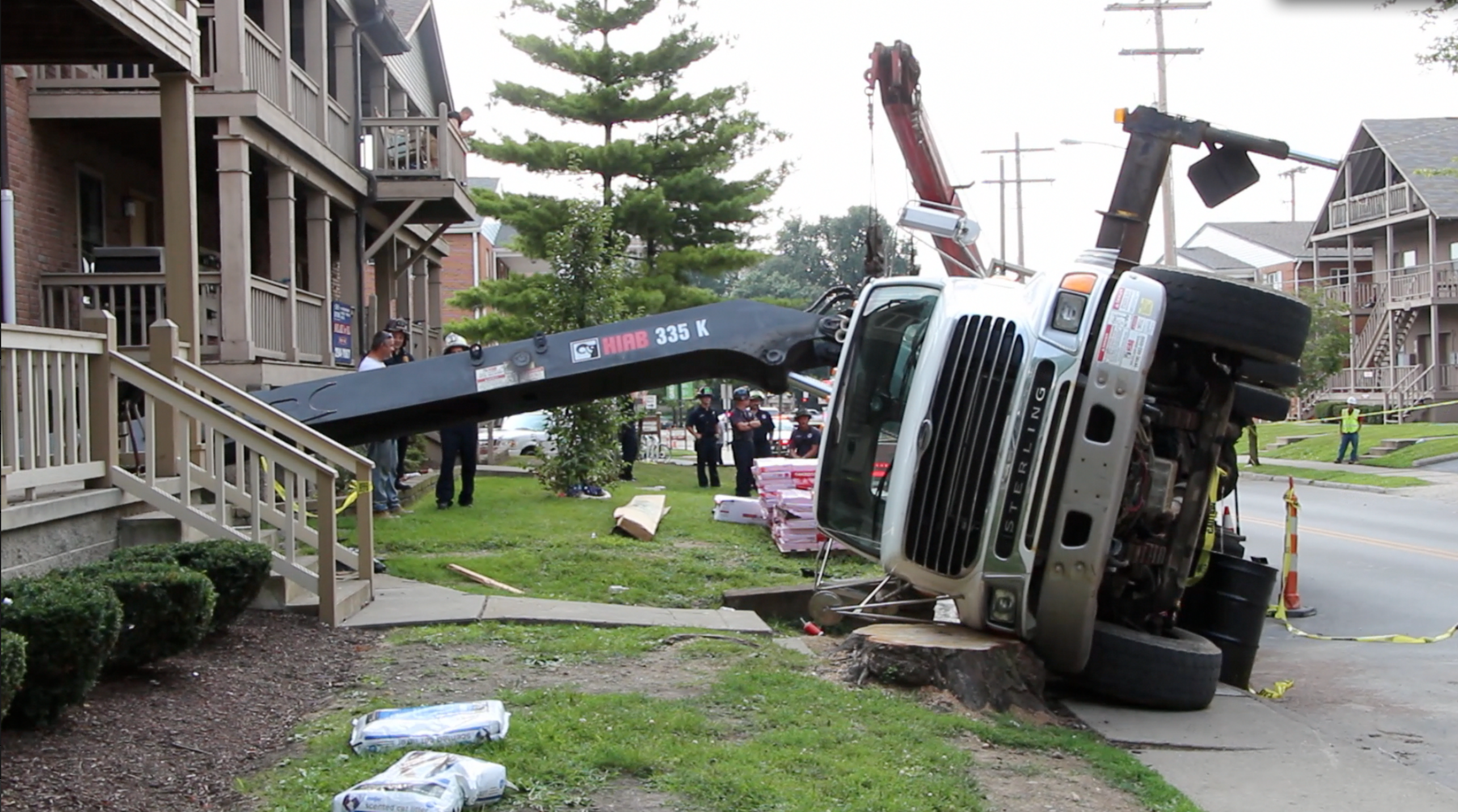 The Columbus Division of Fire is trying to figure out how a crane tipped and fell onto an off-campus house while putting shingles on the roof.

Lt. Chad Bair with the Columbus Division of Fire was part of the first emergency crew on the scene at Chittenden Avenue Thursday afternoon.

â€œWhen we pulled up on the scene, we saw the crane laying on its side between the buildings with a chimney hanging partially off the building,â€ Bair said.

Bair said a resident was the one who made the 911 call around 3 p.m. The resident told dispatchers a crane had hit a Buckeye Real Estate rental property located at 50 Chittenden Ave.

â€œMy first thought was to make sure the building was empty and no one was underneath the boom,â€ Bair said. â€œAnd nobody was.â€

Bair said no one was hurt in the accident. He said the person operating the crane was outside of the vehicle at the time the crane tipped.

Fred Coons lives on Indianola Avenue near where the crane hit the building. He saysÂ construction companies are always working in the area, especially during the summer months.

When Coons heard about the crane, he said he had to come out to the scene to see it for himself.

â€œItâ€™s not something that happens every day,â€ Coons said. â€œTheyâ€™ve been putting a lot of shingles on roofs around here but obviously he had a mishap today. I donâ€™t quite understand how that happened.â€

Fire officials themselves are still trying to determine the cause of the accident.

â€œItâ€™s too early to tell,â€ Bair said. â€œWe donâ€™t know if it was a malfunction in the equipment or the setup was done improperly or something like that.â€

Police and fire officials blocked off Chittenden Avenue between Indianola Avenue and N. Pearl Street for several hours until the crane could be moved. Bair said they had to disassemble the crane before they could get it to a standing position and tow it away.

A dispatcher with the Columbus Division of Fire said inspectors are going out to the property Friday morning to assess the extent of the damage. The dispatcher said the damage does not look â€œtoo significantâ€ at this point.

Despite the damage and commotion, Coons and many others were just happy the accident was not any worse.

â€œIâ€™m just glad nobody got hurt,â€ Coons said. â€œI donâ€™t want to see anyone get hurt. Itâ€™s not a pleasant thing.