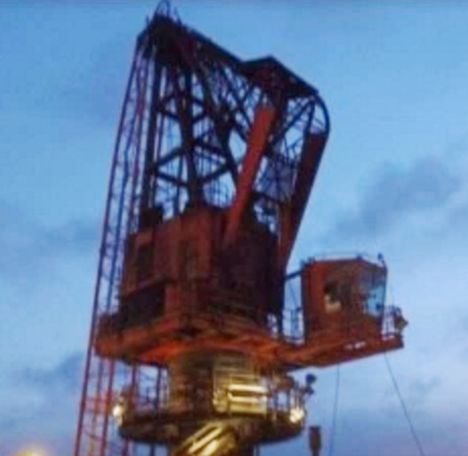 The boom of a crane collapsed yesterday on the Murchison Platform between Norway and the UK, no one was injured.

CNRâ€™s Murchison platform was built over 37 years ago and commissioned in 1980, it is now in the process of being decommissioned although the owner CNR International says that there are still 102 men on board.

A spokeswoman for CNR said: â€œCNR International can confirm that at approximately 0300 hours on March 9th an incident occurred during a lifting operation on the Murchison platform, which resulted in structural damage to one of the platform cranes. No one was hurt as a result and all 102 personnel on board at the time of the incident are safe and well. There are currently no plans to downmanâ€.

â€œA team has been mobilised to assess the structural damage and Health & Safety Executive has been notified. The Murchison Platform is located in the Northern North Sea, approximately 280 nautical miles north of Aberdeen.â€

A photo we have received which claims to be from the platform seems to show that the boom went over the back of the superstructure. We have more details than this.

A photograph reportedly from the platform