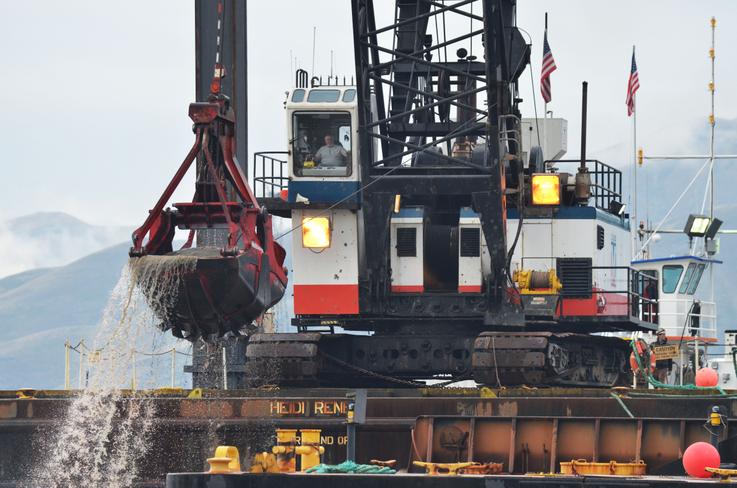 RIVERS — The U.S. Army Corps of Engineers today completed maintenance dredging in the barging channel and two port berthing areas in the Snake and Clearwater rivers where accumulated sediment had interfered with navigation.

“Dredging was performed to meet a current immediate need to re-establish the federal navigation channel to its Congressionally authorized dimensions of 250 feet wide by 14 feet deep at Minimum Operating Pool (MOP) elevation,” the Corps said in a release.

Dredging began Jan. 12 after protests by fish-related groups and a court ruling about the environmental impacts of the project. 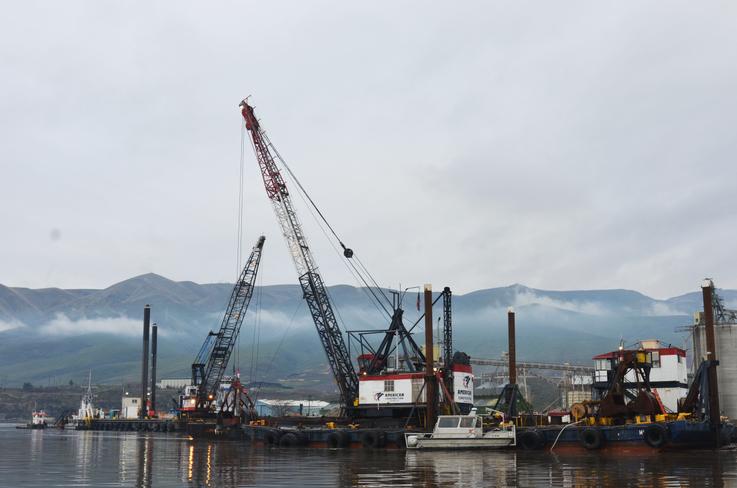 A crane on the Heidi Renee dredges sediment from the Clearwater River. (U.S. Army Corps of Engineers)

Maintenance dredging was completed this year in accordance with the Corps’ comprehensiveProgrammatic Sediment Management Plan (PSMP) during the annual winter in-water work window, Dec. 15 through Feb. 28, when salmonid fish are less likely to be present in the river, although steelhead continue to move over the Snake River dams.

Maintenance dredging last occurred in the lower Snake River navigation channel in the winter of 2005-2006.

Dredging initially took place at the downstream lock approach of Ice Harbor Dam, then later on the Lower Granite Lock and Dam pool at the confluence of the Snake and Clearwater rivers in the Lewiston-Clarkston area, including Port of Lewiston and Port of Clarkston berthing areas.

The ports obtained their own dredging permits and paid for dredging of their berthing areas.