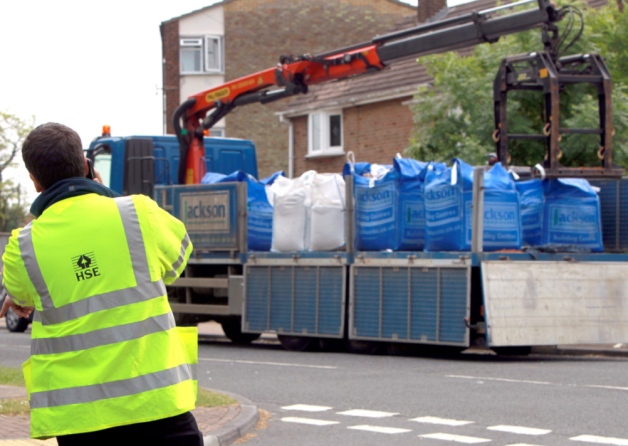 A delivery driver died after being accidentally crushed on his lorry in a Corby street.Â Stephen Dungate became trapped in a grabber on a crane on the back of his lorry.

The 38-year-old, of Snatch Hill Close, Corby, who worked for Jackson Building Centres, a Corby firm, was delivering landscaping materials to a home in Cecil Drive on the Exeter estate in June last year.

A jury at an inquest found he hadÂ unintentionally activated the crane via a remote control fastened to his bodyÂ while he stood on the back of the lorry.

He had been trying to attach the grab to the loops of a bag of ballast.

Nearby workmen were alerted by a resident but, although they managed to release Mr Dungate, he died at the scene from the effects of a crush injury to his pelvis.

Leslie Nairn, who was working further along Cecil Drive and who rushed to help, said he saw Mr Dungate trapped in a standing position.

He added: â€œHe was opening and closing his hands and saying â€˜Open it, open itâ€™.

â€œHe was finding it difficult to speak as he was being so tightly squeezed.â€

Ian Simpson, from the Health and Safety Executive, told the jury he had not found any faults with the crane.

â€œWe are all still trying to come to terms with what happened to Stephen. He will be sadly missed.â€

He added: â€œOur thoughts and very sincere condolences continue to be with Stephenâ€™s family.â€