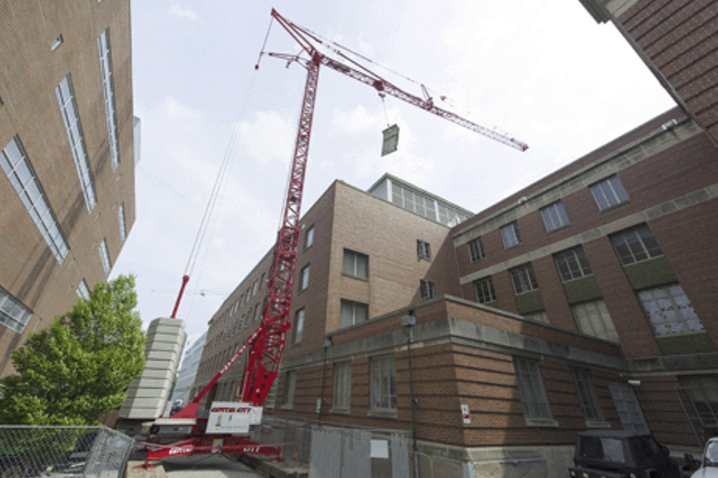 Capital City Group was recently called upon to rent out its Potain Igo T 130 self-erecting crane for use in replacing the HVAC system at The Ohio State University (OSU). 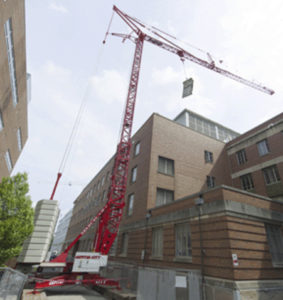 Will the Buckeyes remain undefeated?? With Capital City Cranes keeping the team cool they just might.

Commissioned by contractor Bruner Corp, the Igo T 130 was used to remove the existing air handling unit from a five-storey university building, and then install 10 new components to make up the new system. The project required more than 500 lifts, with the heaviest lift weighing in at 9,000 lbs (4 tonnes).

â€œWe chose this crane because of the accessibility and reach it offers. It provided us easy access between the two buildings with its minimal 18 sq ft (5.5 m2) footprint and we were able to access above the building with the 180Â° swing. There was great value and time saving with this particular crane on site,â€ he added.

“I won’t be needing one of those”