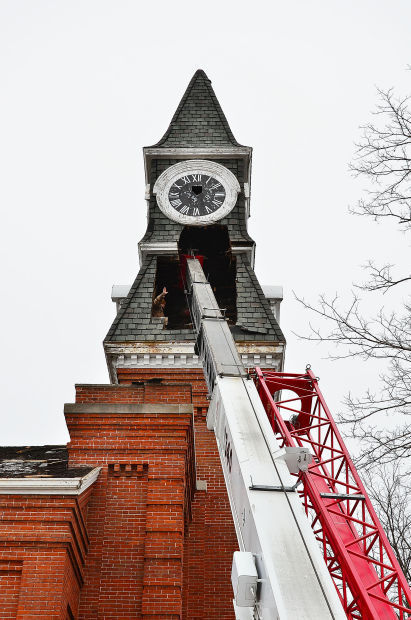 The wrecking ball will soon fall on historic St. Mary’s Catholic Church in Muscatine.Â When the church was built in 1876, there were no bells or a clock in the tower. 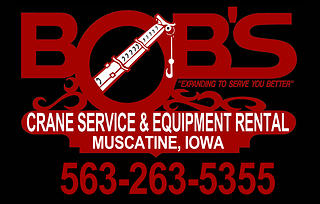 On April 10, 1889, the bells were purchased for $414 and installed. The clock with striking chimes was purchased in 1905 after a series of lawn socials to raise money to pay for it.

The bells will be stored for future disposition.

For many years the Angelus was rung by hand twice a day.

Parishioners in Muscatine have saved three bells that chimed for more than a century in a church now slated for demolition.

The Muscatine Journal reports a crane was used Wednesday to remove the bells from St. Mary’s Catholic Church.

Parishioners pooled together their money to buy the bells, windows, lights and other material that could be salvaged from the church.

Concerns about the strength of the church’s floor led to the decision to close the brick building and consolidate the parish with St. Mathias Catholic Church. 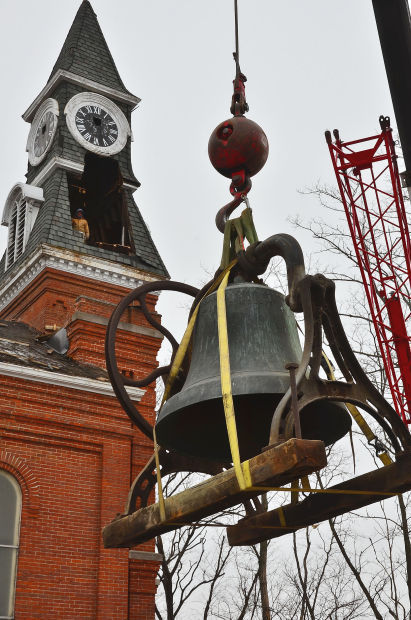 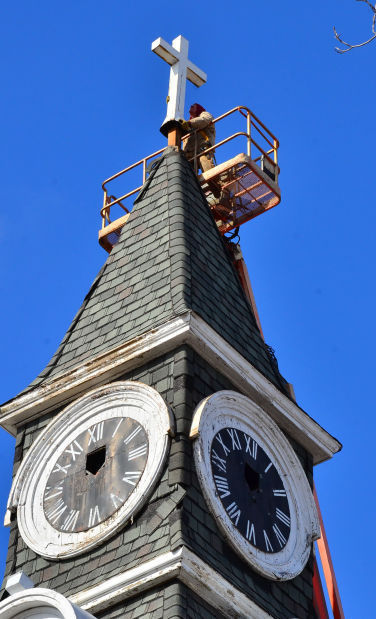 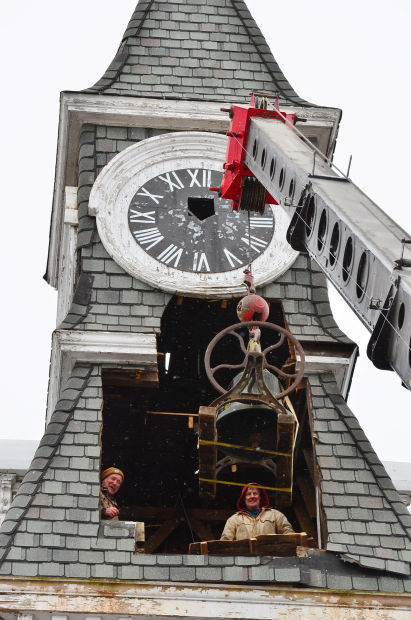