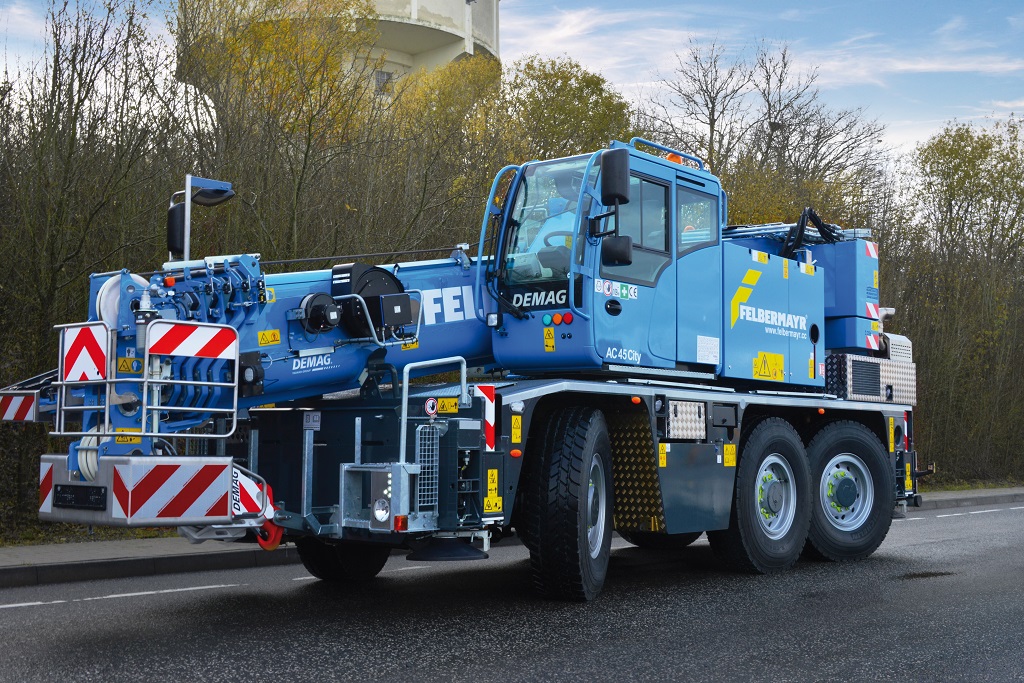 Orders of this magnitude are far from normal in the crane industry. Felbermayr from Wels, Austria, has ordered ten Demag AC 45 City cranes, the first two of which have now been delivered.

“In our opinion, the Demag AC 45 City is a good choice in many areas,” says the crane department at Felbermayr, explaining their decision to order ten of these machines. They mention the crane’s ability to telescope under load – not only vertically, but also horizontally – as one of its main advantages. “An invaluable advantage when used in buildings,” as they point out. Felbermayr plans to use its AC 45 City cranes mainly in halls and city centers. In both cases, the crane also scores with its compact design, which makes it extremely maneuverable. And Felbermayr was also impressed by the stepless variable Flex Base outrigger system. This proves to be a major advantage, especially in confined spaces, as it enables cranes to extend their outriggers all the way to surrounding obstacles and get the largest possible outrigger base in any scenario.

“We are naturally very pleased that the Demag AC 45 City has convinced such a large and important customer as Felbermayr in every respect. I could hardly have imagined a bigger compliment for our new crane,” says Matthias Mayer, Senior Sales Manager at Tadano Demag, delighted with this vote of confidence from his customer.

Six new cranes from Manitowoc to debut at CONEXPO 2020