Base Jumping Off Cranes? 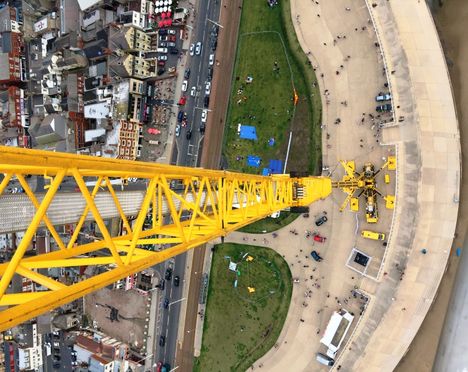 NMT, the UK-based crane rental company, has once again ignored policies promoted by associations such as IPAF, the CPA and ESTA and supplied a large All Terrain crane for the UK Base Jumping Championships on the Blackpool seafront between the tower and pleasure beach.

Over the August bank holiday weekend a 700 tonne Terex AC700 with full luffing jib was used by 80 of the world’s leading Base jumpers jumping from a height of 146 metres or just shy of 500ft if you prefer – just 11 metres less than the height of the Blackpool Tower.

After leaving the basket at the top of the jib, the jumpers have about 60 metres of free-fall before deploying parachutes and using the remaining seconds to land on targets placed on the beach. The event – to be World AirgameZ Champion 2016 – was deemed a success and will be repeated on an annual basis. 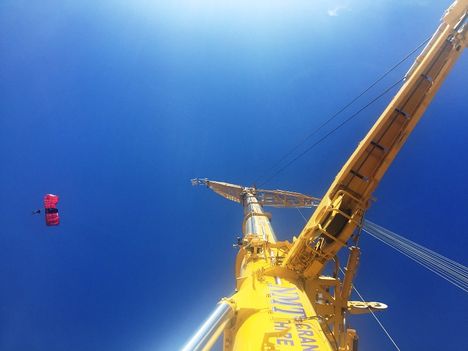 Base jumping – which stands for buildings, antennas, spans and earth from which jumps are performed – is one of the world’s most dangerous sports. Unlike a parachute jump from a plane, Base jumps are done from fixed objects at lower altitudes. It is reported that there have been almost 300 base jumping deaths since 1981. 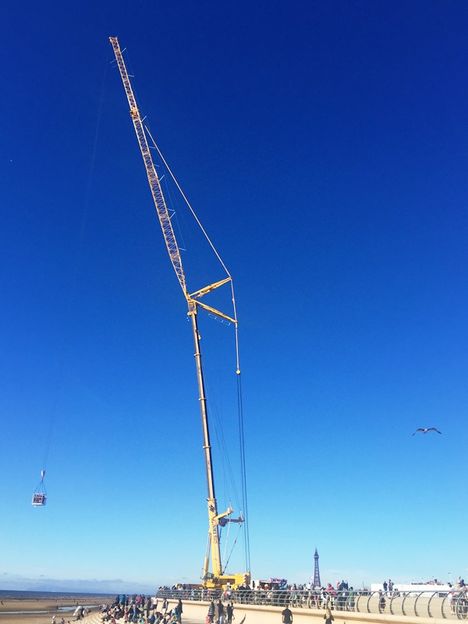 NMT has continued to supply cranes for activities like this since a run-in with IPAF at the SED show in Milton Keynes around 15 years ago. Rather than give-in to the pressure that built-up over the subsequent few years it decided to hone its skills and become more experienced in this type of service, teaming up in 2008 with the association Pro BASE.

Base Jumping Off Cranes? was last modified: September 14th, 2016 by Ron Selby