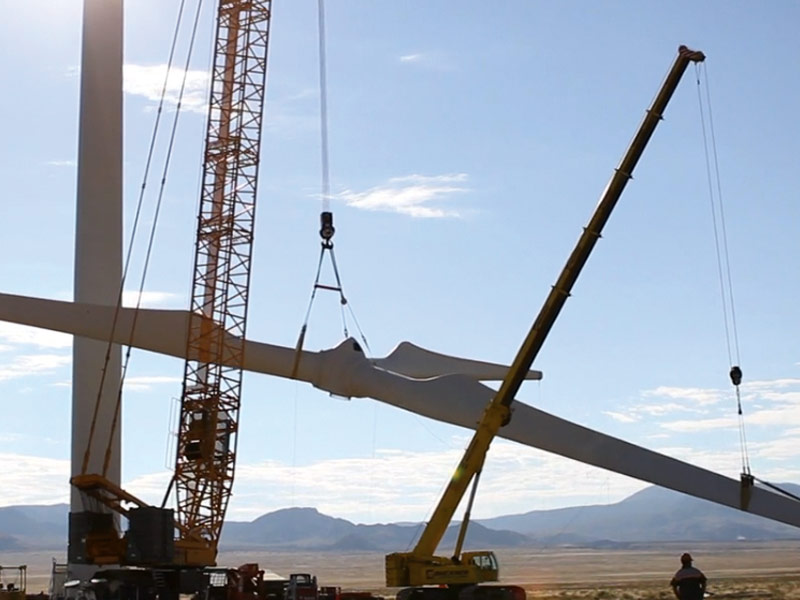 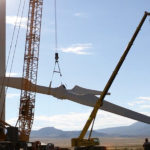 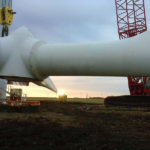 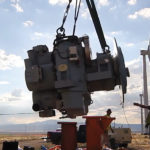 Barnhart was contracted to provide turnkey service for the removal and replacement of five Clipper wind turbine gearboxes on 80m hub height wind turbines. The site had several constraints in that the Bureau of Land Management owned the land on which the wind farm was located and restricted land disturbance around the turbine. Also, any ground disturbance had to be reseeded with native grasses. A further complication was the involvement of a third party contractor to deliver the new components to the site and haul the old gearboxes back to the repair facility, requiring additional coordination on Barnhart’s part. Two cranes were used for the project. The heaviest component lifted was the wind turbine rotor assemblies at 140,000 lbs. The gearbox with the four generators weighed 115,000 lbs. Once the gearbox was removed, Barnhart had to pull out the generators from the old gearbox and install them on the new one. The customer was very pleased with the Barnhart crew’s efficiency, experience and professionalism, which resulted in a long-term agreement to maintain their Clipper fleet.