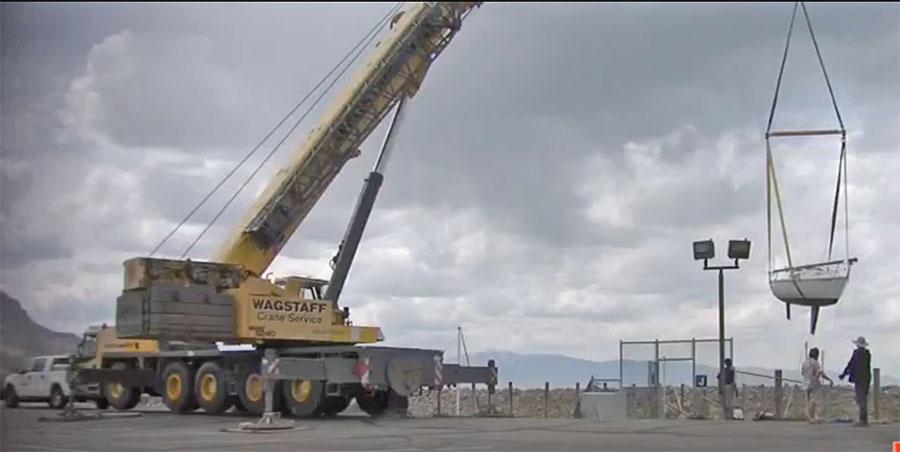 Cranes are pulling more than 80 boats out of The Great Salt Lake because there’s just not enough water and the early removal of the boats is due to concerns with the water levels at the lake. Wagstaff brought in Grove All Terrain to handle the job.

“I haven’t been able to take it out, it’s been too low and we were hitting bottom last season. Having to tilt the boat over as we were heading up the marina channel,” said sailor Jeff Johnson who has been sailing at the Great Salt Lake since the 1970’s.

Most years, sailboats are usually going into the marina at this time.

“If we had a better snow pack, these boats probably could have stayed in the water until we were ready to dredge but, since we really didn’t have a snow pack and no water, we gotta get them out earlier this year,” said Sgt. Santora.

The legislature set aside 1.5 million dollars during the past session to dredge the marina, which will begin the process in July and hopefully have it all done by the fall. In the meantime, sailors will place their boats in storage

and wait for the dredging to finish so they can let their sails catch wind once again.

An AT Grove Wagstaff Crane removes more than 80 boats from The Great Salt Lake (Video) was last modified: April 29th, 2015 by Ron Selby

Up, up and away: cranes chart Sydney’s high rise boom