Alaska Crane Helps to Bring Back Life to Eklutna River 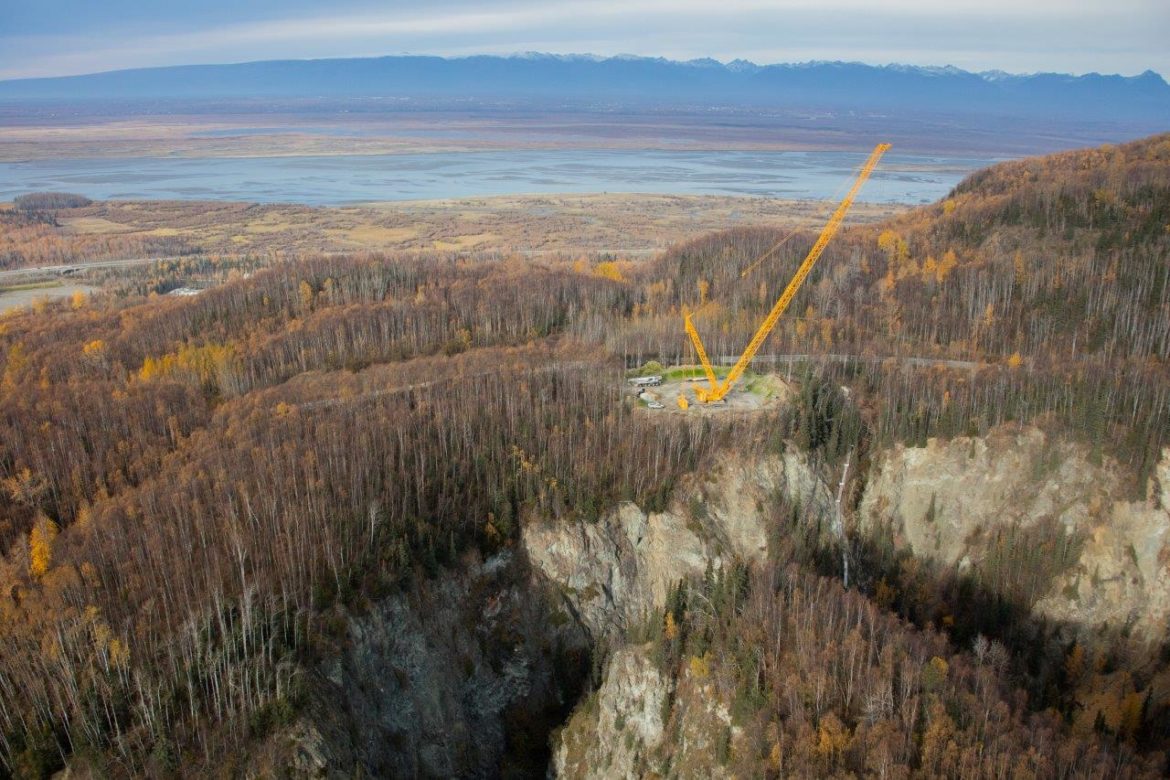 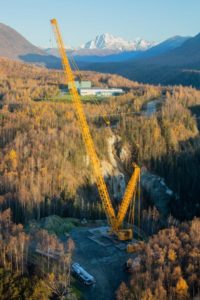 A dam on Alaska’s Eklutna River is being removed after it was abandoned more than 60 years ago. Dubbed by the local media as the “Deadbeat Dam,” the 70-foot concrete structure was built in 1929 as part of a hydroelectric project, and water from the river would flow into the dam before it was funneled to an electric generation plant. However, a new power plant built in 1955 diverted the river water away. Today, the neglected structure has about 300,000 cubic yards of sandy sediment filled in behind the basin, clogging up the river and limiting the amount of wildlife that can live in the water.

Local residents, agencies, and the Native Village of Eklutna, the group that owns the property the dam was built on, have wanted to remove the dam for decades. An agreement was signed in 1997 among the state of Alaska, federal agencies, and local electric and water utilities that would require the dam to be removed by 2027, but the movement was slow going. It wasn’t until 2015 when the dam removal became a priority after the Conservation Fund, an environmental nonprofit coordinating and funding the dam’s removal, became involved.

Permitting and other planning and fundraising efforts came together fairly quickly, due to popular support among the people in the area who want to fix the river. The hope is once the dam on the Eklutna River is removed, salmon and other fish will return to its waters.

Demolition of the Dam

Brad Meiklejohn, the Alaska state director for The Conservation Fund, said in a news report that the demolition will take about three months to complete and will cost the nonprofit $7.5 million. When the project is complete, the area will eventually return to its natural state.

The first part of the project was to remove the 30 tons of trash and debris that had collected in the area for decades. A 1.5-acre site was cleared on the canyon rim above the dam, and the state’s largest crane — a Liebherr LR 1600/2 crawler owned by Alaska Crane — was moved on site in October 2016.

The narrow canyon made it difficult for workers and equipment to reach the work site, and the 660-ton Liebherr LR 1600/2 SL2DB crawler crane configured with 396 feet of main boom with a derrick and 410,000 pounds of counterweight was used to lower earthmoving equipment and materials to the work area.

“It is the only crane in the state that has the reach and capacity to complete the required lifts,” said Luke Hough, director of operations for Anchorage-based Alaska Crane. “The heaviest lift was about 50,000 pounds, which was lifted at a 305-foot radius. However, we did reach up to 350 feet with some lighter loads.”

For workers to descend from the top of the canyon to the river valley, a 400-foot-tall set of aluminum stairs was built along the canyon wall.

Instead of using explosives to bring down the dam, construction workers are digging out the sandy sediment from the water basin and using hydraulic breakers on the backhoes to chip away at the dam until it is completely dismantled. Once it is broken apart and about 30,000 cubic yards removed, the rest of the sediment buildup will drain downstream with the river’s natural flow.

The Liebherr LR 1600/2 owned by Alaska Crane will return to the demolition site in late August after a few months on other jobs, where it will be used to remove equipment from the work site and lift it back to the top of the canyon.

Meiklejohn said that the removal of the dam is the first step. Procuring more water to encourage salmon runs will be the next.