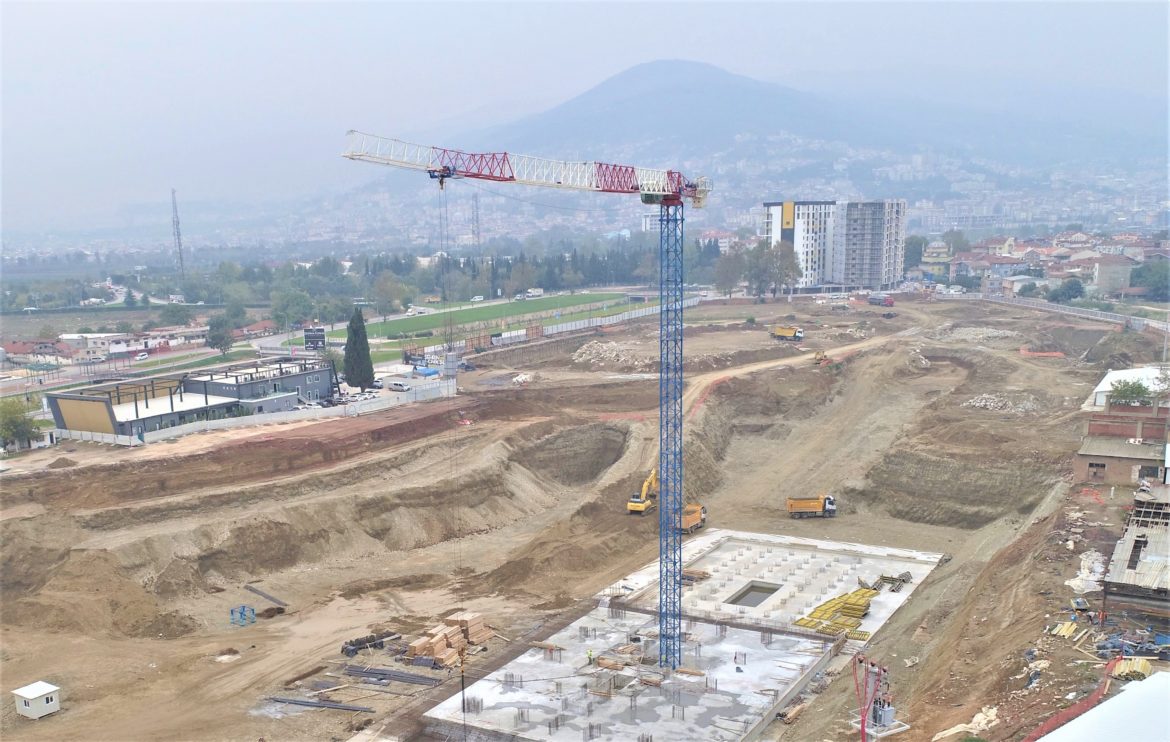 November 12, 2018 (Legnano, Milan, Italy)- Official Raimondi Cranes agent of Turkey, AKEM Group, erected a MRT159 crane on the Downtown Bursa jobsite as the first of a total of six topless tower cranes planned for the project. Currently at work, the Raimondi MRT159 with a Height Under Hook (HUH) of 48 meters and a jib length of 65 meters, will reach a final HUH of 98 meters with two collars. The cranes are all rented by the project developer from the AKEM Group fleet, and are planned to be operational for varying periods ranging from 20-28 months. 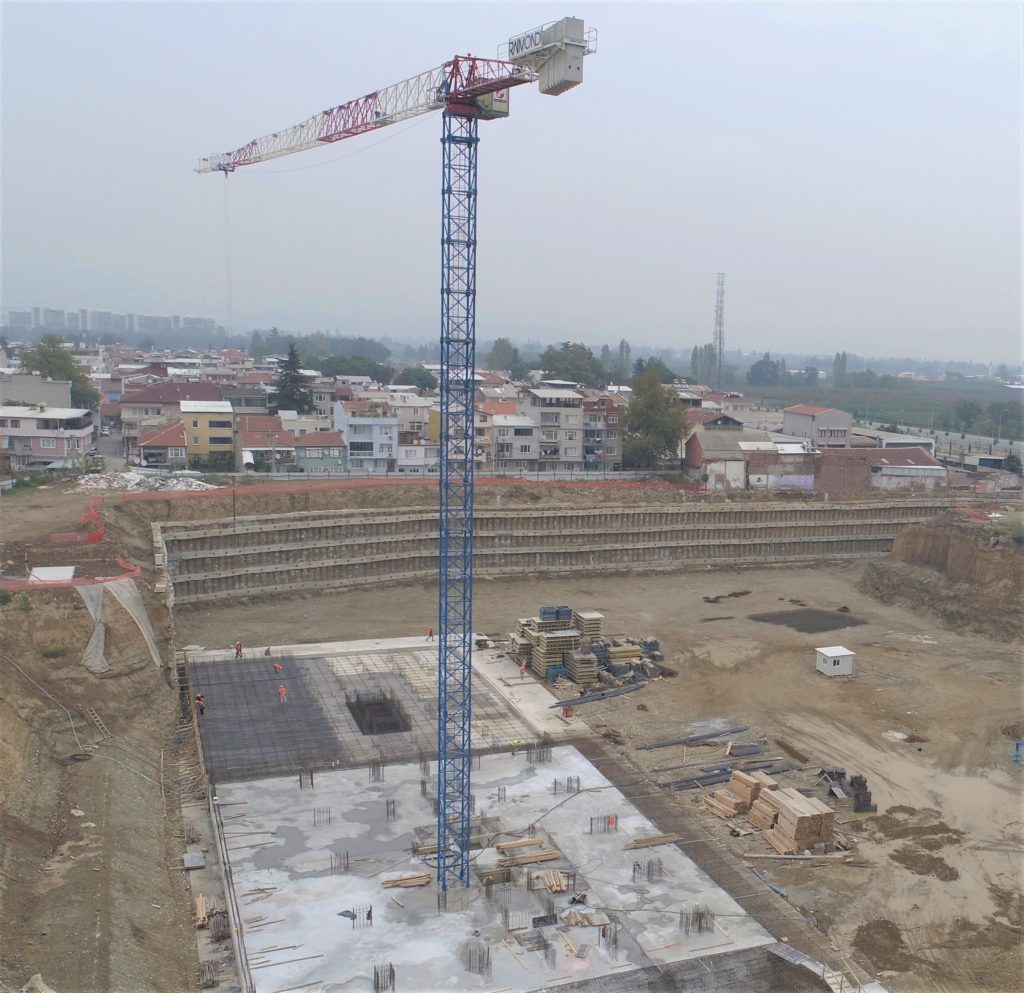 The site planning configuration regime includes four additional 8-tonne Raimondi MRT159s with final HUHs of 80 meters and one collar each, all with an initial HUH of 60 meters and jibs lengths of 65 meters. The sixth crane, a Raimondi 8-tonne MRT152 beginning with an HUH of 54 meters, will reach a final HUH of 80 meters with one collar and a jib length of 65 meters. “AKEM supplied three of our technicians for the jobsite installation including one Erection Supervisor, who is responsible for all safety considerations. We had presented our install and dismantle plans to our client early in the conversations, and went forward as per the initial strategy which included a 200 tonne mobile crane,” said H. Okan Deligöz, General Manager, AKEM Group.

Downtown Bursa, an ambitious and prestigious hallmark project by Atış Construction, will include 688 residences and 83,000 sq. m. of retail and entertainment facilities, hospitality outlets, an arts and culture center, and the Pars City Museum. “AKEM Group is incredibly proud to be part of this important development, invigorating of one of Turkey’s most storied and treasured locations. Bursa, a UNESCO Heritage Site, is the fourth largest city in Turkey and it plays an important role in our country’s history,” he continued.

“This is our first endeavor with Atış Construction, and we look forward to continuing to support our client onsite for the duration of the project.” AKEM Group, with a fleet size of 139 cranes, all of Raimondi manufacture, currently also services more than 150 Raimondi cranes previously sold in the Turkish market.