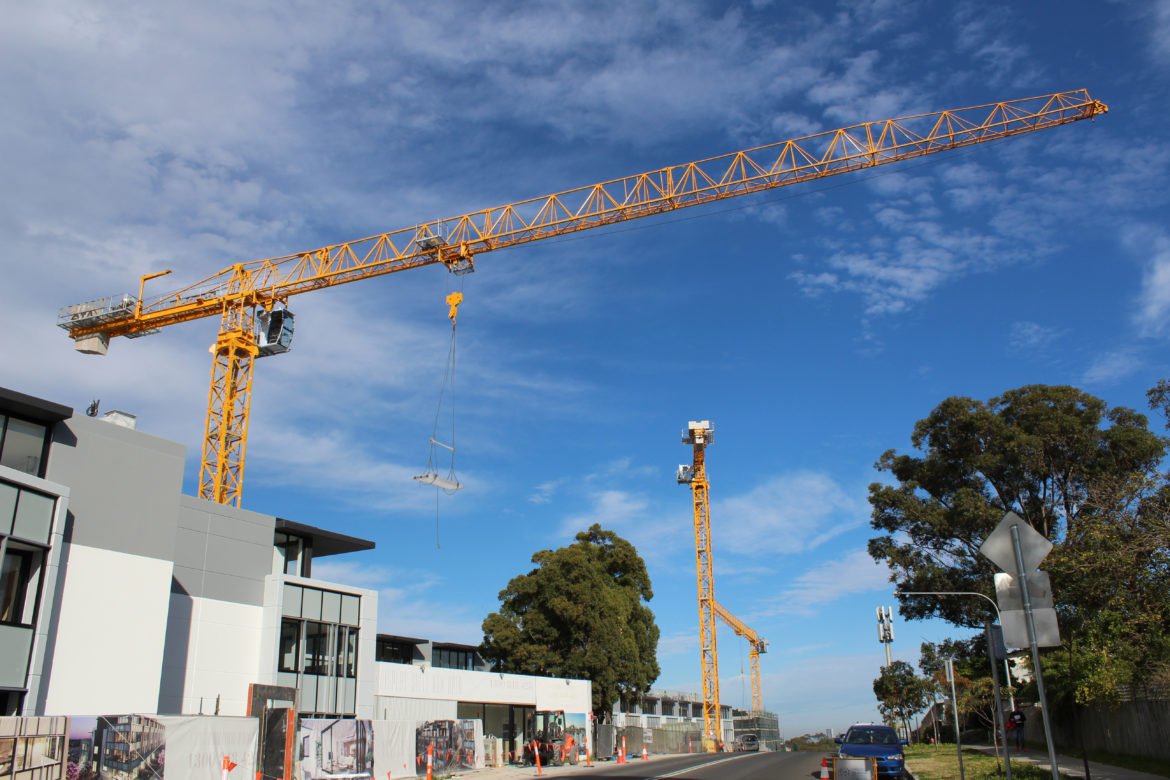 Over the past three years, the company has added 72 Potain cranes, mostly MCT 88, MCT 68, and MCT 205 topless units. Active Crane Hire also has sold a number of MCT 85 cranes to other companies. From the self-erecting range, it has added several Igo 36 and Igo 22 models. The company also received the first two Potain Hup cranes — the Hup 32-27 self-erecting cranes — earlier this year, and further new arrivals are expected in the coming months.

Hermann Buchberger, managing director of Active Crane Hire, said the company was able to plan its investment in new Potain cranes around the surge in Sydney property activity. “Three years ago, we saw there was going to be an increase in residential building projects, especially medium-density developments,” he said. “We knew the size and number of cranes we would need and that there would be a particular focus on developments over five stories. Work levels remain high and at present we’re handling around 100 residential projects a year.”

Several of Active Crane Hire’s Potain MCT 205 units are currently being used on a luxury residential development in Eastwood with four six-story towers and a luxury house on the waterfront of Point Piper, the most expensive suburb in Australia. There are three MCT 205 cranes on the Eastwood project, while at the Point Piper residential development a single unit is helping with construction, having spent almost a year supporting excavation works.

The MCT 205 boasts fast transportation and assembly on site, and once erected the crane offers a maximum radius of 65 m, a maximum capacity of 10 t, and up to 1.75 t capacity at its jib end. There are 10 MCT 205 units in the Active Crane Hire fleet.

The two most popular cranes in the company’s fleet are the MCT 68 and MCT 88 units, which are used on a number of residential developments across the Sydney metropolitan area. “We like the compact MCT 68 and MCT 88 because we can fit them into tight spots,” explains Buchberger.

One feature of the MCT 88 that is particularly well-liked by the Active Crane Hire team is its integrated remote control. This function allows the contractor to free up an operator and employ them elsewhere on the jobsite. “Sometimes the cranes might not be needed to work for long on a particular day,” notes Buchberger. “So the cranes’ ability to be remotely controlled eliminates operator idle time delivering cost savings to the jobsite.”

DICA’s Cavity Pad Plus Outrigger Pads to Debut at ICUEE