8 tower cranes shut down after load crashed onto hand rail 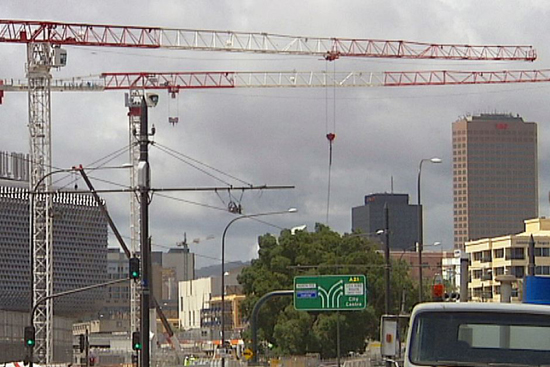 The construction union has raised concerns about the safety of cranes on the new Royal Adelaide Hospital site after an accident last week.

The union says a load being lowered by a crane went out of control and hit a hand rail on Friday.

Eight cranes on the site were turned off after the incident and three remain shut down.

Safework SA is investigating the accident but the union believes it was caused by either a gearbox problem or computer error.

CFMEU State Secretary Aaron Cartledge says it is not a one-off incident.

Mr Cartledge says workers’ concerns have not always been listened to.

“These cranes have had problems with their anti-collision gear,” he said.

“We’ve had cranes that have actually struck each other because of the collision gear that’s failed, we’ve also had problems with their slew brakes in holding with a wind like today.

“We’ve had all sorts of problems with management here. They’ve been fairly obnoxious in dealing with our members in the crane crew. I think now they are starting to listen. We’ve got some very experienced tower crane drivers here and when they talk, they should listen.”

The consortium building the hospital has been contacted for comment. 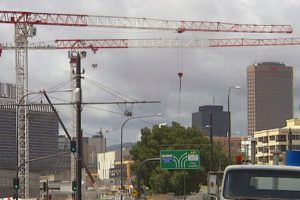