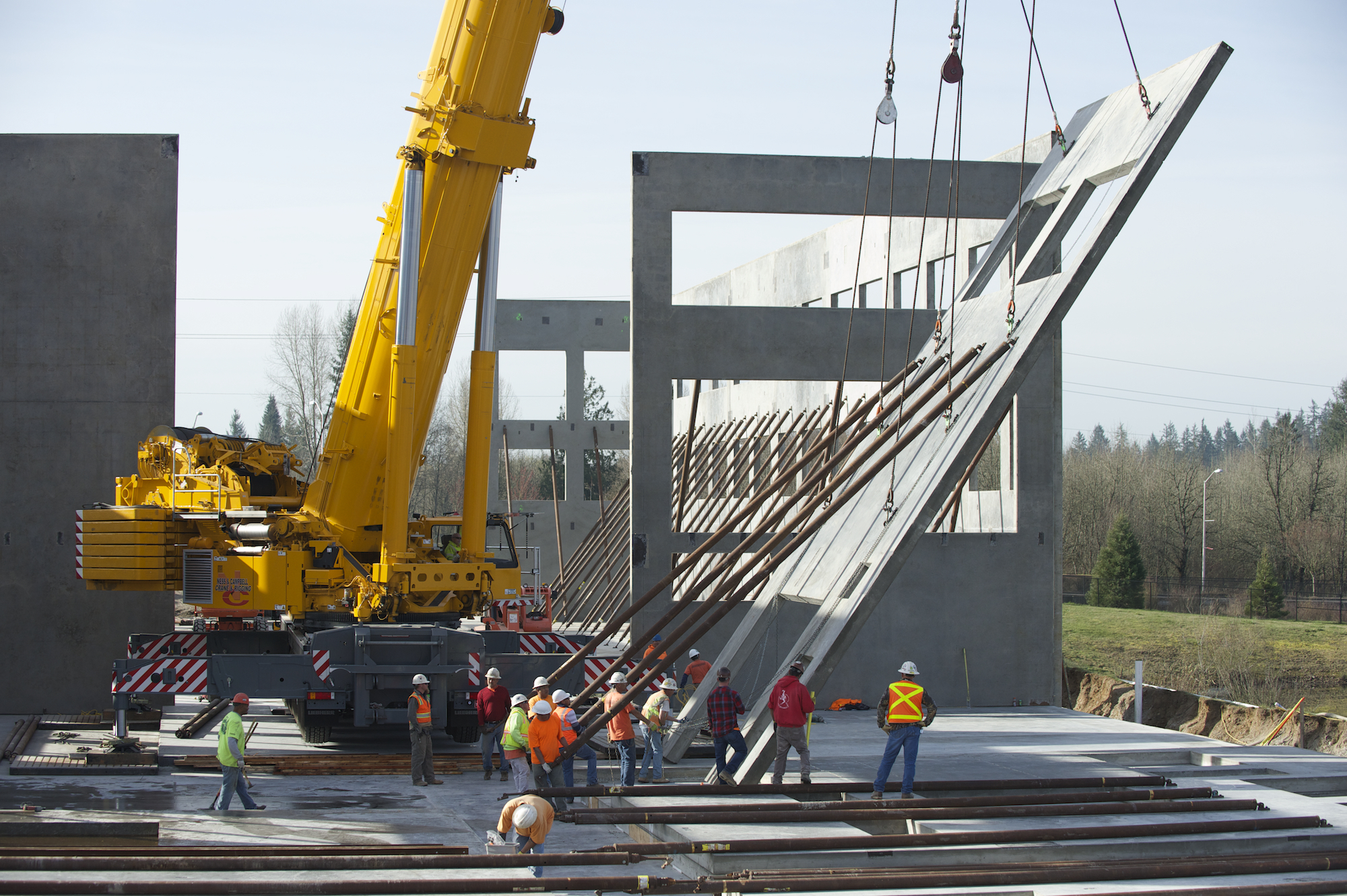 It takes a gigantic piece of machinery to lift up to 178,000 pounds of slab concrete and move it like a playing card in a 39-card deck.

The Ness & Campbell LTM 1500-8.1 AT hydraulic crane is piercing the sky on Camas’ Lake Road, just east of Union High School, The 600-ton crane is lifting 39 concrete tilt-up panels to frame a three-floor commercial building. Â Many other Clark County tilt-up concrete buildings have been built using hydraulic lifts, but the crane at the new Dwyer Creek Business Center is “the largest one I’ve ever seen,” said Matt Olson, president of Robertson & Olson Construction Co. in Camas, the project’s contractor.

Olson was on hand Tuesday to watch the work, which his company videoed for Â YouTubeg. Olson and his wife, Tina, and local investors Steve and Jan Oliva are developers of the estimated $8 million building.

Lifting giant walls is impressive but not particularly complicated. First, the crane inches into place and sets its stabilizing pads. Workers then hook cables anchors on the tilt panel. The crane operator tightens up the cables and begins the lift. Up comes the top of the wall, lifting away from the building’s perimeter. The men, looking smaller as the wall rises, pull back and lift the anchored support braces that hold the wall until the building’s roof is in place. The upright wall is then lifted from the ground and guided by men and machine into its final position for anchoring.

The movement of the giant slabs of concrete has impressed people both inside and outside the construction industry, LeDoux said. “There’s always a certain amount of interest when the panels go up,” he said. “There’s a shock and awe.”

While tilt-up construction is common for industrial and warehouse buildings, the nearly 85,000 square-foot building at the new Dwyer Creek Business Center doesn’t fit the usual tilt-up mold. For starters, it contains three floors â€” including a ground floor, or basement that will be used as an indoor firing range, and two upper levels. That means the panels are unusually large, as much as 45 feet in height and 33 feet in width. 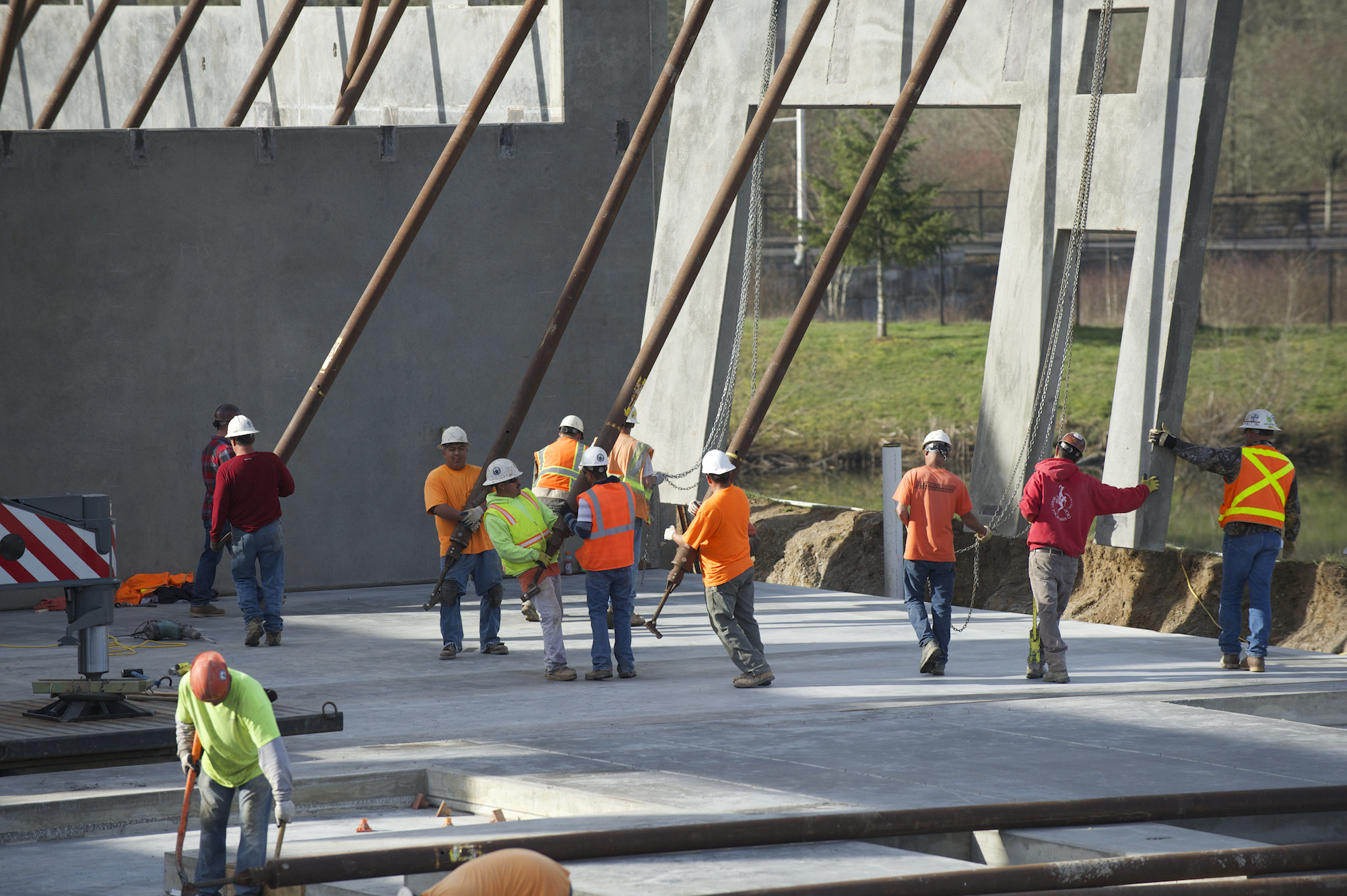 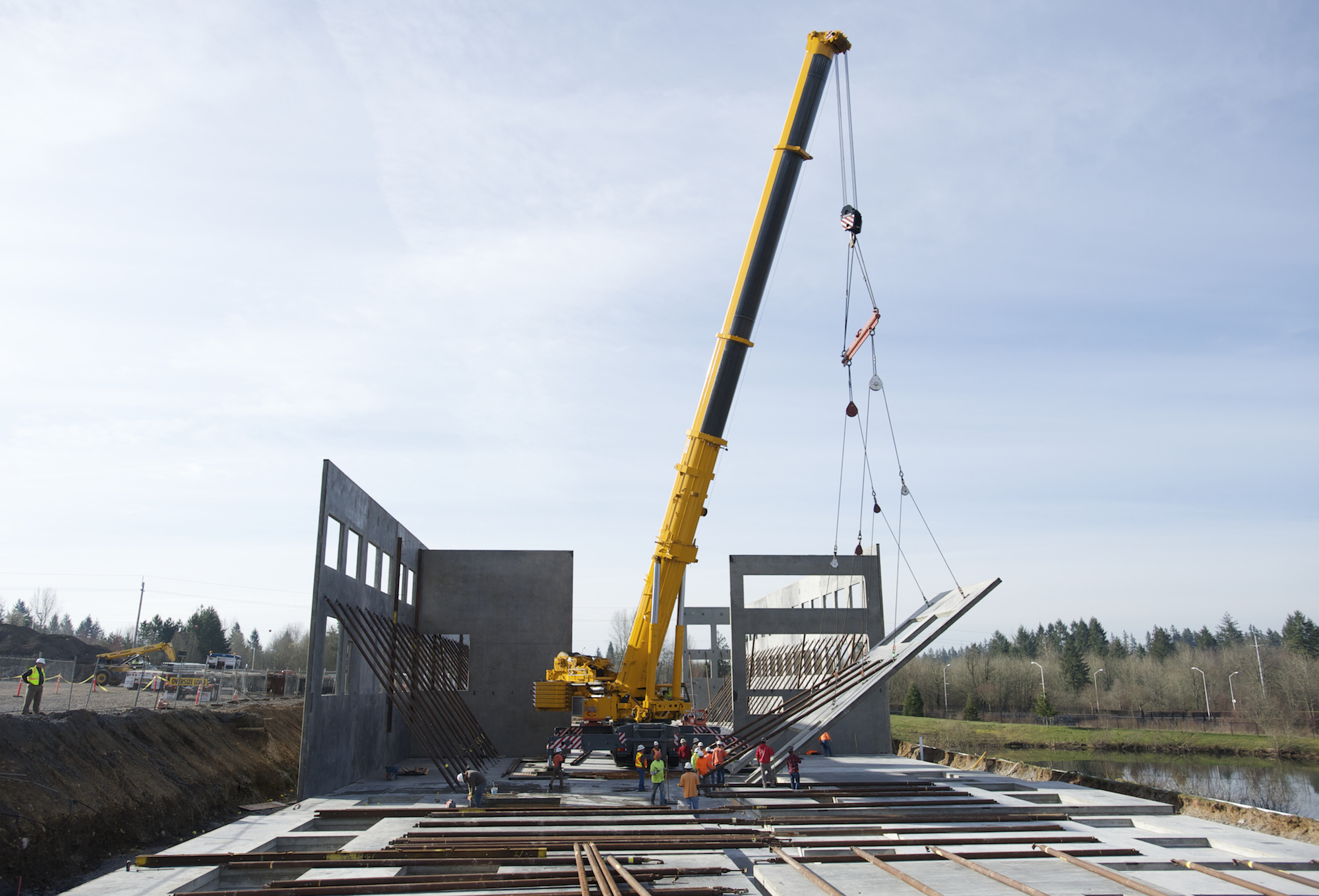 In Pictures: AT Cranes lifting a tipped Crane in Germany