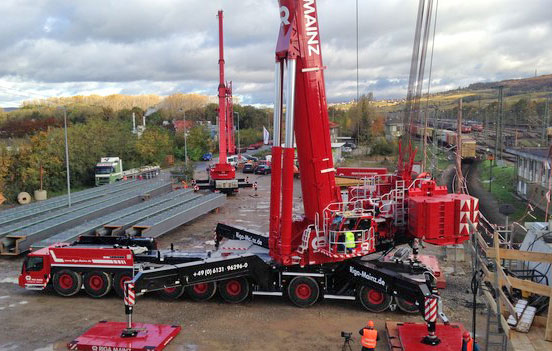 A heavy piece of work – at least as far as the weight – put the workers on the tram construction site on the weekend behind: In eight steps, she lifted the iron girders for the approach bridge on the pillars and thus placed a major step toward completion of the tram bridge over the railway tracks back.

Those who wanted to witness the spectacle from the beginning, had to get up early on Saturday.Â For the 750-ton crane Â had begun work at dawn so to launch the first carrier in the western abutment and the first bridge piers.Â As she had suspected that there might be problems that supervision had on Friday decided at short notice to start work earlier than planned.Â And the problems were: The second carrier was not a precise fit.Â “Whether it was a design flaw or if it has warped slightly during storage or transport, we cannot be sure,” said Axel Moick, head of the Municipal Engineering Department. 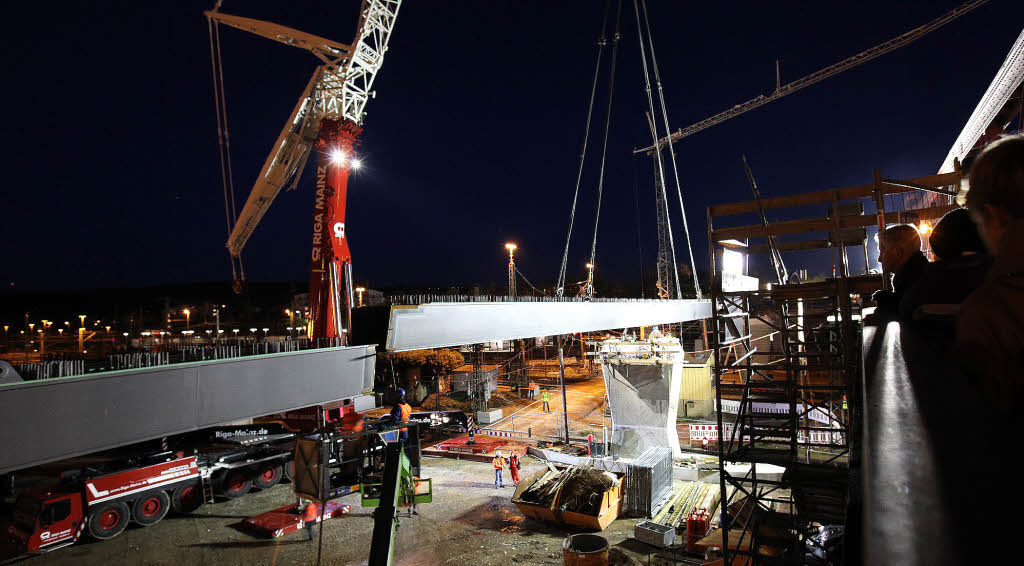 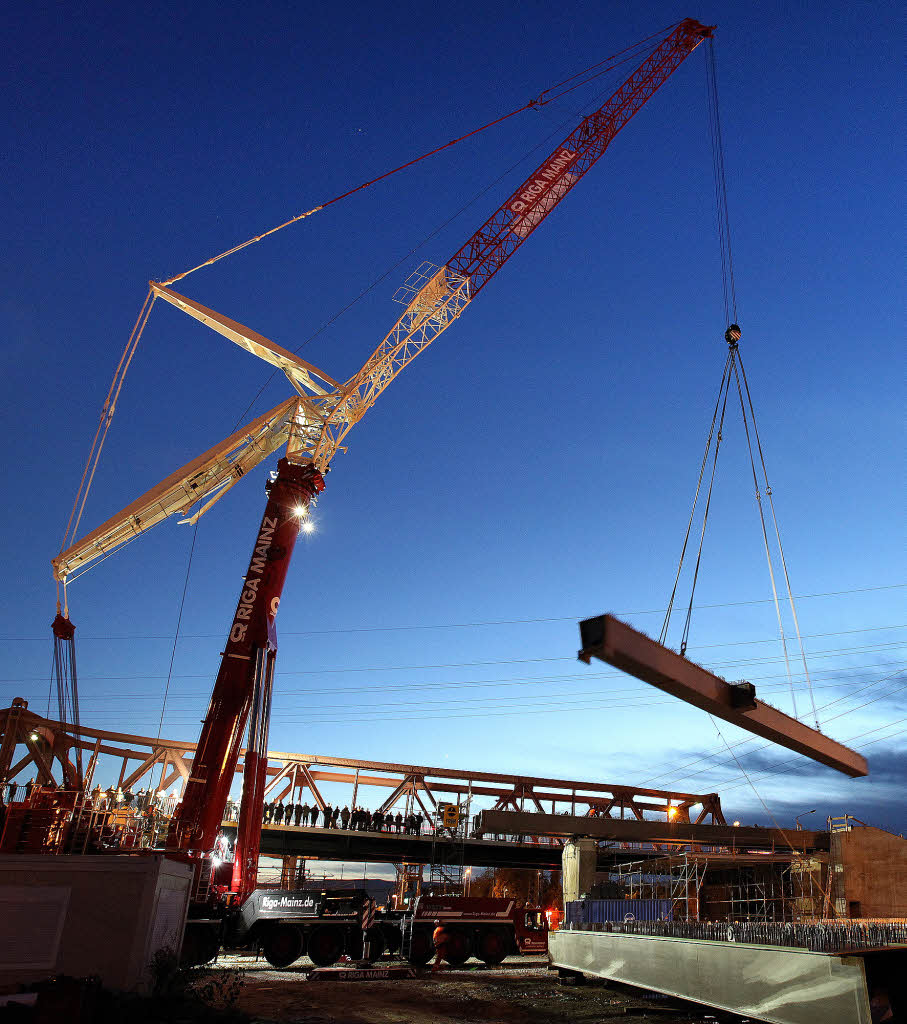