$50 million Bay Bridge crane given to builders for free 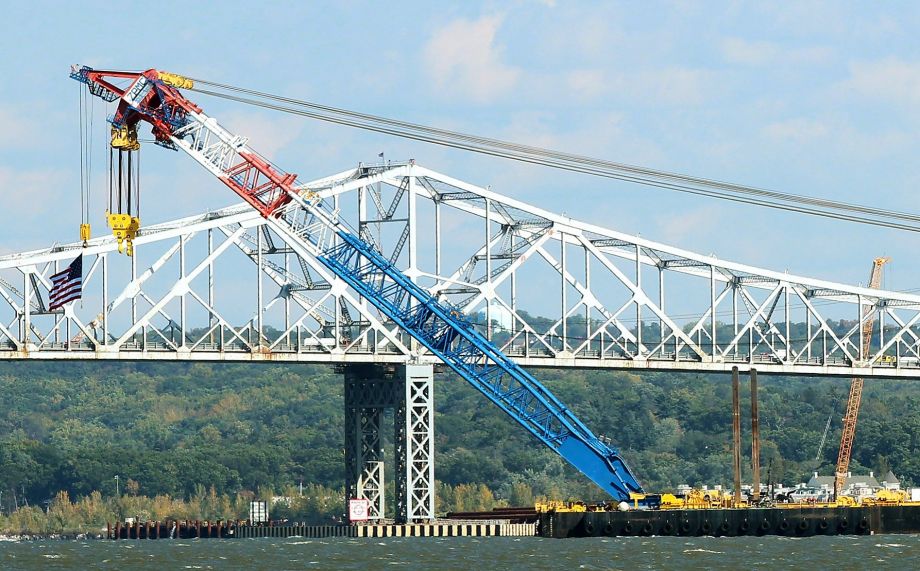 Bay Area commuters paid $50million for that monster crane that was used to help build the $6.4 billion eastern span of the Bay Bridge â€” only to see it later handed over to the builders for free.

Now, it turns out, those same builders are cashing in on it â€” putting it to work constructing a new taxpayer-funded bridge in New York.

â€œThe optics are hard, but it was the right thing to do,â€ saidÂ Bay Area Toll AuthorityÂ spokesmanÂ Randy Rentschler.

The huge, custom-built Left Coast Lifter, which for years was a fixture on the Oakland side of the span, weighed anchor at the Port of Oakland in December for a 6,000-mile voyage down the West Coast, through the Panama Canal, across the Gulf of Mexico, up the East Coast and into New York Harbor.

The Lifter has been rechristened the I Lift NY super crane and has been put to work on the New Tappan Zee Bridge going up over the Hudson River. For the next three years, it will be used to hoist heavy pieces of the new bridge in place, and then to help dismantle the old Tappan Zee.

â€œAny crane that saves the state of New York over a billion dollars, I love,â€ he said.

Cuomo really should be loving Bay Area toll users who footed the bill for the crane.

Back in 2006, when American Bridge/Fluor submitted its winning $1.4 billion bid to build the Bay Bridgeâ€™s self-anchored tower â€” the worldâ€™s largest â€” it proposed having the floating crane specially built to help lift the 1,300-ton steel sections into place.

The company wrote in a provision allowing it to keep the crane afterward.

â€œIt was factored into their winning bid for the construction of the project,â€™â€™ saidÂ Metropolitan Transportation CommissionspokesmanÂ John Goodwin, who added that itâ€™s no different than the contractors being paid $250 million to demolish the old bridge span and also profiting from the sale of the scrap of the old bridge.

Besides, by giving the crane away, the state wouldnâ€™t be on the hook to sell a one-of-a-kind piece of equipment that it had no other use for, say bridge officials.

American Bridge/Fluor, however, found a buyer. They â€œsoldâ€ the crane to Tappan Zee Constructors â€” the consortium they are part of thatâ€™s building the new New York bridge.

As for how much they were paid?

She did tell us, however, that the crane will be returned to American Bridge/Fluor once the consortium is finished building the bridge.

State Sen.Â Mark DeSaulnier, D-Concord, who convened a series ofÂ Transportation CommitteeÂ hearings this year over the runaway bridge costs and construction defects, asked whether Californians got cheated in the deal.

â€œI have to look at the contract,â€ he said recently when we informed him of the crane giveaway. â€œBut if toll payers of the Bay Area paid for this â€” and (officials) saw some use for it â€” they should get some of the value out of it.â€

Tag team:Â As the Oakland mayoral race goes into the final stretch, poll after poll continues to show CouncilwomanÂ Rebecca KaplanÂ as the front-runner â€” with her opponents in a tag-team relay trying to elbow past her.

â€œA lot of it is based on the latest polling,â€ said candidateÂ Joe Tuman, referring to a recentÂ KPIX/Survey USAÂ poll of 515 likely voters that had Kaplan with 19 percent of first-choice votes but CouncilwomanÂ Libby SchaafÂ on her heels at 17 percent, followed by incumbent MayorÂ Jean QuanÂ and Tuman both at 15 percent, andÂ Bryan ParkerÂ at 10 percent.

Those who study the polls tell us that incumbent Quan is in serious trouble â€” and that it is boiling down to a two-way race between Kaplan and Schaaf, with Tuman and Parker still having an outside chance, depending on how people cast their second and third votes.

Kaplan and Schaafâ€™s first- and second-place showing is one reason Tuman, Parker and City AuditorÂ Courtney RubyÂ teamed up Thursday in a joint call for â€œnew bloodâ€ at City Hall â€” by voting for them rather than either of the two incumbent City Council members.

Meanwhile, another group called Citizens for Oakland sent out mailers saying, â€œif you like the direction the city is going,â€ vote for Kaplan and Quan â€” next to some unflattering pictures.

â€œIf you donâ€™t like the direction the city is going and want new leadership you should vote for these three,â€ continued the mailer, featuring flattering pictures of Schaaf, Tuman and Parker.

As for Kaplanâ€™s reaction to being the new pinata?

â€œI see it as incredibly important that I continue to call every voter â€” to knock on every door,â€ Kaplan said.

San Francisco Chronicle columnistsÂ Phillip MatierÂ andÂ Andrew RossÂ appear Sundays, Mondays and Wednesdays. Matier can be seen on the KPIX TV morning and evening news. He can also be heard on KCBS radio Monday through Friday at 7:50 a.m. and 5:50 p.m. Got a tip? Call (415) 777-8815, or e-mail [email protected] Twitter: @matierandross 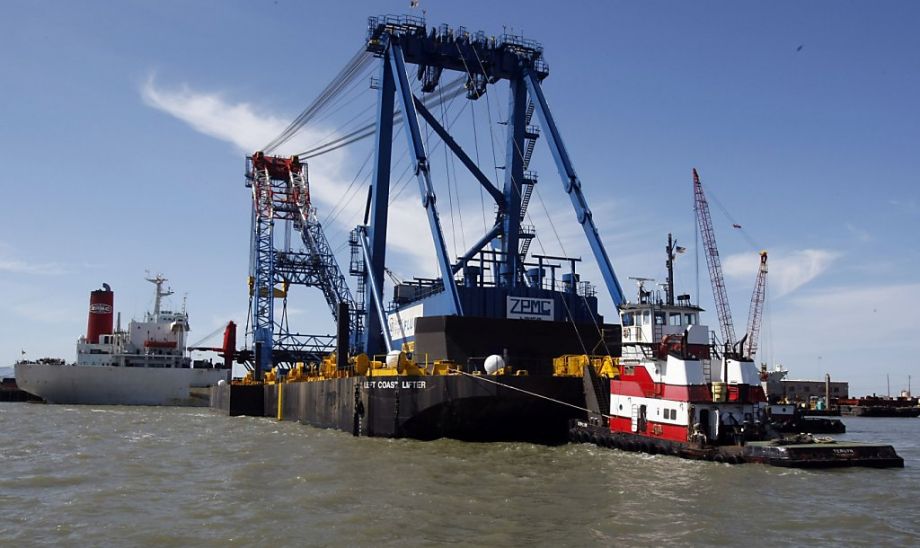