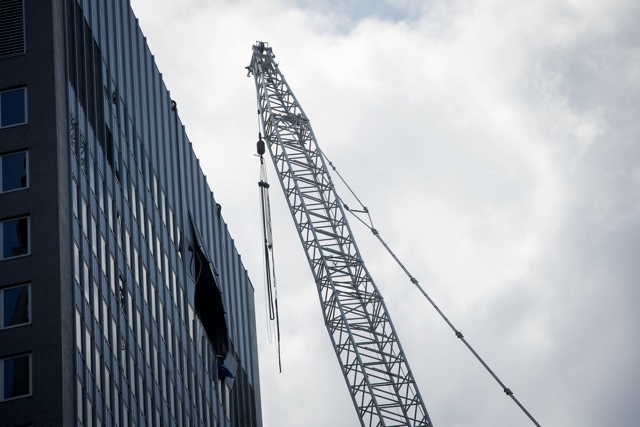 On Sunday morning, a huge commercial air conditioning unit toppled nearly 30 stories to the street as it was being lifted into a Madison Avenue office building. City officials revealed yesterday that the AC unit was 23,000 pounds

The unit crashed into the building’s facade, sending debris cascading into the street, and then the unit itself tumbled onto a car. Amazingly, the couple inside the car weren’t seriously injured.

WABC 7 reports that the floor apparently buckled when the unit was being placed: “Workers experienced a sudden shaking and the floor buckling. There was a weight shift, and the air conditioning unit fell. Investigators are looking at what caused the floor to buckle, saying that either the payload was too heavy for the floor, or there could be a defect in the floor.”

A steel beam also crashed through the ninth into the eight floor. And when the unit hit the street, it caused a small break to a 12-inch water main.

The Daily News, which described the AC unit as being the size of a shipping container, spoke to a business owner who was “shocked,” but also found a bright side, “It’s better it happened on Sunday because Monday to Friday at working time [there are] a lot of people.” 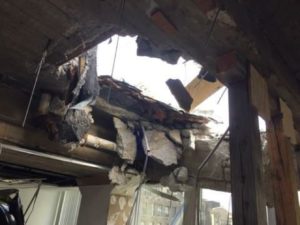 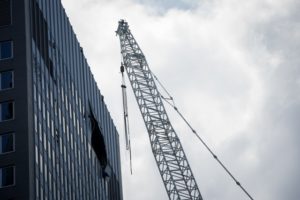 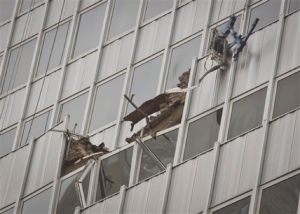 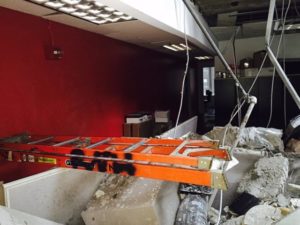