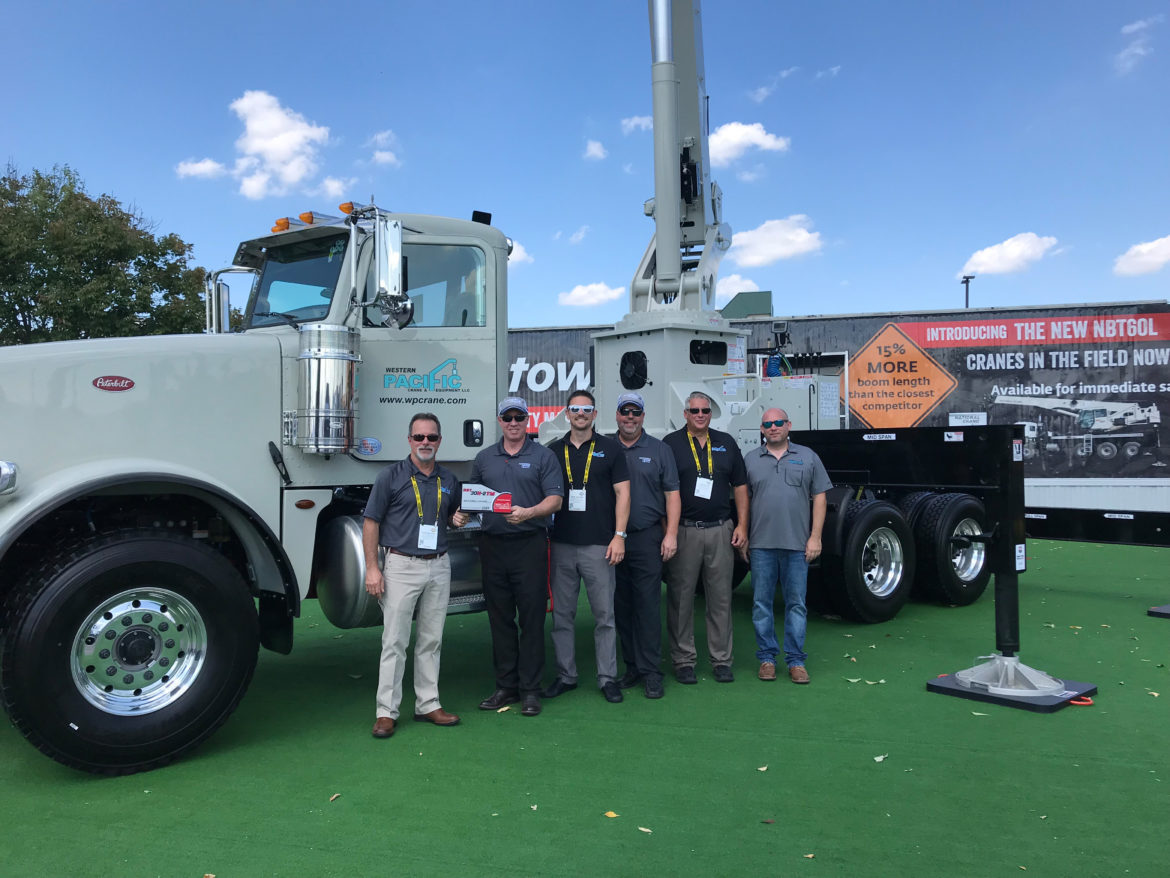 Manitowoc and Western Pacific Crane and Equipment (Western Pacific) celebrated the Fontana, California-based dealer’s purchase of a new National Crane NBT30H-2 TM boom truck at the International Construction & Utility Equipment Exposition (ICUEE). The crane was on display at Manitowoc’s booth during this year’s show, which was held October 1 – 3 at the Kentucky Exposition Center in Louisville, Kentucky.

Western Pacific added the crane to its fleet because of its great value in oil field work and utility applications, as well as everyday taxi crane service. The NBT30H-2 TM was manufactured based on direct input from customers, a reflection of The Manitowoc Way, and went from concept to production in just eight months.

“We’re excited to have this crane in our fleet,” said Bob Johnson, president of Western Pacific. “The combination of high capacity and best-in-class boom length makes this crane a perfect fit for utility companies. The longer boom enables customers to pick up loads at the rear of the trailer without detaching from the kingpin.”

The NBT30H-2 TM features a 69 ft boom with a 78 ft max tip height. It also offers 360° stability, with and without the trailer attached for increased utilization. The out and down main outriggers and stabilizers, as well as a fully integrated heavy-duty front outrigger, enable customers to use the crane on uneven terrains.