Wait is over for Mi-Jack’s Lanigan 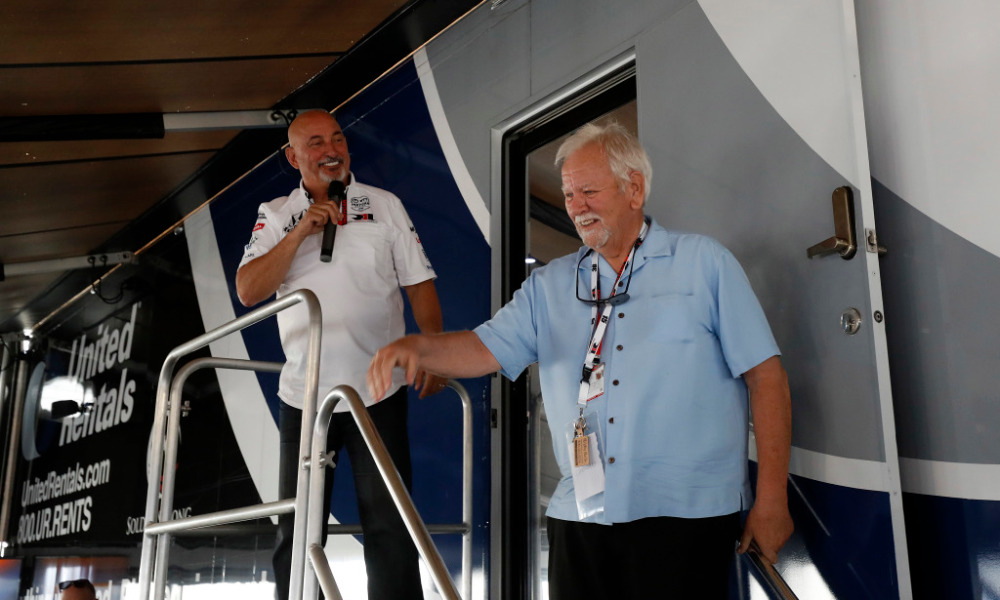 The roster of names covers the gamut of open-wheel racing over the last four decades at the Indianapolis 500. Eric Bachelart, Brian Till, Alessandro Zampedri, and more carried the yellow and red sponsorship colors of Mi-Jack, Mike Lanigan’s heavy equipment manufacturing and sales company.

In the early days, Dale Coyne’s cars were the most frequent recipient of Lanigan’s benevolent love for IndyCar racing, and with a move into team co-ownership in the early 2000s with Bachelart’s Conquest Racing squad, the likes of Laurent Redon, Justin Wilson, Andrew Ranger, and others represented Lanigan’s interests during The Split.

Joining forces with Carl Haas and Paul Newman in 2008 as Champ Car and the former Indy Racing League merged, Lanigan had a few more runs at Indy 500 glory until moving over to the team owned by Bobby Rahal and David Letterman in 2010. Renamed as Rahal Letterman Lanigan Racing, RLLR saw Takuma Sato come tantalizingly close to an Indy 500 win in 2012, and in the ensuing years, Lanigan waited patiently as his dream of winning Indy failed to materialize.

The team finally delivered for the Chicago native on Sunday as Sato earned his second victory at the 500, and despite being a co-owner, Lanigan has continued to infuse the program with funding as Sato’s No. 30 Honda entries often bear the Mi-Jack name on the sidepods. Amid the celebrations with his crew and team principals last weekend, Sato acknowledged Lanigan’s exceptional commitment to his program.

“I know every single driver, every single team is the same circumstance and everyone wants to win the 500, but (this win was made possible by) Bobby, and David Letterman, and particularly Mike Lanigan, who (makes) a lot of a financial commitments on my 30 car,” he said.

For Rahal(pictured at left, above, with Lanigan), who won in 1986 at a driver, and has a 2004 Indy win with Buddy Rice as a team owner with Letterman, seeing Lanigan’s reaction to becoming a first-time 500 winner was an added bonus. 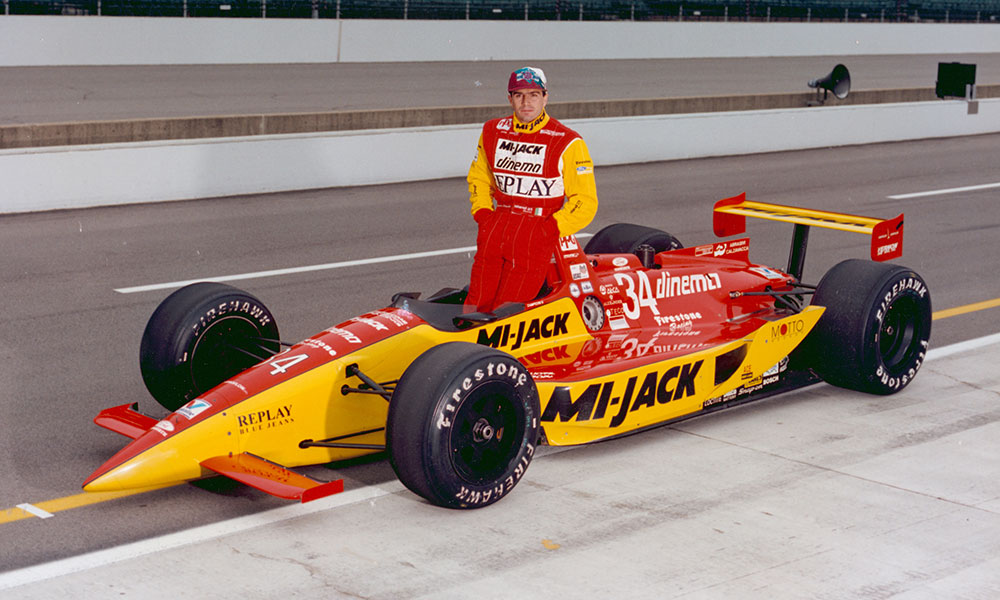 Lanigan backed a succession of drivers at Indy, like Alessandro Zampedri shown here in 1995, before finally hitting the jackpot this year with Sato. Marshall Pruett archive

“Mike Lanigan had been involved as a sponsor as a co-team owner at Indy, been there with Eric Bachelart, been there with Newman/Haas, been there obviously with me,” he said. “His dream was always to have a 500 win. To see him as happy as he was after the race, his family… I mean, this family lived it for so long to try to have that win and finally (they) get it. It was just really great to see.”

Behind the scenes, Lanigan is known for having one of the bigger hearts in the NTT IndyCar Series paddock. Actively avoiding the spotlight, his actions to help those in need have become commonplace; if a driver is injured and needs a private flight, or if that driver’s family is needed at the bedside of a stricken driver, Lanigan’s plane is dispatched, and at no cost. If financial support is needed, quiet assistance is provided. All without public knowledge, and with no expectations in return.

Separate from the fortune he’s spent putting drivers in races and keeping teams afloat, some of the raw joy expressed within IndyCar for RLLR’s Indy 500 was reserved for Lanigan receiving a long overdue trip to Victory Lane.

“I think the first Indy he went to was in the earl ’70s, and Mike is just a tremendous partner, friend,” Rahal added. “He is a super smart guy and is so unbelievably respected within his business communities that he’s involved with. He really brings so much to the equation, and for any car race. He just derives a great personal satisfaction from it.

“He’s not looking for the headlines for himself, it’s all about the team. It’s all about his companies, the people that work with him. I really was lucky that he decided to come along with me and David, because his contributions and the intelligence he’s provided us as a team … It’s really been fundamental to our success to date.”

Wait is over for Mi-Jack’s Lanigan was last modified: September 29th, 2020 by Ron Selby
indy 500LancoLaniganmi-jack

At ALL Crane, Collaboration Reigns Not even a global pandemic can stop commitment to continuous improvement