Do you remember how proud you were the first time you built something with Legoâ€”without instructionsâ€”that other people could recognize? Weâ€™re sorry to say it was probably complete garbage compared to YouTuber ShineYuâ€™s fully-functional, remote-controlled Liebherr LTM 1350 all-terrain crane model. 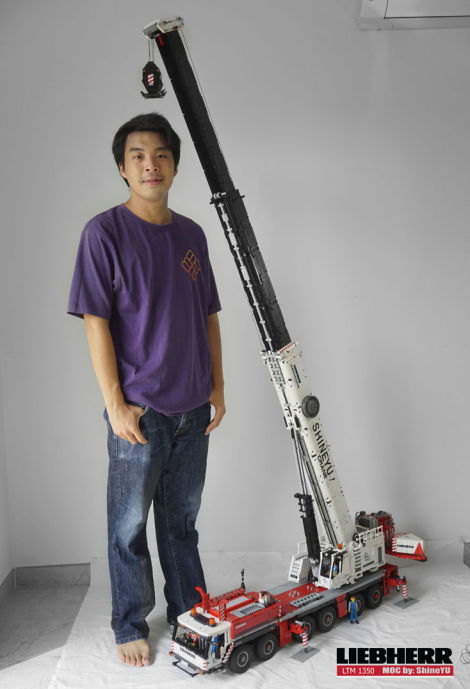 Measuring in at over three feet long and weighing close to 22 pounds, ShineYuâ€™s creation not only looks like a flawless replica, it also works like the real thing, matching the full-sized version on almost every last feature.

It boasts eight wheel steering for maneuvering around tight corners, retractable support columns for stability, and a separate support truck with trailer for carrying the LTM 1350’s counterweights. Its rotating main boom can lift over four pounds when retracted, and when fully extended it actually ends up being taller than the modelâ€™s creator.

ShineYu even created custom labels and graphics for his creation, which goes a long way to making it look remarkably realistic, even at this small scale. It definitely puts that rainbow, roofless house you built as a kid to shame.