Utah construction is hit hard as workers leave the industry 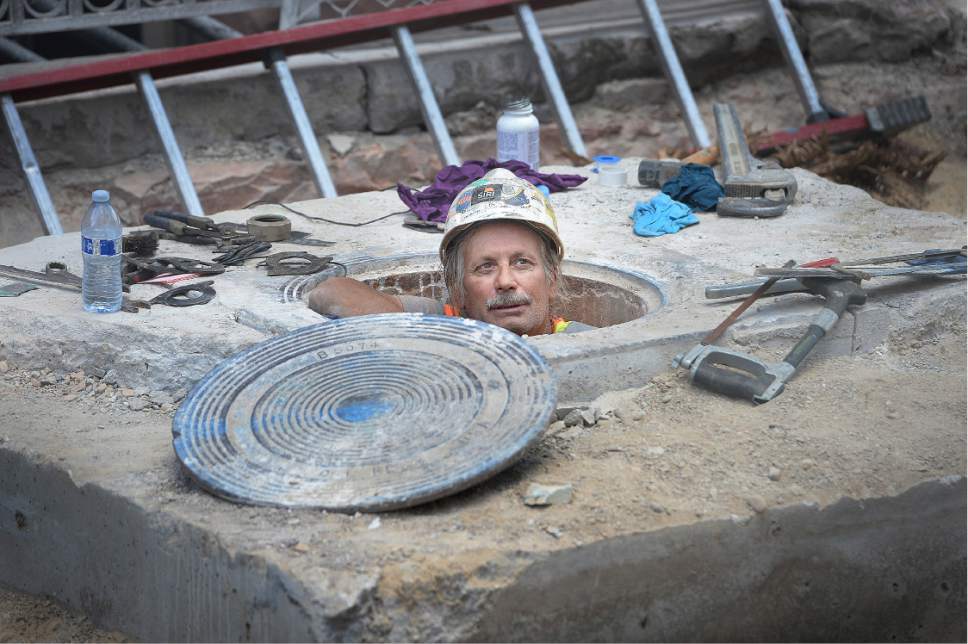 A worker pops up out of a manhole cover in Salt Lake City, Utah. There is currently a shortage of construction workers.

With building activity on the upswing, Utah contractors are having difficulty finding and hiring workers, a new survey says.

Four of every five contractors in the state reported that a labor shortage is affecting their operations, according to the poll from the Associated General Contractors of America.

Utah’s construction employment is up from last year as are the dollars flowing to new commercial projects. But with low unemployment overall, a lack of workers is now the building industry’s No. 1 worry, said Richard Thorn, president and CEO of the association’s Utah chapter.

“All across the board, this is a big deal,” said Thorn, whose organization represents about 400 top Utah construction firms.

The industrywide trend, Thorn said, is pushing up wages and construction costs, lengthening completion schedules in some cases and forcing employers to do more on-the-job training.

Not surprisingly, the industry is heavily involved in vocational training, mentoring and apprenticeships to improve workforce availability.

“We are working diligently to help that next generation find its way into this industry,” Rindlisbacher said.

In Utah and across the nation, construction workers left the industry in droves during the housing collapse and economic slump. They haven’t returned, opting for jobs in other sectors. Recent graduates, meanwhile, are increasingly pursuing other fields. Industry experts estimate that for every five workers leaving the sector today, only one joins it.

Utah contractors said the hardest-to-fill openings are in the crafts â€” carpenters, masons, crane and heavy-equipment operators. Shortages also spring up in managerial and supervisory positions, such as project managers and cost estimators.

Two-thirds of Utah contractors said they raised pay in the past year, while also offering bonuses, better benefits and other incentives. They boosted overtime hours, as well.

Most expect to need more employees during the next year, either to expand their operations or to replace departing workers. Some 10 percent of respondents said they would have “no trouble” filling those positions.

Half of Utah contractors rated the local pipeline for well-trained craft personnel as “poor” while 20 percent put it as “good.” Nearly half (47 percent) said they were losing workers to other construction firms; 42 percent noted crews were bolting for jobs in other industries.