Universal Orlando installing a dragon with a Crane 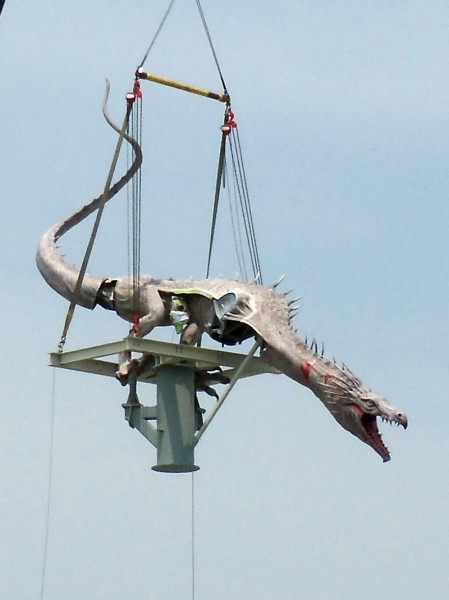 Over the weekend, Universal Orlando began installing the dragon that will be perched atop Gringotts Bank in the Wizarding World of Harry Potterâ€™s highly-anticipated expansion.

The iconic dragon was installed with a large crane on the building housing Diagon Alleyâ€™s main attraction, â€œHarry Potter and the Escape From Gringotts.â€

The first photo was taken by our friends atÂ Inside the Magic, and the second photo is byAmusement Buzz. The dragon will be breathing fire down towards Diagon Alley as guests stand in awe and take endless photos for Instagram

The dragon was first unveiled in concept art for Diagon AlleyÂ last May. At first no one assumed that the dragon would actually be atop Gringotts bank, let alone breathing fire, but it didnâ€™t take long for a Universal representative to confirm that it was true.

Universal Orlando installing a dragon with a Crane was last modified: May 27th, 2014 by Ron Selby