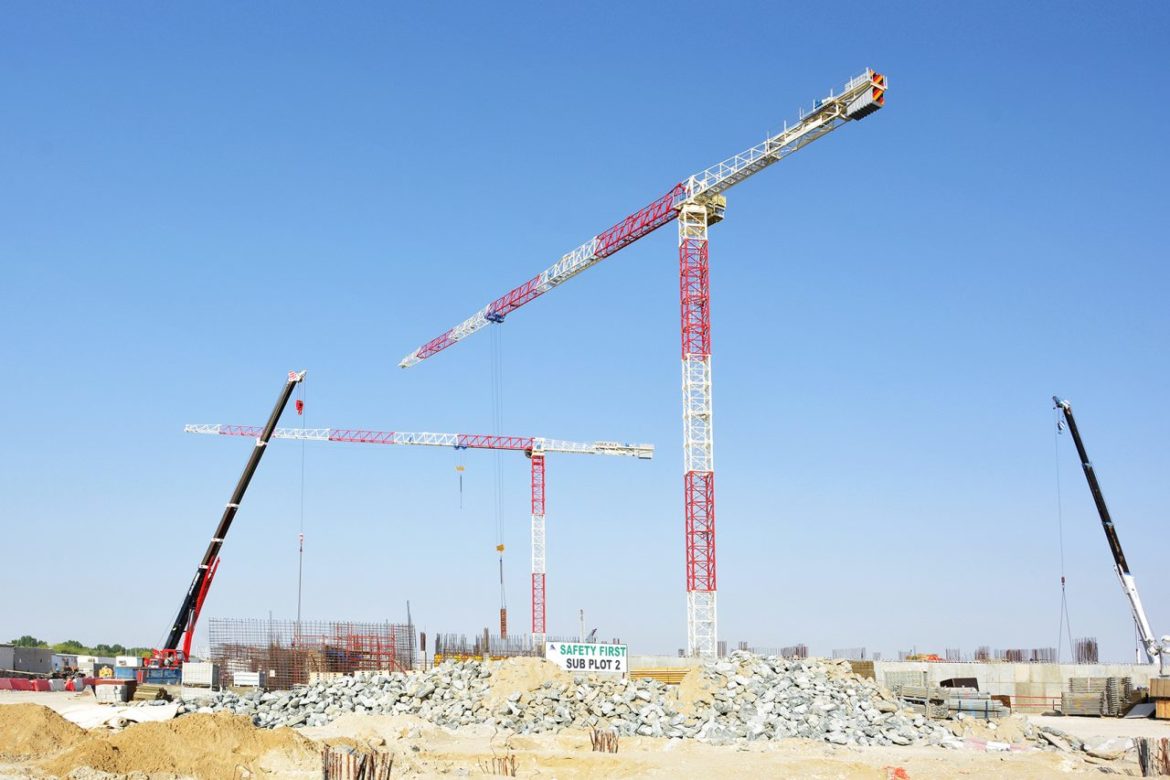 Supported by Raimondi Cranes Middle East, contractor National Project & Construction LLC (NPC) has installed two MRT294 topless tower cranes at a major residential project in Abu Dhabi’s Yas Island, in the UAE. Currently operational, and with an Height Under Hook (HUH) of 62.5 meters and jib lengths of 60 meters, the cranes are based on the Water’s Edge development, which is part of Yas Island masterplan being managed by the Emirate’s largest developer, Aldar. 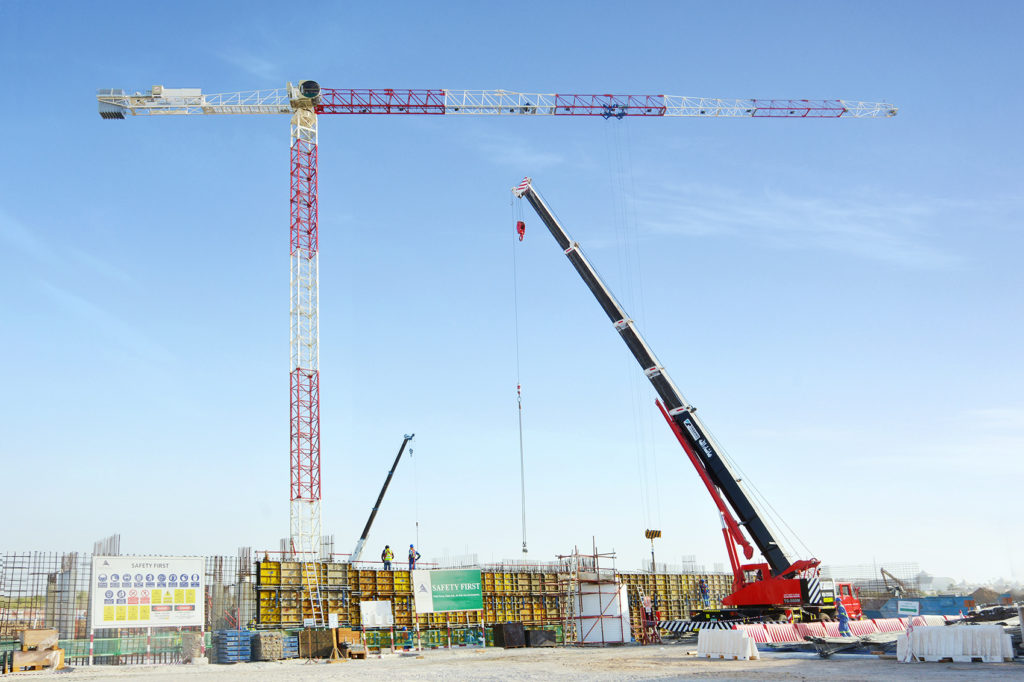 Both MRT294s are now operational at the new residential development on Yas Island, Abu Dhabi

“As one of Raimondi’s heaviest lifters, the MRT294s are a very suitable fit for this project. The maximum capacity of this model is 16 tonnes, and it has enabled NPC to relocate it repeatedly to many of their landmark jobsites in the county,” said Wael Hasan, Middle East Commercial Director, Raimondi Cranes. Hasan explained that one of most sought-after features of the MRT294 is its ability to reach a freestanding height of 65 meters. 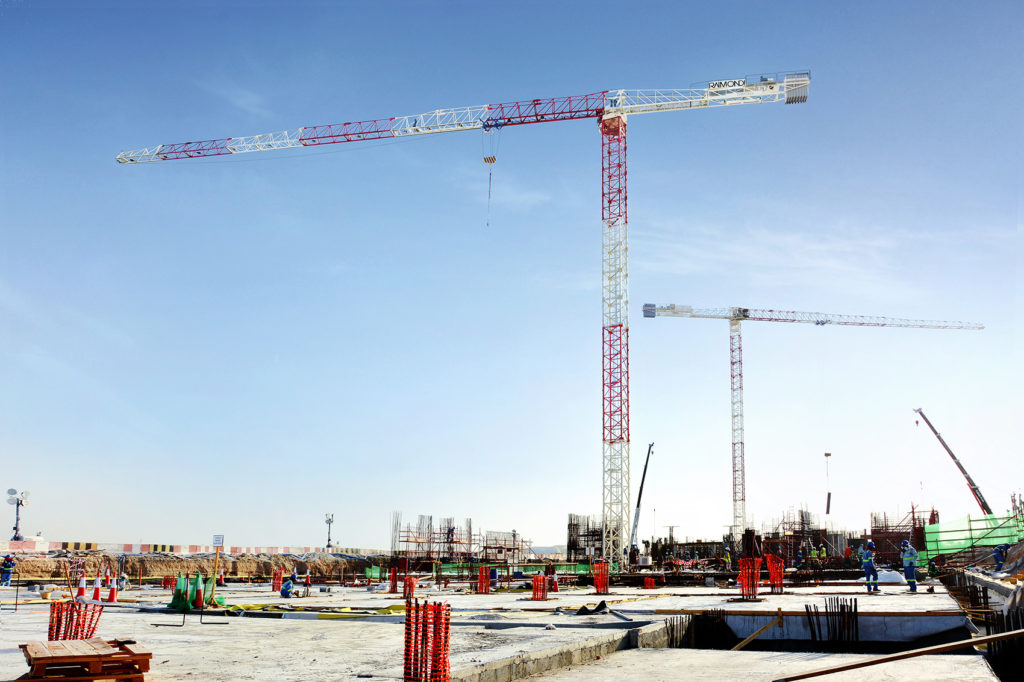 The two Raimondi MRT294s are part of NPC’s fleet

Both cranes, part of NPC’s existing fleet, have been put to work across the contractor’s many ongoing projects. For the Water’s Edge jobsite, Raimondi Cranes provided technical support including the maximum freestanding heights, as well as site erection planning. 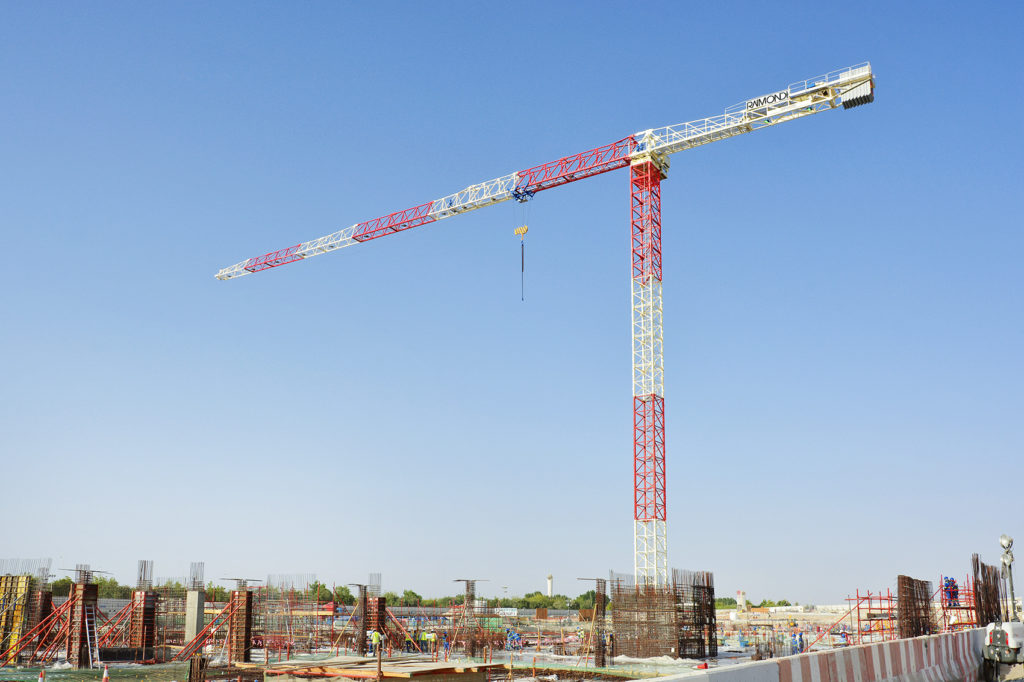 The MRT294 can reach a freestanding height of 65 meters

Featuring residential buildings, its own canal and an 800 meter promenade, Water’s Edge is a focal point of the Yas Island, a major leisure and entertainment destination in the UAE. The island also includes theme parks Ferrari World, Yas Waterworld and Warner Bros World, as well as a Formula 1 racetrack at Yas Marina. 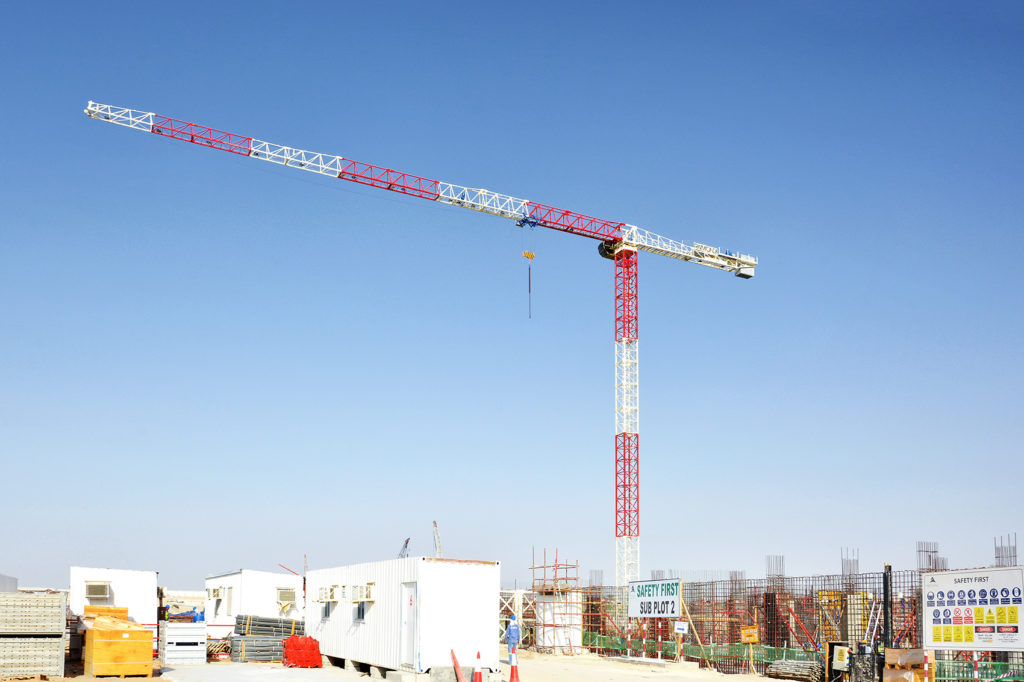 With an HUH of 62.5 meters and jib lengths of 60 meters, the cranes are based on the Water’s Edge development

“We have repeatedly cooperated with NPC to support their work on various projects as valued Raimondi customers. We were pleased to support NPC on its latest development by activating Raimondi’s Technical Office to meet our customer needs efficiently,” he added.