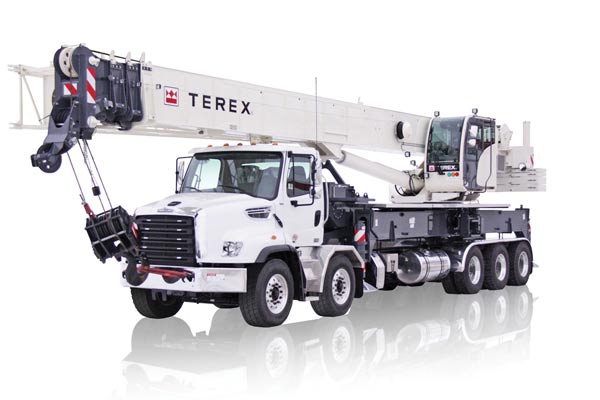 “Overall we had a strong first quarter,” stated John L. Garrison, Terex Chairman and CEO. “Our improving financial results, with adjusted operating margins greater than 9% and adjusted EPS increasing over 50% from what we presented in our Q1 earnings release in May 2018, clearly demonstrate the impact of executing our Focus, Simplify and Execute to Win strategy.”

“Aerial Work Platforms (AWP) started slower than last year, but gained momentum throughout the quarter. Revenue and operating margin were impacted by severe weather across the United States including a week-long closure of AWP’s principal manufacturing and distribution facilities in Washington state.  Additionally, the strength of the U.S. dollar, particularly against the Euro, represented a headwind in the quarter.”  Mr. Garrison added, “AWP is well positioned heading into the second quarter with $1.1 billion of backlog.”

Mr. Garrison continued, “The previously announced agreement to sell the Demag® Mobile Cranes business remains on track to close mid-year, subject to government regulatory approvals and other customary closing conditions. We implemented our new two-segment structure, and are moving forward with plans to further simplify our corporate organization and reduce general and administrative expenses.”

“We continue to invest in our Execute to Win business system, which remains focused on enhancing our capabilities in Commercial Excellence, Lifecycle Solutions and Strategic Sourcing,” commented Mr. Garrison.  “We are seeing benefits from each of these areas in our financial performance.”

Mr. Garrison concluded, “As a result of our first quarter performance, we now expect full year EPS to be in the upper half of our previously announced range of $3.60 to $4.20, excluding restructuring, transformation investments, and other unusual items, on net sales of approximately $4.7 billion.”

AEM Calls for Bipartisanship to Fix and Modernize U.S. Infrastructure