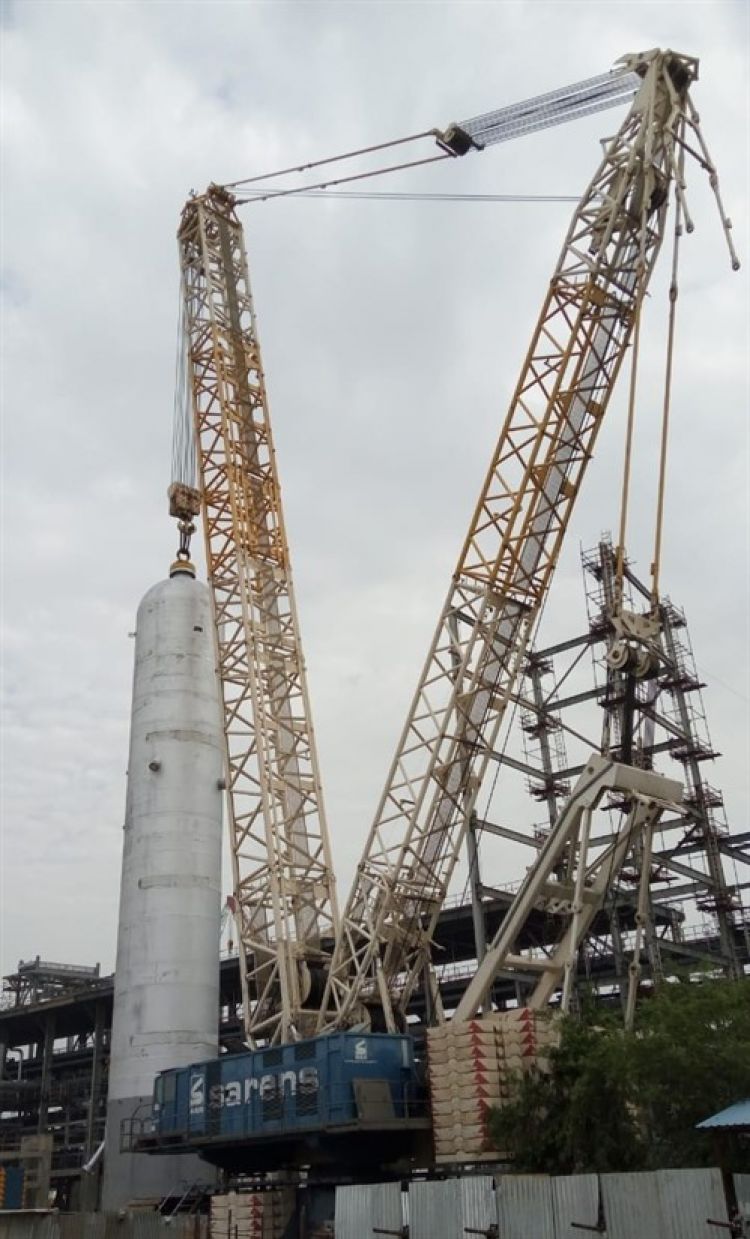 Sarens was commissioned by Offshore Infrastructure Ltd. on behalf of HMEL to lift a 380T DHT reactor at its site in Bhatinda, Punjab.

To undertake the project, Sarens deployed:

The cranes were transported from Delhi which took 15days to reach the site. Once offloaded, the cranes were assembled safely in seven days, despite space constraint. A dead pipe line was identified, excavated, and also removed during the area preparation phase so that the lift and movement can happen smoothly.

Our fifteen member crew upended the DHT reactor, measuring 38m long and 5.2m in diameter, with CC8800 as the main crane and CC2600 as the tailing crane. The reactor was lifted at a radius of 16m and the main crane slewed and marched to finally install the reactor.

Operations Manager, India, Deepak Sharma says, “The erection went on in a synchronised and systematic manner and the client appreciated our team for a safe and timely execution of the project.”