Rig All Inc. Helps Restore a Piece of History in Utica New York with Erection of Clock Tower 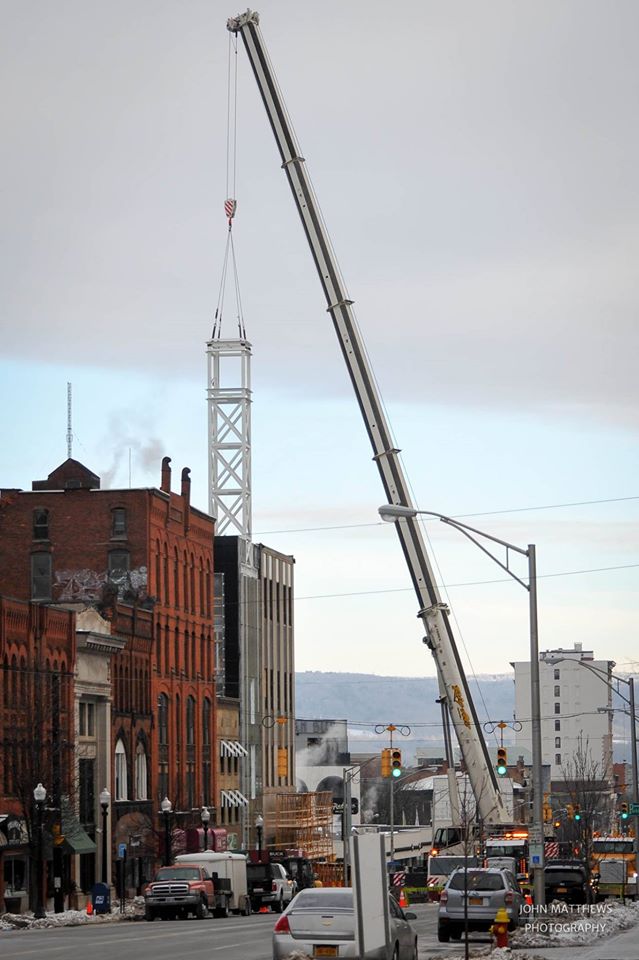 Utica NY: Rig All Inc. worked at the site of the Utica Bank to erect the lattice base structure for the 150 foot clock tower project. The expansion at the Utica Bank will reflect the history of the site that once housed the old City Hall. The old city hall building included a clock tower that was a focal point within the city of Utica. The clock tower is projected to be complete by the end of 2016.

The Terex AC350/6 was the crane of choice for this project. The AC350/6 was purchased from Empire Crane in 2015 for its ease of use as well as its versatile job possibilities. The AC350/6 compact 6 axle, 54.8â€™ length made the city street location easy to navigate for the clock tower job.

About Rig All Inc.

Empire Crane Co., LLC was founded by brothers Paul & Luke Lonergan in January of 2002 and has grown to become one of the largest premier crane dealers.

Rig All Inc. Helps Restore a Piece of History in Utica New York with Erection of Clock Tower was last modified: February 2nd, 2016 by Ron Selby