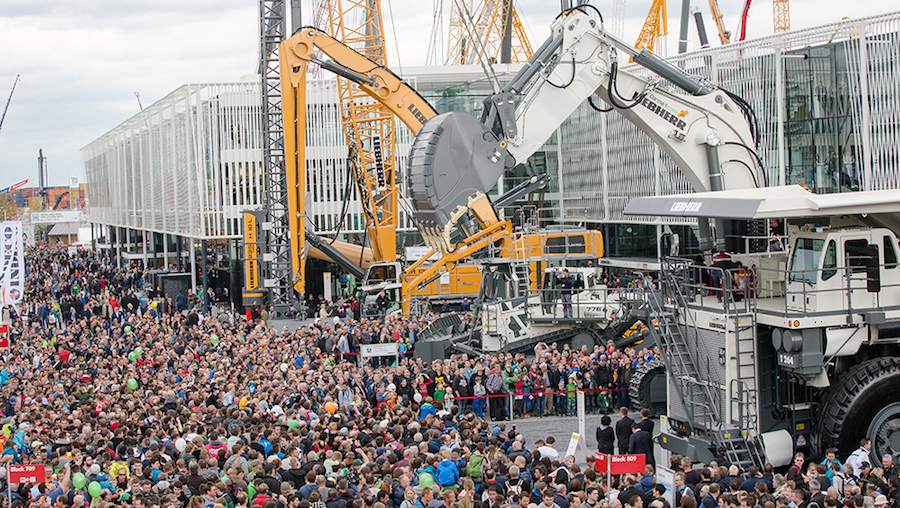 The commodities supercycle may be over, and mining still in the dumps, but that didn’t stopÂ half a million visitors from floodingÂ the sprawling grounds of the Bauma 2016 trade fair last week.

As the six-day trade show, the largest in the world, came to a close on Sunday, organizers reckoned around 580,000 visitors streamed through the gates of the fair, located on the site of the old Munich airport â€“ a rise of over nine percent compared to the last Bauma three years ago. Show organizer Messe MÃ¼nchen GmbH said after Germany,Â the top ten countries of origin among the visitors were Austria, Switzerland, Italy, France, the Netherlands, UK, Sweden, the Russian Federation, Poland and the Czech Republic. 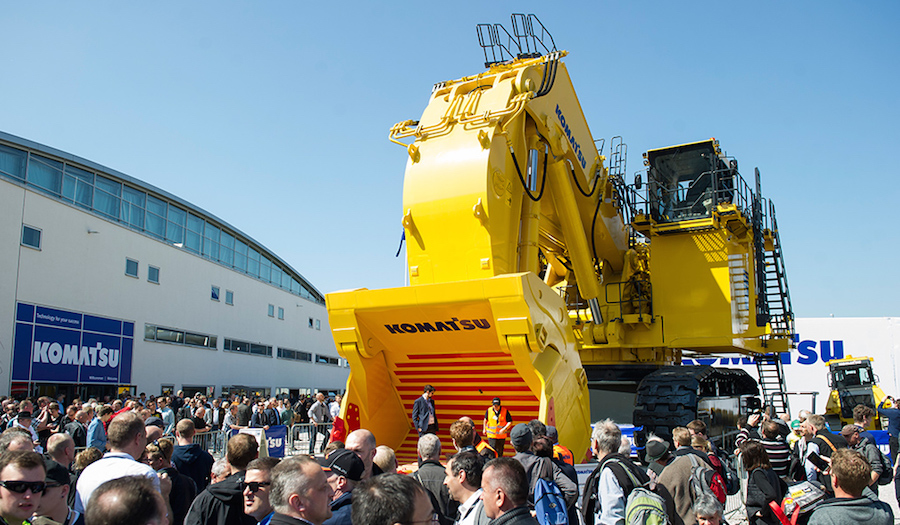 A total of 3,423 exhibitorsâ€”1,263 from Germany and 2,160 from abroadâ€”from 58 countries presented their products, developments and innovations on a record 605,000 square meters of exhibition space. Exhibitors from outside Germany accounted for 63 percent of the totalâ€”higher than ever before, according to a press release from Messe Munchen.

â€œThe response from the participants this year was amazing. The visitors at Bauma always come looking to invest, but this year the exhibitorsâ€™ order books filled up much faster than expected. Many exhibitors are talking about a record level of demand at bauma 2016. And that is an extremely positive sign in this current uncertain climate,â€ saidÂ Messe MÃ¼nchen Chairman & CEO Klaus Dittrich. 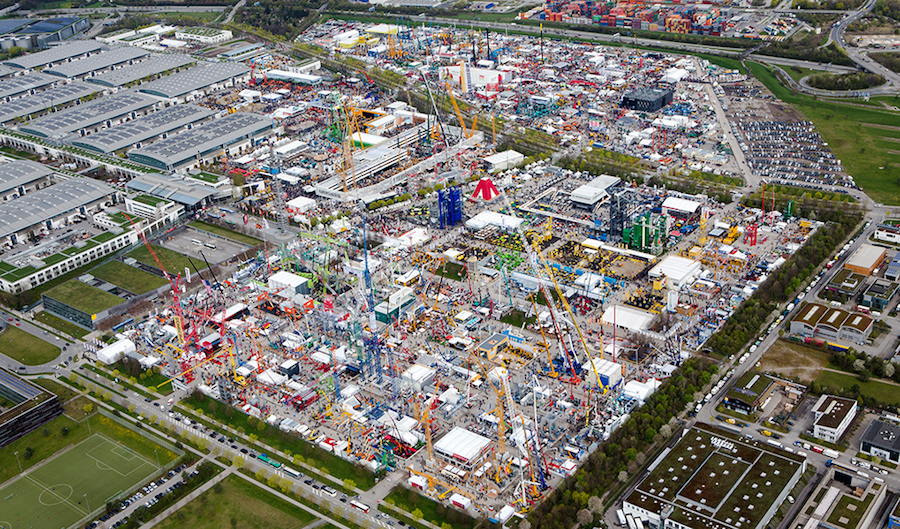 Liebherr, the Switzerland-based manufacturer of heavy equipment including the largest class of mining haul trucks and excavators, had an impressive outdoor booth which included a sleek, contemporary office building that took five months to assemble. The company’s 385-tonne T264 mining truck was a hit among visitors many of whom posed for photos in front of it. The truck bed even served as the playing field for a ping pong grudge match between Germany and Austria. TheÂ â€œMatch in the Mining Truckâ€ resulted in the Germans exacting revenge on the Austrians after last year’s defeat at the 2015 European championship final. Liebherr was also showcasing its new 200-tonne excavator, the R 9200. The machine’s 12.5-cubic-metre bucket is the biggest in its class and is designed to match mining trucks with payloads of up to 140 tonnes. The Komatsu PC7000 mining shovel was also one of the most popular and impressive machines to witness up close.

The visitors at Bauma always come looking to invest, but this year the exhibitorsâ€™ order books filled up much faster than expected.

â€œBauma 2016 was a tremendous success for Liebherr. We received many orders from a wide variety of different markets. In some segments our expectations were even exceeded,â€Â Stefan Heissler, a member of the Board of Directors of Liebherr-International AG, told Messe MÃ¼nchen.Â Erwin Schneller, managing director of SBM Minerals, reported that the company’s booth received visitors “from Chile to Canada, from China to Russia, from Africa to Norway. My personal highlight was that we signed up some unexpected sales at the show.”

Visitors during a demonstration at the Liebherr booth. Photo courtesy of Messe Munchen.

The upbeat reports from Bauma come despite some dismal numbers from mining suppliers and equipment manufacturers, including Caterpillar and Joy Global (NYSE:JOY). The latter’s sales fell by 25 percent in the first quarter, and the Wisconsin-based equipment maker showedÂ a net loss of $40.2 million compared with a $30.5-million profit in the year-ago quarter. Sales at Caterpillar (NYSE:CAT), the world’s largest heavy equipment manufacturer, are down by over $20-billion from a peak four years ago, and Cat said last SeptemberÂ it plans to cut up toÂ 10,000 jobs in a three-year restructuring program. Peoria, Illinois-based Caterpillar expects another 10% decline in revenue in 2016 to around $42 billion, but executives still can’t predict a bottom for the industry, saying in January that theyÂ can’t see any signs of improvement.

Still, Bauma was not the occcasion to dwell on the negative, and a number of new mining products were rolled out. These included: 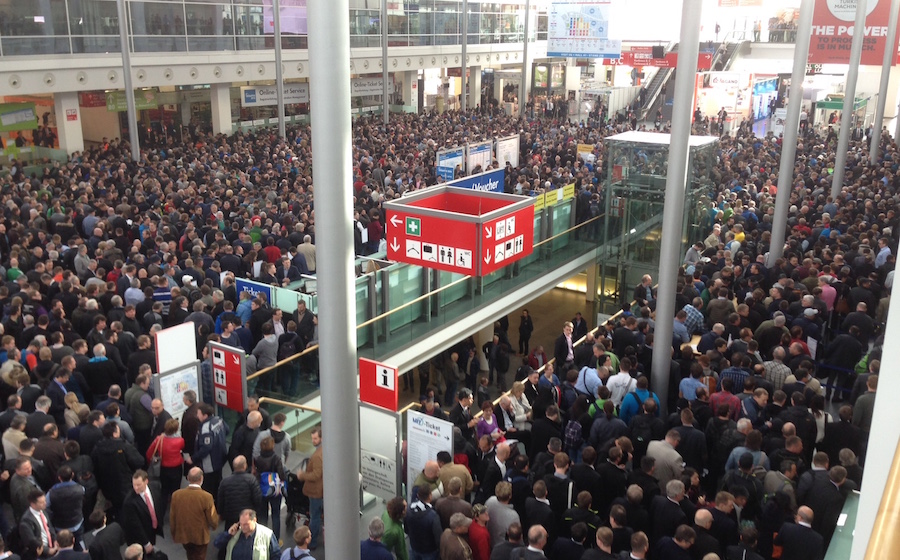 This article originally appeared at www.mining.com