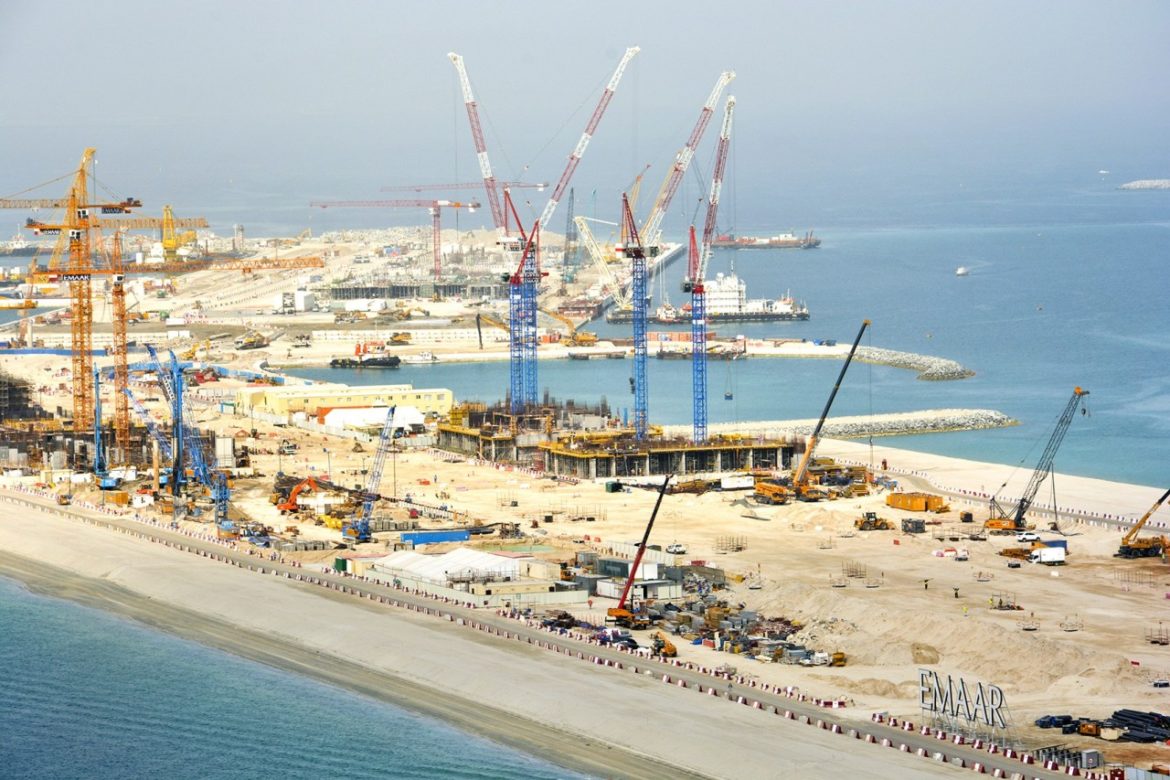 The development, scheduled for completion August 2021, is situated on an exclusive private island planned to have 27 residential towers overlooking the Arabian Gulf.

“The initial proposal included an intensive jobsite study followed by site planning focusing on the positioning of the cranes. Due to the high amount of simultaneous construction activity onsite, the site planning was crucial to ensure the safety and productivity metrics that Nurol wanted to achieve,” said Wael Hasan, Middle East Commercial Director, Raimondi Cranes.

Two of the new cranes, each with a jib length of 50 meters, are the first-ever Raimondi LR213s to be erected internally in existing structures onsite in the UAE, while the two cranes installed outside of the structures both have jib lengths of 55 meters. “Raimondi’s Middle East operations team will be performing monthly onsite maintenance, and as part of the overall after sales care package we will later execute the jumping procedure to enable the cranes to reach 150 meters in height,” continued Hasan.

“Nurol’s relationship with Raimondi Cranes continues to expand based on our several successful collaborative experiences over the past few years. During the proposal stage, we highlighted that as a fast-tracked project our requirements included extreme attention to safety, high performance lifting, as well as the least possible amount of downtime,” said Tahsin Tahmaz, PTD Manager, Nurol.

“Raimondi Middle East has continued to extend conscientious service on Nurol’s many jobsites, as well as providing superior heavy lifting machinery with safety as a chief tenet. Nurol decided that the Raimondi luffers were the best fit for this jobsite based on a number of factors including the LR213’s agility and its 14 tonne maximum capacity,” Tahmaz concluded.