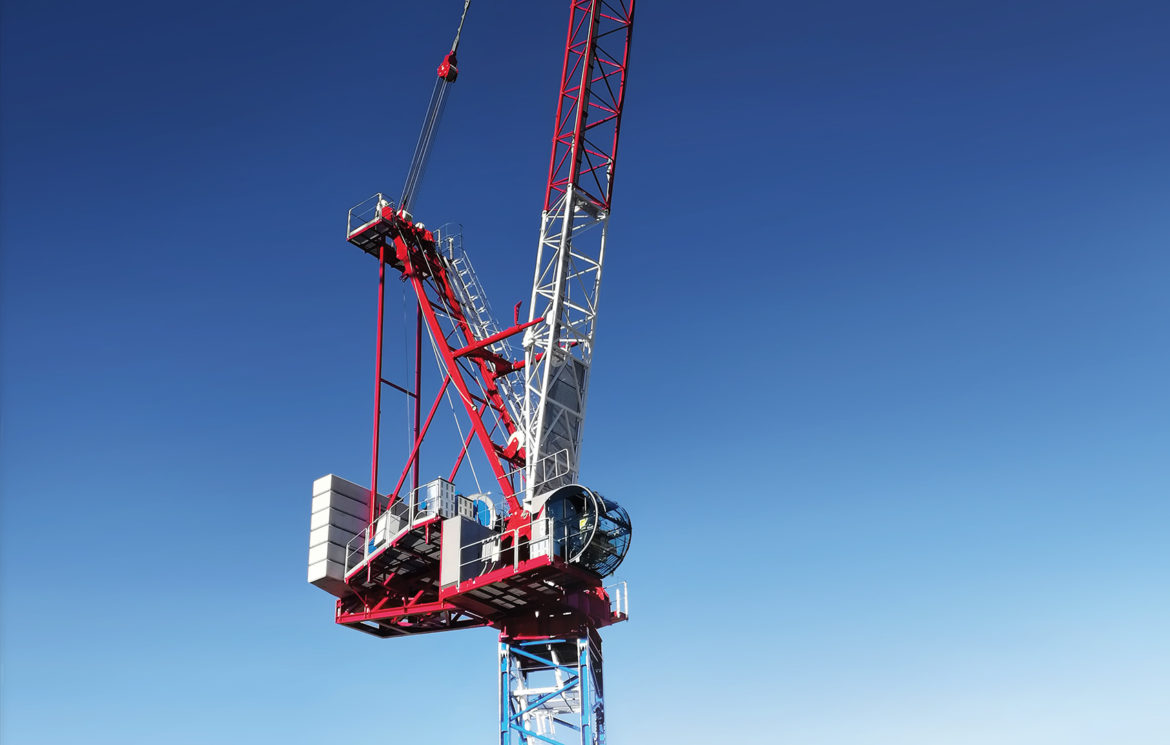 Raimondi Cranes has unveiled the latest heavyweight addition to its advanced luffing range, the LR372. Equipped with Raimondi’s next generation high performance winches, the LR372 is a 370 ton-meter class luffing tower crane with a maximum jib length of 60 meters and a maximum capacity of 20,000 kg in two falls configuration. At the maximum radius, the LR372 can lift 3,795 kg using Ultralift mode, making this Raimondi’s most powerful luffing crane to date.

“Following our internal tests and procedural checks, the LR372 was in testing phase for a total of three months. This short period of time was possible due to the crane’s main design engineering aspects being based off of the luffing LR330 that was launched last year,” said Eng. Domenico Ciano, Chief Executive Officer, Raimondi Cranes.

“One very important feature of the LR372 is that it may be installed on two different types of towers: for an internal climbing system, the new GR5H tower at a width of 2.0 meters, or the 2.3 meter width GR6 tower series (GR6B, GR6 and GR6L inclusive), for standard, external, and internal climbing configurations,” Ciano continued.

Ciano added that to address the technical aspects of the crane’s enhanced design, Raimondi worked closely with its supplier to develop a new motor that would optimize winch performance while reducing energy consumption now implemented in both the LR372 and the LR330. “Raimondi’s engineering team completed the design of our new LR372 in six months, including the new winches installed on the LR372. We have invested more than 2,000 hours between the mechanical and control system designs with a major focus on ease of use, maintenance accessibility, and structural strength.”

The LR372’s luffing movement, using the new 75 kW winch, is equipped with a standard emergency brake. The raise of the jib from 14.5° to 85° takes approximately 2.1 minutes with full load. “In terms of the hoisting movement, the LR372 is powered by the 110 kW winch with 880 meter rope capacity, and is equipped with the hydraulic emergency brake as a standard feature. Thanks to its outstanding drum capacity, the LR372 can work up to 380 meters with two falls and 820 meters with one fall. The LR372 can reach a maximum lifting speed of approximately 256 meters per minute,” said Ciano. He pointed out that the new slewing movement on this crane is driven by the two 15 kW motors fully controlled by inverters, allowing it to reach a slewing speed of 0.8 rpm.

“In terms of market relevance, the new LR372 is advantageous as it shares much of the same components of the latest Raimondi models. This allows our customers to build on their existing fleets while ensuring parts communality and servicing familiarity with Raimondi’s latest technologies,” continued Masetti. “In addition to our early success in South Korea, we anticipate that clients in Australia, Canada, the United Kingdom, Singapore, the United Arab Emirates, and the Kingdom of Saudi Arabia will find that the LR372 meets their needs.”

Potain MCT 85 at work on a new temple in India