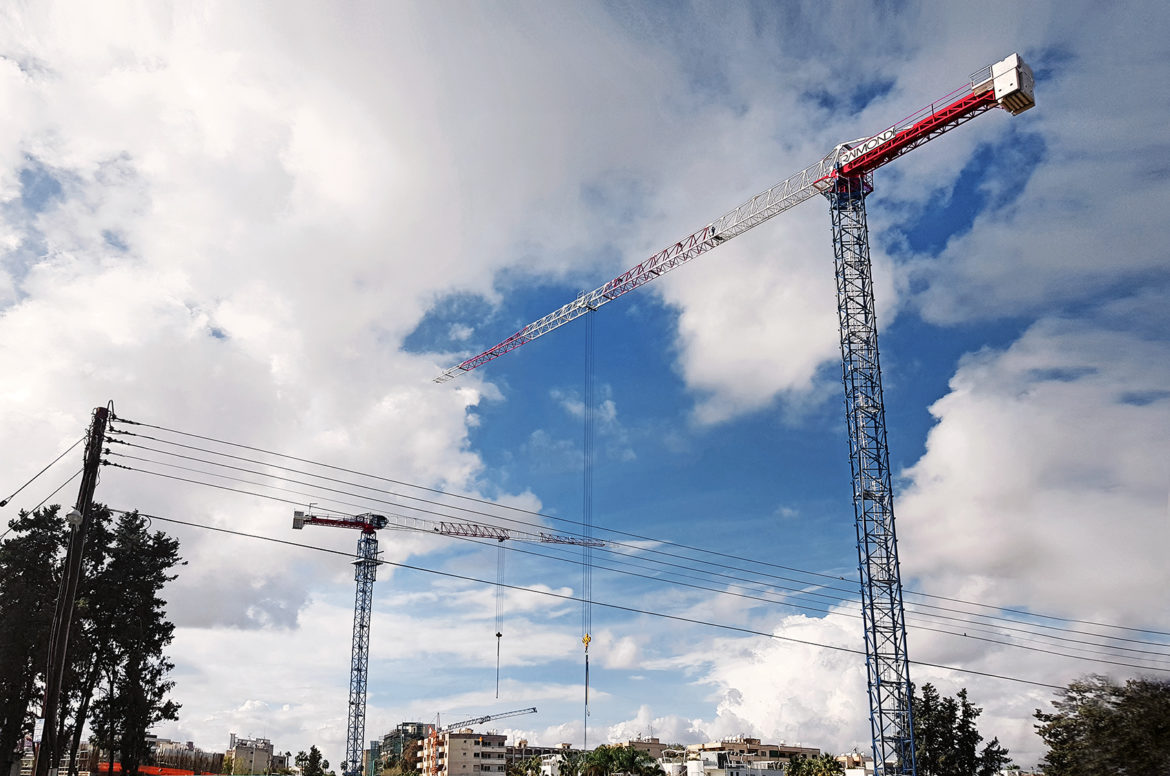 Raimondi Cranes has today announced the agency appointment of conAgro Ltd (conAgro) as the sole official Cypriot dealer of its tower and luffing cranes and its range of crane accessories in the country. The new agency appointment, effective immediately, is launched in tandem with conAgro’s sale of three Raimondi MRT111 topless tower cranes.
“conAgro is well known in the European construction market for its professionalism and competence, specifically with its comprehensive heavy machinery servicing and after sales care programs. Raimondi Cranes, seeking agency partnerships that put our customers in trusted and attentive hands, expanded upon our early conversations with conAgro to establish an exclusive dealer agreement,” said Eng. Mauro Masetti, Chief Commercial Officer, Raimondi Cranes. “Of paramount importance to conAgro was Raimondi’s European manufacturing techniques, design engineering, and material source trail.” 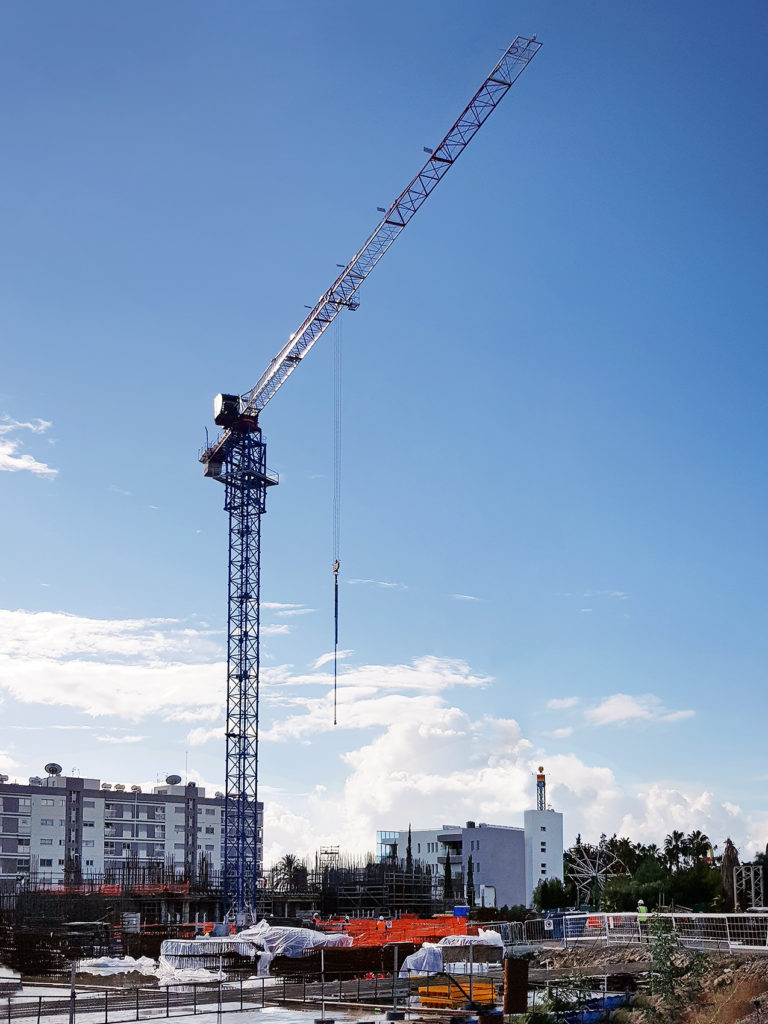 One of two Raimondi MRT111 cranes erected in Cyprus

The largest importer of construction, agricultural and specialized equipment in Cyprus, conAgro was founded in 1986 as AMA Charalambous Ltd and later rebranded to reflect its larger scope and increasing distribution market share. The company, headquartered in Nicosia with a secondary office in Limassol, represents a bevy of global names in construction, manufacturing, concrete, heavy machinery, and agriculture.

“conAgro is pleased to commence our agency appointment with the sale of three Raimondi tower cranes. As a full line provider of construction machinery, we have anticipated the demand for tower cranes in Cyprus due to its economic recovery and the subsequent growth of the local construction sector. We recognize the heritage manufacturer’s product quality and its strong support mechanisms, and have cooperated closely with Raimondi on behalf of our valued customers,” said Petros Rouvas, Chief Executive Officer, conAgro. 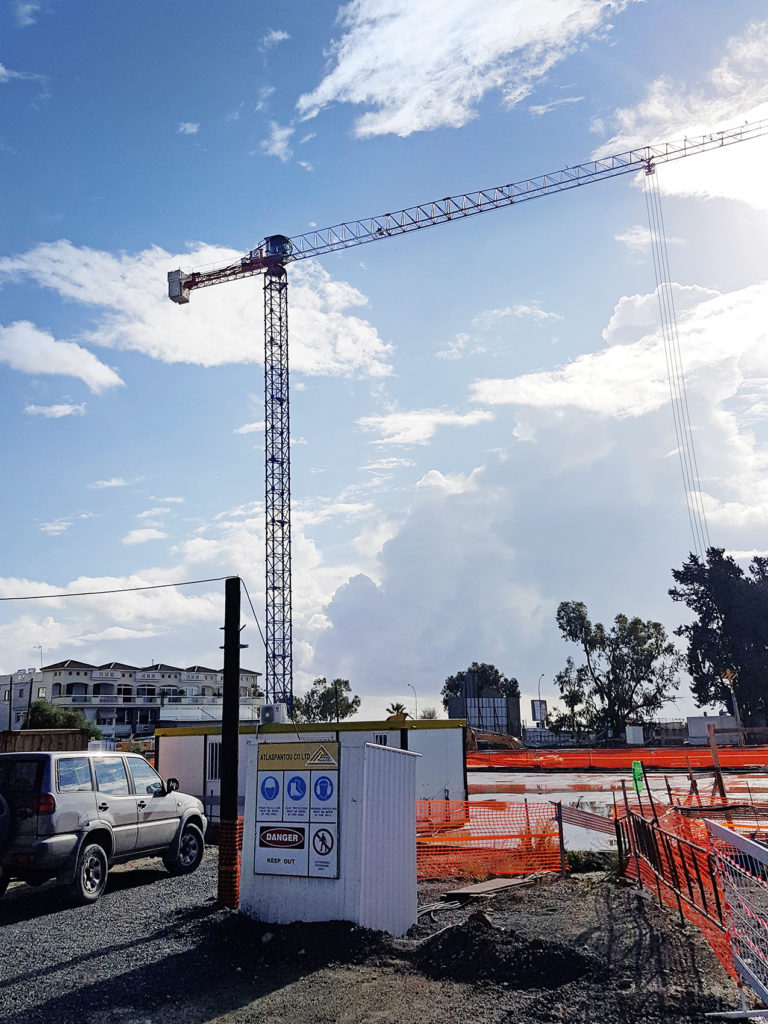 One of two Raimondi MRT111 cranes erected in Cyprus

Two of the new Raimondi cranes are currently operational onsite, having been sold to AMIC Contractors, the consortium behind the country’s waterfront Limassol Del Mar development. The third MRT111 crane, sold to Atlas Pantou-MAN Enterprise for the joint venture’s contracting work, will be erected at the Skytower Residence situated on the eastern side of Limassol. Rouvas added that the three MRT111 topless tower cranes were chosen for the model’s capacity to reach remarkable tower heights, over 100 meters, while maintaining high performance measures in terms of maximum load and hoist speeds. “In recommending the MRT111s, primarily we considered that the model’s capabilities suited the developments’ requirements very well, together with the excellent quality-price factor,” he said.