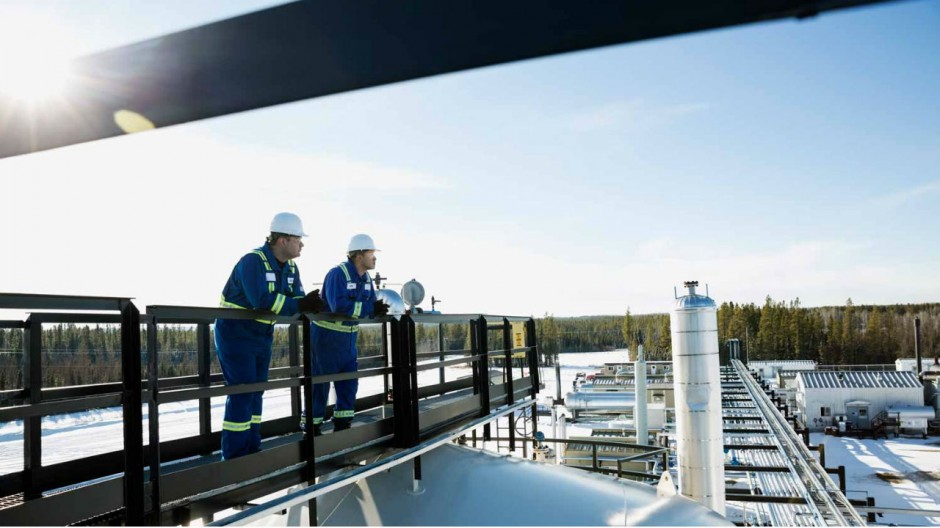 Canada’s federal government will buy the controversial Trans Mountain Pipeline and its associated expansion project for $4.5 billion in a deal that Ottawa states will ensure construction on the twinning project starts this summer.

The announcement comes days before a self-imposed deadline set by Kinder Morgan Canada to decide whether the proposal that would triple the capacity of the existing Trans Mountain Pipeline from Edmonton, AB to Burnaby, BC would go ahead.

“Our government believes that the commercial agreement we have reached with Kinder Morgan is the best way to protect thousands of good, well-paying jobs while delivering a solid return on investment for Canadians. This is an investment in Canada’s future,” said Finance Minister Bill Morneau.

Under the agreement, the government will provide loan guarantees to ensure that Kinder Morgan will be able to engage in construction through 2018. At the same time, the Trans Mountain Expansion Project, the existing pipeline and terminal assets will all be purchased for $4.5 billion, a deal expected to close by August 2018.

In a statement, the Ministry of Finance noted that the investment is at a fair price, and that there is significant commercial value in the existing assets.

“It is not, however, the intention of the Government of Canada to be a long-term owner of this project. At the appropriate time, Canada will work with investors to transfer the project and related assets to a new owner or owners, in a way that ensures the project’s construction and operation will proceed in a manner that protects the public interest,” the Ministry statement noted.

Jim Carr, Minister of Natural Resources, said the agreement will also bring greater protections to the environment on the BC coast and elsewhere. He noted that 157 conditions were set on the Trans Mountain Expansion Project, and that those will remain in place no matter who the owner of the pipeline is; in addition, the Oceans Protection Plan is in place to protect ocean species. All of those safeguards will be in place before the pipeline goes into operation.

“Today’s agreement will help advance Canada as an energy leader, as a place where good projects get built. This is yet another step in building an energy future with Canadians where the environment and economy go hand-in-hand,” Carr said.

The Trans Mountain Pipeline currently transports 300,000 bpd of product from Alberta to tidewater in BC. The expansion will increase daily capacity to 890,000 bpd.

Kinder Morgan Canada’s chairman and CEO Steve Kean said the company was pleased to reach an agreement that benefits Canada, the shippers who will use the new line and his shareholders.

“The outcome we have reached represents the best opportunity to complete TMEP and thereby realize the great national economic benefits promised by that project,” Kean said. “Our Canadian employees and contractors have worked very hard to advance this project to this critical stage, and they will now resume work in executing this important Canadian project.”

The government of Alberta, which will potentially also contribute to the Trans Mountain Expansion Project, said the project will generate billions of dollars of economic activity and government revenue.

“When Kinder Morgan issued its deadline on April 8, the Government of Alberta committed that the deadline would be met. Today, we are delivering on that commitment. We are pleased to have worked with the federal government to ensure construction resumes, certainty is increased and Albertans and all Canadians enjoy the many benefits of having this project go forward. There is more work to do, but we will not stop until the job is done,” said Alberta Premier Rachel Notley.

While the purchase of Trans Mountain should clear up uncertainty surrounding the project, challenges still remain. Several court cases are continuing, and the British Columbia government remains adamantly opposed to the pipeline; there is also significant public opposition in BC.

– originally reported by www.heavyequipmentguide.ca, 30 May 2018